While gendered marketing helps companies sell more products, some claim it reinforces gender roles, entrenching old ideas on what is masculine and feminine. Are such techniques dividing us or are boys and girls fundamentally different? 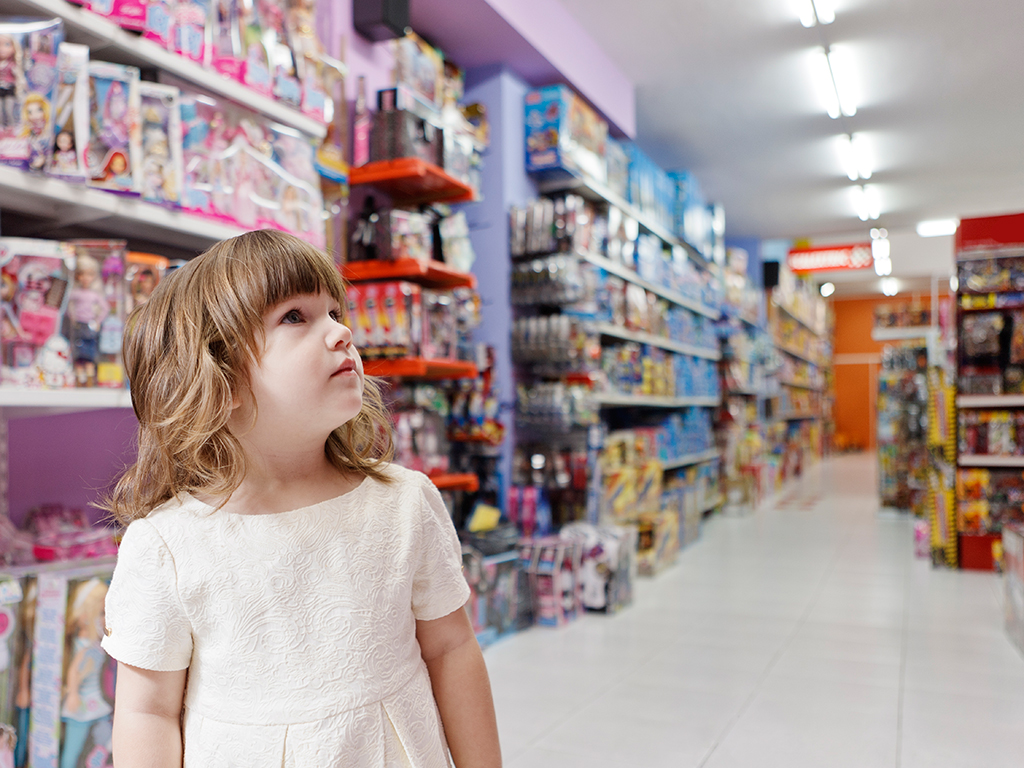 Promoting notions about what products girls and boys should like is not only damaging to the children of tomorrow, but outdated
Management

For some time now, marketing and advertising departments across the world have been dividing consumers into more easily digestible chunks. This practice is known as market segmentation. The thinking behind this sales strategy is that splitting a target demographic into narrower groups of consumers who have similar needs, wants and desires makes it easier to develop product lines to suit them. Once those groups have been established, gender groups being one example, companies get to work on developing product differentiation strategies, which is the art of tailoring product packaging, shape, texture, logos and even names to suit specific groups. This technique is applied to everything from toys to tanning products in order to help retailers sell more and more units, something they manage to accomplish with great success.

If a little girl can decipher the myth behind the gendered marketing madness, then why can’t adults seem do the same?

Gendered marketing, which is one form of market segmentation, is something that we have all come into contact with at some stage of our lives and, for most of us, the first time we experience it occurs when we are young children, roaming the aisles of Toys R Us with our parents, begging them to buy us the latest and greatest toy on the market. As we perused the paths of pink and blue in those halcyon days, we probably weren’t aware of the clever tricks being played on us by marketing executives. But they couldn’t outsmart one little girl. Riley on Marketing became a hit video on Youtube a few years ago – it features a small girl called Riley, summarising the downsides of this business practice perfectly. In the footage, she scratches her head, pontificating why all girls have to buy princesses, while all the boys must play with superheroes, when in reality boys and girls may want to have both. She then hits the nail firmly on the head, stating “the companies who make these [toys] try to trick the girls into buying the pink stuff instead of the stuff that boys want to buy, right?” The marketing masters couldn’t fool her into buying a Polly Pocket over a Mighty Max, but if a little girl can decipher the myth behind the gendered marketing madness, then why can’t adults seem do the same as Riley, and just say no?

Labelled for life
A good starting point for answering this question can be found by watching Kristen Drysdale and Zoe Norton’s Gendered Marketing segment on their show The Checkout which is aired on Australia’s ABC1. Apart from the duo being exceedingly funny, their findings are incredibly interesting. They begin by highlighting that, from the moment we are born, it is pink for girls and blue for boys, but it wasn’t always that way. In fact, it used to be the other way round, with pink being seen as a brighter, more commanding, masculine colour, while blue, being considered dainty and demure, was seen as possessing more feminine qualities. This divide was prominent in the marketing of kids toys between the pre- and post-World War II years, explains Elizabeth Sweet, in her New York Times article Guys and Dolls No More? However, she notes that this trend of separating boys’ and girls’ toys began to decline by the 1970s, with advertisements becoming more gender neutral: “Toy ads often defied gender stereotypes by showing girls building and playing airplane captain and boys cooking in the kitchen.” This trend didn’t last long, and by the 1990s separation began to pick up pace, with present-day children being subjected to gender marketing on unprecedented levels.

A doctoral candidate in sociology at the University of California, Sweet argues that the resurgence of gender marketing is two-fold. In recent years there have been extensive studies conducted that supposedly show how sex differences result in social phenomena like gendered toy preferences. The other reason why companies engage in such tactics is simply because ideas on gender are deeply engrained in our culture. Many parents worry about the social ramifications of their children stepping outside these predefined zones, making them more likely – especially with boys – to choose toys that are gender specific. No wonder, then, that these ideas about gender follow us into our adult lives.

Outdated concepts
Companies don’t just try to design toys around these ideas; they do it with a whole host of other products too. By creating his and hers versions of the same product, companies can sell more of the same item to consumers. Most men wouldn’t dream of using a ladies’ razor, but is there really any difference between Gillette’s Fusion for men and its Venus Embrace range for women? Well Cosmopolitan certainly thought so. When a study came out a few years ago that showed that a large amount of women had started using Gillette’s male-marketed product, because they thought its blades were sharper, it prompted the magazine to write an article urging women to switch, even though the blades used are identical in both. One area where they do differ, however, is on price. It’s not the only product where this occurs. Even though there is no real difference between women’s Garnier UltraLift and Ultimate Moisture by Neutrogena for men, we still tend to buy the gender-marketed product time after time.

Gendered marketing didn’t arise by accident. Just like stereotypes, there is some truth or at least history behind it to back up marketing departments’ use of gender-based products. However, as society has evolved, becoming less conservative and giving rise to greater equality between men and women, people are gradually feeling more comfortable exploring more nuanced aspects of their characters, with new, far more complex forms of identity beginning to emerge. What this shows is that human beings are not blue or pink. Instead, they exist on an infinite spectrum, where beauty meets power in the form of UFC Bantamweight Champion Ronda Rousey, and where Ryan Gosling is partial to the odd bit of knitting to help him unwind. There will always be people that fit neatly into preordained gender roles, and that is fine, but for those that don’t, such concepts limit their horizons and lead to internal struggles and suffering. We should allow our kids to be free to choose the types of toys they want and make the path of finding one’s identity a little easier by putting an end to gendered marketing, at least for our children.