While crowdsourcing has been around for at least half a decade, many businesses are still struggling to latch onto the advantages this new form of communication can offer, writes Rita Lobo 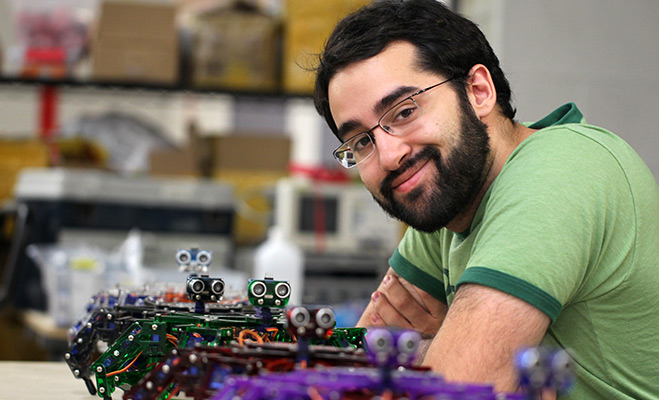 After ‘wiki’, ‘crowdsourcing’ has become one of the most buzzed-about words in ‘netlish’ – the new term for internet English – of the last couple of years. Increasingly though, businesses are discovering the power of crowdsourcing, and how useful a tool it can be.

Throughout the production process, seeking input from consumers has become a cheap and effective way to develop products and services.

According to Jeff Howe from Wired – who coined the term in 2006 – crowdsourcing is “the act of taking a job traditionally performed by a designated employee and outsourcing to an undefined, generally large group of people in the form of an open call.” While in the past companies might have invested their own money in developing projects, the arrival of social media has redefined consumer participation.

For example, Coca-Cola has called upon its Facebook followers to design a new logo. Lay’s potato crisps has asked its customer base to decide on a new flavour for the snack. Whole teams of designers and product developers would have been tasked with such missions: today, companies are increasingly embracing the idea of outside input.

Research and development
While the efforts of Coca-Cola and Lay’s could be dismissed as publicity stunts or simply ways of interacting with consumers, the power of crowdsourcing must not be underestimated. In essence, as well as fostering a community spirit and consumer loyalty, it is a source of diverse labour.

The charity Cancer Research UK has turned to the internet for help in analysing its millions of cell slides. Paul Pharoah, a research fellow at Cambridge Univeristy who works in partnership with the charity said: “There is information that can transform cancer treatments buried in our data – we just needed the manpower to unlock them. We’ve turned our data into something that can be accessed by anyone – you don’t have to be a scientist to carry out this type of cancer research. If we can get millions of people on Cell Slider, we hope to condense what normally takes years of research into months.”

It is a simple model. Internet users click through slides after a brief tutorial and report if they see abnormal cells. Each slide is reviewed by many volunteers and is easy to understand. So far, 36,000 images have been analysed by volunteers. The extra data analysis is invaluable to a research organisation such as Cancer Research UK. It dramatically reduces the amount of time and resources invested in the cell analysis, allowing the organisation to process more samples, faster.

Though straightforward for the volunteer, the system is based on a series of complex algorithms that weed out accidental clicks and inaccuracies as well as crosschecking data between users and pathologists to determine who can be considered ‘reliable users’. Though Cell Slider is a very specific crowdsourcing initiative, the principles can be applied to many other projects.

Know the consumer
A simple algorithm, similar to the one used by Cancer Research UK, can be used to help determine what consumers think of a product, design or idea. Eric C Nelson, of Business2Community, online specialists on social media, said: “You can involve potential customers in the process of developing a new product or service, showing them your aim is to meet their needs. Crowdsourcing serves your ‘Customer Relationship Management’ purposes as much as it does your ‘Marketing and Product Development.’”

Entrepreneurs have taken to crowdsourcing at even more primal stages of their business ventures. One of the most well known crowdsourcing websites out there, Kickstarter, enables designers, engineers and creators of all sorts to link up effectively with sponsors in order to get their projects off the ground.

The idea of Kickstarter is to allow users to pledge money to projects they are drawn to, usually in exchange for small tokens such as spending some time with the creators or being credited as a producer in a given project. The platform has proved popular with filmmakers and engineers. Since its launch in 2009, over 30,000 creative projects have been funded through the platform, which operates an ‘all or nothing’ policy in order to prevent fraud: if the full sum is not raised, investors get their money back and the project does not go ahead.

Projects have consistently raised over a million dollars in pledges, the record being $10,266,8545 raised for the Pebble E-paper Watch: a watch that connects wirelessly to a smartphone. ArcBotics also found success via Kickstarter, raising funds to develop its ‘cheap robots for everyone’. The usefulness of crowdsourcing, much like other types of social media, relies on how creatively and effectively a business applies it.

Do it yourself
Companies have turned to crowdsourcing as a way to reduce their customer service costs by recruiting consumers to troubleshoot or give out advice on how to interact with a product successfully. Most people are happy to log on to an online forum and discuss their queries with other consumers like themselves, saving time and potentially money.

Crowdsourcing has also become a business in itself: Kickstarter is a successful start-up. Other online companies, like 99designs.com, allow businesses to outsource their design needs. They charge a small fee to the company, freelance designers from around the globe pitch ideas, and the company is free to pick any of the designs submitted.

Others have created translation platforms, where one company will upload the file they need translated and a freelance translator anywhere in the world will pick it up.

Crowdsourcing can have infinite applications for businesses – if used intelligently and creatively. From cost cutting to market research to simply interacting with consumers, the opportunities are endless.