Internet connectivity in Africa is going through the biggest transformation ever, following the launch of a submarine cable stretching from the West African coast to Europe 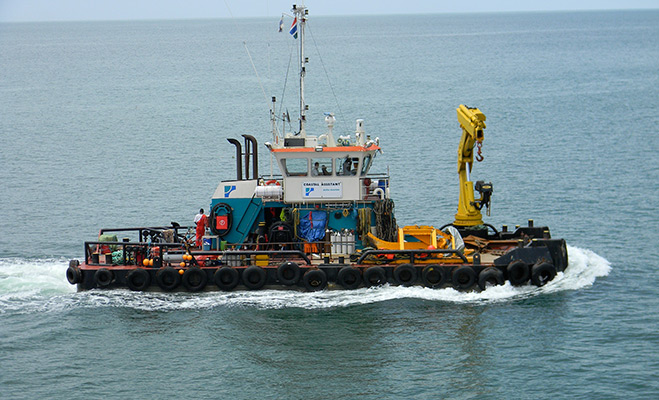 The Gambia recently hosted the launch of one of the most ambitious telecommunications projects in Africa. On December 19, 2012, up to 500 international policy makers, regulators, operators, vendors and service providers from across the world converged in Gambia for the historic launch of the Africa Coast to Europe (ACE) submarine cable.

The ACE consortium, which is led by France Telecom-Orange, is made up of 16 members from Africa and Europe. The $700m cable will ultimately extend over 17,000km from Brittany in France to Cape Town in South Africa, at depths close to 6000m below sea level, linking Europe to Africa with high-capacity broadband connectivity.

An African milestone
“This is a milestone in the transformation and advancement of telecommunication in Africa. The system will use the most advanced high-speed broadband fibre optic technology,” Yves Ruggeri, the Chairman of ACE explained. “The ACE submarine cable will connect more than 20 countries directly for coastal countries and indirectly through terrestrial links for landlocked countries like Mali and Niger. ACE connectivity will become a key driver of Africa’s social development and economic growth.”

Ruggeri, who is also the Director of Networks Strategy and Submarine Systems at France Telecom-Orange explained that the system has a design capacity of 5.12 Tbps and is supported by the new 40 Gbps wavelength division multiplexing (WDM) technology.

Hence making it possible to increase capacity as required and to adapt to the latest technological improvements by upgrading station equipment without any submarine cable modifications. The ACE system will also facilitate connectivity with terrestrial fibre optic cables.

High speed at low cost
ACE has deployed the latest fibre optic technology developed by Alcatel-Lucent. This offers better high-speed broadband internet quality than satellite and at a lower cost. Lamin Camara, Deputy Permanent Secretary at Gambia’s Ministry of Information and Communication Infrastructure, who represents the country in the ACE consortium, noted that the system will allow more than 20 countries in Europe and Africa, including two landlocked countries, to own capacity. “This will give all countries in Africa the opportunity to access the international broadband network at a lower cost. It will increase high-speed internet in Africa, thus reducing the digital divide and triggering social and economic development,” he explained

Increasing the network capacity will allow the reduction of the final subscription cost and will address the strong demand in these countries regarding the internet and mobile networks. ACE will also promote better network reliability as well as greater flexibility.

Thus far the first phase of the system has been launched, segments one to three, which stretch from France to Sao Tome & Principe. The next phase, segment four, is now being launched for potential investors to participate in the Consortium. This will extend the cable system to South Africa and beyond, with branches in DRC, Angola and Namibia. ACE also aspires to further extend inland to landlocked countries as part of its strategy to expand within the African continent.