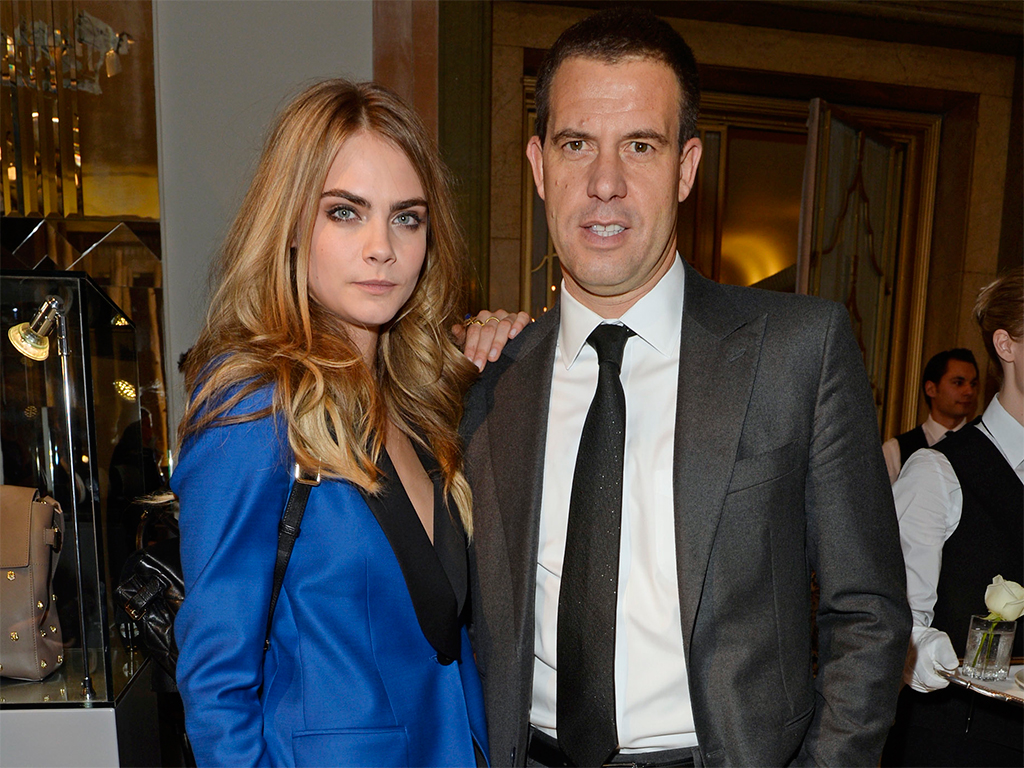 Cara Delevingne and Mulberry CEO Bruno Guillon: after a bumpy two years in charge of the fashion brand, Guillon has resigned with immediate effect
Management

After two years in charge, Bruno Guillon has stepped down as CEO of Mulberry. The departure, though sudden, was not entirely unexpected as the company has struggled since the creative director Emma Hill left. Despite being a firm favourite with the fashion pack, and considered an exemplary British brand, the luxury handbag manufacturer had issued a profit warning less than two months ago.

The profit warning was the third instance in less than 18 months that the company has been forced to downgrade its earning forecast. During Guillon’s two years in charge as CEO, Mulberry lost over two-thirds of its value.

During Guillon’s two years in charge as CEO, Mulberry lost over two-thirds of its value

The company particularly struggled with the departure last summer of Hill, the creative director credited with reinventing the brand and returning it to success. It was speculated that Hill’s departure was driven, at least in part, from disagreements with Guillon over strategy. Hill left 2013 after six years with the brand, citing “disagreements with management over creative and operational strategy.”

Guillon’s controversial strategy of raising the price of Mulberry handbags in order to move the company towards the higher end of the luxury good market did not appeal to consumers, and profits have been dropping dangerously. Over Christmas, sales remained so low, Mulberry was forced to slash its prices, leading to the latest profit warning. Since Guillon joined the company as CEO, shares in Mulberry have dropped 68 percent.

Former CEO and current Chairman Godfrey Davis, will assume the reins while a suitable replacement for Guillon is found. “I, along with the board, would like to thank Bruno for his hard work over the past two years,” he said in a statement. “He has helped improve the quality of the Mulberry offering and enabled the company to increase its international appeal and grown international retail sales. I am confident that Mulberry has the heritage, brand appeal and products to build on what has been achieved.”