‘You can’t run a brand without a brand leader’: Roger Saul on Mulberry

Mulberry founder Roger Saul is credited with creating one of the few British fashion brands to achieve heavyweight status. But how has the label survived since his departure? 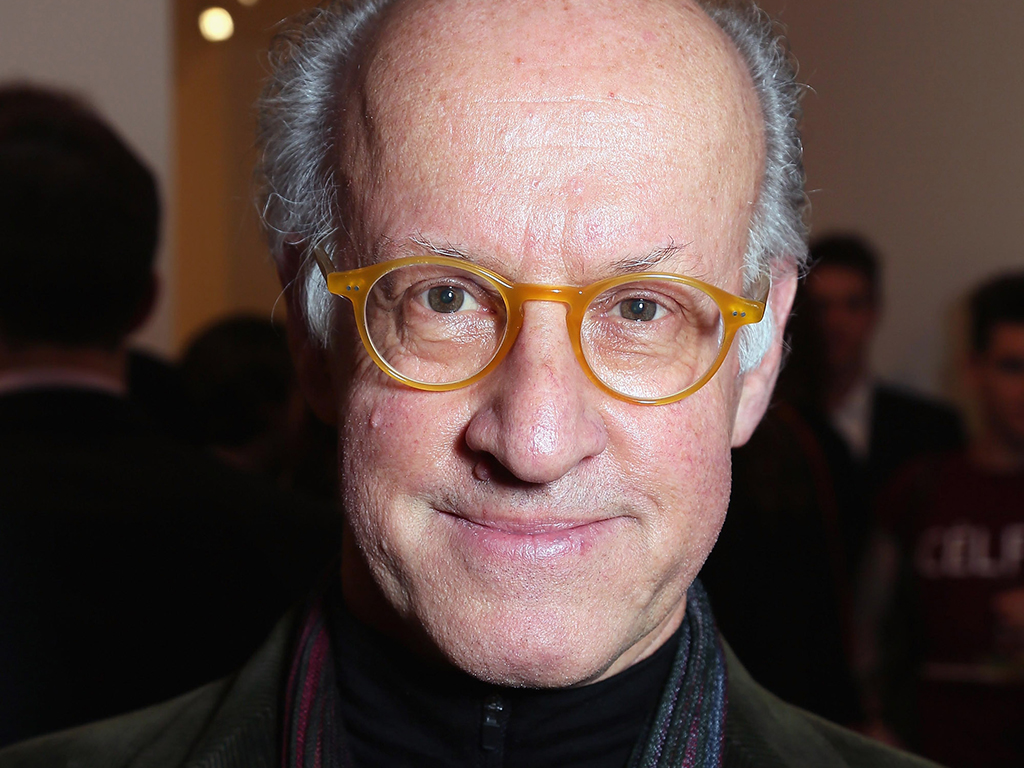 The man who fought back: after being ousted from Mulberry, its founder Roger Saul turned his attention to Sharpham Park - an organic farm, and a discount fashion retail outlet called Kilver Court
Lifestyle

The brand has attempted to climb the luxury market ladder by increasing its price tag: originally costing hundreds of euros, its products now retail well into the thousands, effectively pricing out its traditional customer base. Sluggish profit warnings were followed by official confirmation: according to a preliminary results report for the year-end on March 31, 2014, profits before tax were down £12m on 2013’s figures.

Several high profile departures have brought the fashion label into disrepute, including CEO Bruno Guillon’s resignation in March of this year. Blamed for raising product prices while undertaking global expansion, he and Emma Hill, the brand’s Creative Director, had a disagreement over the direction of Mulberry which allegedly led to her own resignation in June.

The company’s Chairman, Godfrey Davis, has stepped in as interim chief executive until a successor is found. Hill’s position has also yet to be filled. “You can’t run a brand without a brand leader, a great designer, a great international sales team,” said founder Roger Saul to European CEO.

A passion for fashion
Saul’s journey to fashion mogul status began when he turned his back on a business studies scholarship at Westminster College after becoming absorbed in a self-created business management trainee role with John Michael, the Carnaby Street fashion guru of the 1970s. Though Saul scoffs at being labelled ambitious, it was clear he was driven by a purpose to succeed at what he loved most: fashion. “[I] thought ‘wow, I could do this, I could do better than that,’” he said. “I rang my dad and said, ‘where can I get some buckles?’”

That seemingly innocuous request for materials then launched the fashion empire we know today. The strategy at the time, according to Saul, was to establish Mulberry in the fashion world through high profile links with established brands, department stores and boutiques. He had his first taste of success in the late 1970s with some high profile belt and handbag deals.

During this period, his clientele included the who’s who of the global fashion glitterati: Christian Aujard, Kenzo, Enrico Coveri, Ralph Lauren, Burberry, Jaeger and Lanvin, to name just a few. Yet he wanted more.

Just as he was mulling over his next move, a global recession engulfed the business community, making selling to boutiques and department stores increasingly difficult, especially in the US. Virtually overnight, he lost half his business. Turnover went from £1.25m to £700,000 by the end of the decade. “It was like [being in] a black hole… we didn’t know how long [the company] would last”.

The British designer now had to refocus his business strategy. He decided to make the move from selling his products in department stores to opening his own shop. “[I] realised, if we couldn’t get ourselves in front of the consumer with a very clear brand image, and the product looking right… you will probably be… gathering dust on somebody else’s shelves,” he said. “So it was an absolutely vital move, but it was ever dangerous because our cash flow went to pieces; we had gone into retail which meant now we were holding stock, we weren’t getting paid for it to be sold, so we had another six months of stock, if you like, on board.”

The risk paid off. The 1980s brought massive growth for the company and cemented Mulberry as a global brand. Still, the greatest test for him, both personally and professionally, was yet to come. As the millennium hit, the fashion vanguard set out to reclaim his momentum in America and break new ground in Asia. Enter Christine Ong – hotelier, fashion retailer and wife of a property tycoon. “We had to find new markets and off we went,” he said. “And that’s when we found Ong in Singapore… [she was] very powerful in the Far East and very powerful in the States with Georgio Armani. So it looked like we had a natural partner.”

Days are gone
Saul says his outlook was dampened immediately as the ink dried on their contract. “As soon as she was in, she made it clear she wanted me out,” says Saul. “That was the harsh reality.” A two-year ‘battle’ raged over control of the company. Finally, over just one weekend, he says he was forced out of the company he founded. “Coming through that, it was such a sudden ending that it was complete emptiness,” he said. “I had done Mulberry for 34 years and now suddenly I was not in Florence on January 2nd, nothing, everything disappeared.”

The pugnacious businessman was no more. “I had developed into a pretty hard bastard skin towards the end of my fight with Ong,” he said. “You know, I was pretty driven in that period. Whereas later, I was trying to find who I was. I suppose too, [I felt] a certain worthlessness. You know, was I no good?”

On share prices alone, three clear periods in the company’s life cycle can be identified: growth from 1996 to 2008, dramatic growth from 2008 to 2012, and then a period of stagnation from 2012 until recently. Saul becomes reticent in accepting full credit for planting the seeds of growth during the second phase. Still, he makes clear the creative strengths of the design and marketing team, led by Emma Hill and Georgia Fendley, played largely to the heritage brand he had built. Though Saul adds that other recent management decisions have overridden these creative successes.

“Being an entrepreneur and a creator is a desperately
lonely space”

“If you want to head for luxury with a brand, you’ve got to have a luxury market to approach, haven’t you?” he said. “And the luxury market in the UK is pretty small compared with the rest of the world.” Saul’s thoughts appear to be reflected in incumbent team members’ public statements.

“Our traditional customers have found our products unaffordable, or not to their taste,” said Executive Chairman Godfrey Davis to Management Today, adding that Mulberry will double its UK production capacity and will be introducing more affordable products in the £500-£800 price range. Saul casts doubt on the effectiveness of this new plan.

“You can’t manufacture cheaply in the UK anymore,” he said. “Costs are such compared to other countries that I dare say they’re probably manufacturing some of those products internationally, I guess, to achieve the prices that they need to.” Saul adds that he never intended for Mulberry to be a luxury brand. “Luxury was always a word I was not sure about,” he said. “You should always be a valuable product, a product that people desire and you should always be something that people can think ‘Oh God, great, that’s what they’ve done’ when they see the next collection and so on. But luxury, I think, it is a bit of a dangerous word today.”

Down but not out
Since prices began oscillating two years ago, Saul thinks it will take a few more years for consumer confidence to rebound. Jon Copestake, Chief Retail and Consumer Goods Analyst at The Economist Intelligence Unit, told European CEO that wrong pricing decisions have alienated the aspirational middle class consumers in the UK, forcing some to abandon the brand.

“I think coming back into that market, obviously it’s quite a difficult game for Mulberry, it’s a bit of a balancing act. Because they don’t want to denigrate the brand they are trying to establish,” he said. “But they’ve obviously seen that the consumers for their goods are particularly price sensitive.” Despite current company woes, Copestake says its problems do not spell the end of the iconic British label.

“If brands are struggling, they get bought,” he said. “And there’s quite a big appetite as well, for buying these sort of brands, coming out of countries like China… because there’s lots of cash which is liquid… [Chinese entrepreneurs] are looking to get some ready-made western brands with those credentials to establish themselves. One of the important trends is you might see more and more retail brands coming into foreign ownership.”

As his time with Mulberry drew to a close in 2002, Saul said he found solace in his family. He also cashed in his Mulberry shares, partly to make ends meet but to also invest in Sharpham Park, an organic farm, one of his latest ventures. His late sister, who was searching for nutritious, easily digestible foods as she battled cancer, suggested he grow spelt. In just a few years, he has transformed Sharpham Park into the country’s largest provider of the grain. Partnerships with Bowel Cancer UK, the creation of healthy lifestyle website greatbritishspeltrecipes.com and publicity campaigns with celebrity chefs and food writers have shone a national spotlight on his efforts.

“[I want to] take the brand and really drive the sales internationally,” he said. “Sharpham Park so far has been a UK brand, but I think now it’s time to really use the book, the ingredients range, and the British-ness of what we’re doing. That’s my push for that brand.” His enthusiasm gained momentum as he discussed his latest venture: a discount fashion retail outlet called Kilver Court. He has applied his business acumen to this project, building it from a company with no turnover to one that has processed over £10m in sales. Later this year, he will expand the shopping centre to include six new global brands, thus appealing to his international clientele’s tastes. Long-term prospects are stable for retail hubs such as Kilver Court according to Copestake.

“I think factory outlets are definitely coming to the fore. They seem to have this big thing for driving footfall from Asian consumers, particularly Chinese consumers, when they come to the UK as tourists,” he said. Though Copestake adds discount shopping centres and their high street counterparts are competing for a diminishing demographic as consumers increasingly turn to the online marketplace. Saul says that is why a more robust online shopping presence will come to fruition for Kilver Court in the near future.

“Being an entrepreneur and a creator is a desperately lonely space in that you have to believe you are going to get there,” he said. “But it can take quite some time. Certainly financially, I’ve had to commit once again all my money into these projects, without, you know, the complete certainty that I’ll get further [banking and other investment] support.” Ever the industrious entrepreneur, Saul’s plans do not end there. He quips about developing a new business around yet another great passion – tai chi. Though his interests are varied, they reflect a man who is constantly seeking reinvention. It is a process he says the company he founded decades ago must also go through. “Mulberry is such a strong brand, it will find itself. But they’ve got to put the team together now to make that happen.”