The pharmaceutical industry could crumble as a number of patents on top-selling drugs are about to expire, which could cause a massive fall in profits 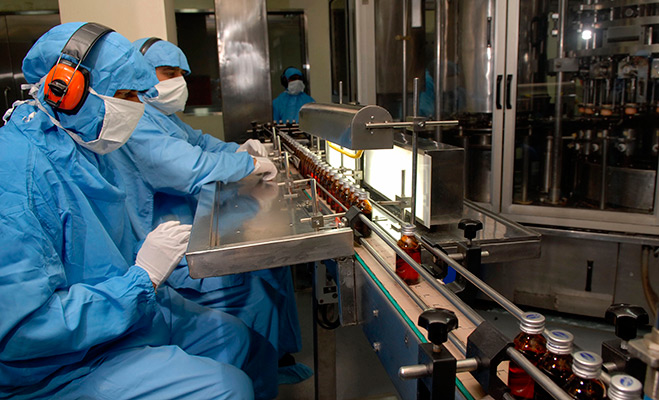 The so-called ‘patent cliff’ has been a much discussed and feared event in the pharmaceutical business. Of the 133 blockbuster drugs that account for 34 percent of the market, 13 are coming out of patent in the US and European markets in 2013, and even more by 2015. EvaluatePharma estimates that $250bn in sales will be wiped out by the middle of the decade. European pharmaceutical companies alone stand to lose somewhere in the region of $10bn in US sales.

The expiration of drug patents will wreak havoc in the pharmaceutical business and has been much discussed over the past few years, and the issues surrounding the impending patent cliff are plenty and complicated. The American patenting system is anything but straightforward – patents can be granted anytime during the long drug development, they last 20 years and come with or without exclusivity rights. Patents also vary from country to country, and between types of drugs. Though waves of patent expiries have hit the pharmaceutical industry before, the next three years represent “one of the biggest challenges” the industry has ever faced, according to Joseph Jimenez, CEO of Novartis.

“Pfizer’s Lipitor, the best-selling prescription drug in history, went off-patent in 2011, and analysts expect Lipitor sales to decline from about $11bn in 2009 and 2010 to just above $3bn in 2015,” he cites in example. European pharmaceutical companies have been preparing a variety of responses to the lost revenue, but for the time being it is unclear how they will weather the storm.

Off-patent losses
Though the majority of expirations will happen between now and 2015, a number of drugs have already fallen out of patent. When drugs fall into the public domain generic varieties, sometimes produced and packaged months in advance, hit the shelves at a fraction of the price the original branded product cost. This is always welcome for the consumer who gains more access to medication at drastically reduced prices, but the effects of the loss of revenue on pharmaceutical corporations can be catastrophic.

Pharmaceutical analyst Sophia Snyder, of research group IBISWorld, estimates that generics are available at around 30 percent of the value of the original, as drug manufacturers do not have gargantuan research, development and marketing costs to recoup. It has been estimated that sales of generic medication can siphon off up to 90 percent of the sales of branded drugs. A recent report by the European Federation of Pharmaceutical Industries and Associations reveals that the spending on these  reduced drugs is set to rise from $242bn in 2011 to over $430bn by 2016 in Europe alone, due to the growth in emerging markets and a steady rise in market share in developed economies.

Blockbuster drugs are one of the main sources of income that enable these investments, and as profit margins drop, big pharmaceutical companies pay dividends to shareholders rather than invest in new research and development. “R&D in pharma and biotech is a very risky exercise,” says Clint Gartin, Head of Healthcare Banking at Morgan Stanley. “Most projects that are started end in failure.” This high risk and the loss of revenues means companies are more focused than ever on finding the next blockbuster, but less is invested in drugs that are unlikely to be commercially successful, even if they are potentially life-saving.

Merging to survive
In order to make up part of the lost revenues, pharmaceutical companies have been turning to mergers in order to diversify their product range and capabilities. Novartis, for instance, has recently invested $1.5bn in the purchase of Fougera, a generic dermatological pharmaceutical company. Some companies have already started pulling the plug on research projects: in August, Johnson & Johnson and Pfizer aborted their new joint treatment for Alzheimer’s disease, which had already cost the two companies in excess of $1bn.

According to Christa Müller, head of the Pharmaceutical Institute at Bonn University, with the ‘patent cliff’ looming on the horizon, drug developers will face increased competition both in development and production. “If one company is working on a specific drug target, another company won’t do it as well because they will be afraid that if they’re number two on the market, they will not get back what they invest – drug research has become so expensive,” Müller explains.

Diversification might be working. Results from the final part of 2012 suggested that some companies were still on track to make profit in 2012, according to research by S&P, which also suggests that the pharmaceuticals market will grow between three and five percent over the next five years. “We believe a mix of factors will keep the sector resilient to patent expiries,” says Olaf Toelke, Credit Analyst at S&P. “The pipeline of new molecular entities in late-stage development suggests the sector can match lost sales from patent expiries with future sales growth if these projects can gain regulatory approval. Furthermore, companies are finding growth in high-potential markets such as oncology and diabetes treatments, and in fast-growing emerging markets.”

Because innovation is a key aspect of the pharmaceutical industry, the development of new drugs is likely to eventually make up the shortfalls caused by the patent cliff, a notion corroborated by the S&P report. Pharmaceutical companies have also been looking to grow their business in emerging and niche markets, triggering a new model of research and development. Though the patent cliff poses many challenges, it is likely that the industry will emerge stronger, more resilient and more innovative, though it will take hard work, investment and ingenuity.