The British Virgin Islands has established itself as a viable financial hub, and the International Finance Centre has played its part in promoting that fact 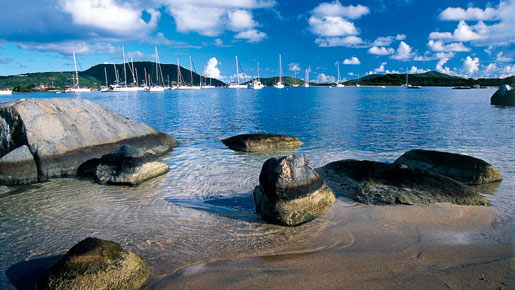 As a financial centre of major importance to the global financial system, the British Virgin Islands (BVI) have always set the highest standards of transparency, regulation, collaboration, enforcement and cooperation. As an International Finance Centre (IFC), the islands’ reputation and the way it does business has always been competitive.

This approach continues to give the BVI a number of clear advantages for the international business community, including enduring political and economic stability, a business-friendly operating environment, a pool of knowledgeable and qualified professionals and a well developed infrastructure.

The BVI is widely acknowledged as having a robust regulatory system in addition to a mixture of innovative legislation. The Securities and Investment Business Act (SIBA), enacted earlier this year, responds to the requirements of IOSCO and enhances the BVI’s attractiveness by establishing the right legal and regulatory framework for institutions, managers and investors. Also, the new Insurance Act ensures full compliance with the International Association of Insurance Supervisors’ core principles; it simplifies the BVI’s insurance regime and makes it even more transparent. Both new laws are aimed at strengthening the regulatory regime.

The BVI is also committed to the OECD’s principles for effective exchange of information and transparency, having already signed 17 Tax Information Exchange Agreements (TIEAs) with countries such as the UK, Australia, China, France and the US.

BVI’s financial services
Mutual fund management
The quality of regulation is a key reason why the BVI plays host to so many fund managers and administrators, as the Caribbean’s second largest hedge fund domicile. Nearly 3000 funds are currently registered with more than $100bn in assets under management. Fund managers are already finding the legal and regulatory system in the BVI familiar and easy to use as the Mutual Funds Act, 1996, has been in place for well over 10 years.

Business companies
The BVI Business Companies Act, 2004 has received positive reviews for its flexibility from legal practitioners around the world. Five different types of companies can be incorporated under the act. In particular, many investors welcomed the introduction of segregated portfolio companies (SPCs), as these allow umbrella funds to be set up with limited liability between share classes (which was not permitted under the former regime), thus avoiding potential cross-class liability issues. The Act also includes statutory merger and consolidation provisions, making it possible for two entities (only one of which need be a BVI entity provided certain conditions exist) to merge with all the assets of both entities consolidated into the surviving entity.

Trust settlement
Through the Virgin Islands Special Trust Act, 2003, (VISTA) the BVI has consolidated its position as the location of choice for international trust settlements and operations. VISTA has been acknowledged by trust and estate practitioners and other international experts to be a pioneering and worthwhile piece of legislation.

Accounting and legal services
The world’s foremost accountancy firms all have a presence in the BVI. There are clear signs of a growing demand for their services, particularly in the areas of mutual funds audit and insolvency practice. In addition, legal services are growing, with the recent influx of several prominent law firms including Withers (in 2009), which chose the BVI as the location for its first foray into the offshore legal sphere.

BVI International Finance Centre
The BVI IFC has played a pivotal role in the promotion and marketing of the BVI as a leading financial centre. Established in 2002 as part of the Government’s growing commitment to the financial services industry, the aim of the IFC is to give a voice to the BVI’s financial sector. The launch of the IFC marked the final stage in the government’s plans to separate marketing/promotional and regulatory/supervisory functions.

Regulation is now the sole responsibility of the BVI Financial Services Commission (FSC), which was also established in 2002.

As the BVI continues to play an important role within the global financial system, the IFC remains committed to promoting the jurisdiction and its financial services, while also maintaining the highest standards of transparency, regulation and collaboration.