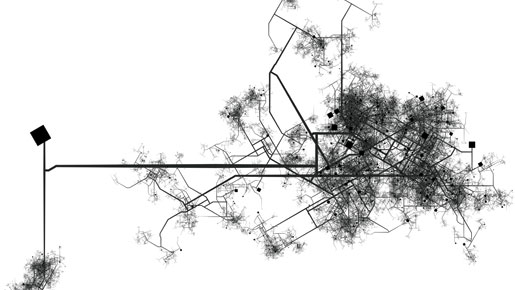 The roadmap to a Single European Transport Area states that “airports, ports, railway, metro and bus stations should increasingly be linked and transformed into multimodal connection platforms for passengers”, with online information, booking and payment systems enabled to “facilitate multimodal travel”.

Let’s take an imaginary business trip, which will encompass bus, rail, tube and plane travel to illustrate what the proposed roadmap towards a Single European Transport Area really would translate to. To make it more stirring we will be setting off from an area the world forgot, Streatham Vale in the South-West of London, and are ordained to reach Dortmund, an industrial city in the Ruhr district of Western Germany, within an estimated five hours.

The journey begins with bus number 315, a hail and ride bus that runs every 19 minutes and takes 10 minutes to the underground station in Balham. The underground will provide access to the Northern line, one of the tube lines that can take you straight to St Pancras International without interchanges. There an East Midlands train connection will effortlessly transport you to Luton Airport Parkway in comfort within 30 minutes where you jump on a pay-before-you-board shuttle bus to Luton Airport.

Checking in for the Dortmund flight couldn’t be easier, simply present your passport alongside your reference code at the counter and voila, an hour of duty-free shopping before boarding your plane. Once the plane touches down at Dortmund airport a non-stop shuttle bus will take you on a 25 minute journey for €6 to Dortmund Hauptbahnhof, the central bus station in Dortmund, which is located opposite the main railway station. Finally, underground line U 45 will take you directly to your final destination, the Dortmunder Westfalenhalle.

To most this will seem like a fairly straightforward journey, which can be undertaken by purchasing seven separate travel tickets from seven different organisations. What if you could coordinate the complete trip from the comfort of your home however with the purchase of just one ticket, and in the process help slash Co2 emissions by 60 percent by 2050?

According to the manifesto, which is calling for action now, the one-ticket-for-Europe brouhaha could be a day-to-day reality as early as 2020 if Europe manages to unite all of its transport networks in collaboration. Yet there are many things Europe fails to address. The liability for flight delays, tube strikes, traffic congestion causing bus flow disruption and train breakdowns to name but a few.

Moreover, the Commission’s grand plan to ban conventionally fuelled cars from all cities across Europe, to help cut Co2 emissions by 20 percent before 2030 and 60 percent by 2050, was thought to apply to rail, air and road travel equally. It became evident however the cut for aviation would only contribute 34 percent to the total number despite a trend indicating a 64 percent increase in aviation emissions by 2050 owing to constantly increasing air traffic.

Besides, if we were to break down the figures it actually translates to an emissions cut of slightly over one percent a year until 2030, and then five percent a year after that. This would seem more of a manifesto for inaction it seems.

Could Europe’s incongruent public transport systems be merged into one to form a flawless, integrated pan-European net with the purchase of just a single ticket to get you from Streatham to Dortmund in the most energy proficient way possible? Of course, it would have to be in a way that is energy efficient enough to make you feel that you are really contributing to the rescue of the planet. It is highly unlikely, and perhaps a worse idea than the thought of introducing a sole European language.