Shipbreaking is a vital industry, but environmental reform is needed

Ship recycling has for many years been the preserve of shipbreaking yards with poor safety records and little regard for the environment. Now, however, new regulations are encouraging green practices 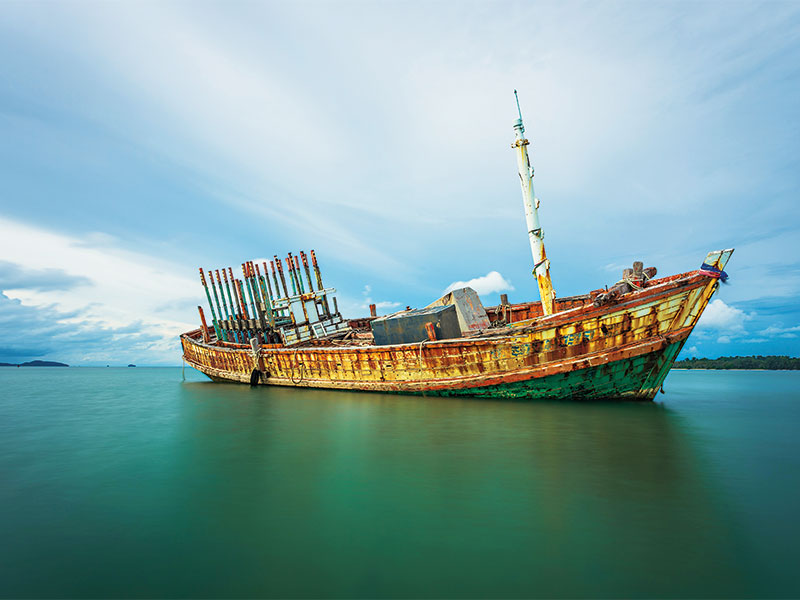 Shipbreaking is a vital industry, but it must be done in a sustainable manner
Management

Since the dawn of the first industrial revolution, humans have plundered the planet at an increasing rate. Decades of excessive consumption have created an enormous quantity of global waste, and we are rapidly running out of room in which to store it. Landfills across the globe are fast reaching capacity, while the sea is flooded with one refuse truck of plastic every minute. With the global population rapidly rising, waste generation is also on the increase, and is expected to more than triple over the next century. According to the World Bank, we will be creating an incredible 11 million tonnes of rubbish per day by 2100.

In order to tackle this growing problem, nations around the world are pursuing ambitious refuse reduction efforts, and increasingly putting recycling at the top of their climate change agenda. In many developed countries, recycling has become commonplace in the home and at work, with environmentally conscious individuals stepping up to reduce their personal waste. While these efforts should be applauded, the problem of excessive waste cannot be solved through household recycling alone. Heavy industries such as car making, shipbuilding and chemical production are among the world’s worst offenders for waste creation, and must urgently address their waste management policies. Leading the way among these heavy industries is the ship recycling business, which seeks to safely dismantle end-of-life ships and salvage their reusable materials. As governments around the world call for greener alternatives to traditional shipbreaking practices, the ship recycling industry is set to boom.

End-of-life ships often contain a host of hazardous materials, ranging from asbestos to toxic paints, all of which can contaminate the local environment once they arrive at a recycling yard

Vessel value
Today, most modern ships have a lifespan of 25 to 30 years. Rust, corrosion and metal fatigue all take a toll on these vessels, rendering them uneconomical after around a quarter-decade of service. However, merely abandoning these ships to decay at the end of their life would be unwise, as they contain vast quantities of valuable materials, including steel, non-ferrous materials, wood, machinery, spares and other parts. Indeed, merchant vessels contain nearly every form of metal currently traded in global markets. Incredibly, up to 90 percent of an old ship can either be reused or recycled, with many metals sold to be melted and formed into other valuable products. Steel, for example, is recovered in large quantities from retired vessels, and can then be recycled. The steel recycling process consumes far less energy than its production from iron ore, and is also a much cheaper way to manufacture the metal. As such, metal recycling is both energy efficient and economically advantageous.

In addition to saving precious natural resources and landfill space, the ship recycling industry also plays an important role in generating jobs and income in many developing countries. South Asia is home to the world’s largest concentration of ship recycling yards, and the industry has become vital to the economies of Pakistan, Bangladesh and India.

At present, the industry employs more than 130,000 workers in the region, with many more involved in associated industries. In areas where poverty and joblessness are rife, ship recycling provides opportunities for workers who might otherwise face unemployment. The industry also supplies south Asia with a valuable source of steel. Bangladesh, for example, has no iron ore sources or mines, and thus relies heavily on recycled steel from the ship recycling process. Indeed, 60 percent of the nation’s steel comes from ship recycling, while recycled steel also accounts for 10 percent of neighbouring India’s needs.

Risky business
While there are advantages to ship recycling, the industry is also the subject of some criticism. With a reputation for being one of the world’s most dangerous jobs, there is a worrying lack of regard for worker health and safety in many of south Asia’s numerous ship recycling yards. Wages are low, and employees have no entitlement to overtime, sick pay or annual leave. With inadequate or absent protective equipment, workplace accidents are commonplace, often resulting in serious injury or death. Dangerous fumes and vapours envelop many recycling yards, causing workers to fall ill from inhaled toxins. What’s more, in Bangladesh child labour accounts for more than 20 percent of the total workforce.

Ship recycling also poses a significant environmental threat. End-of-life ships often contain a host of hazardous materials, ranging from asbestos to toxic paints, all of which can contaminate the local environment once they arrive at a recycling yard. Adding to the problem, many ship owners sell their ships at high prices to substandard recyclers, without providing an inventory of hazardous materials. This inventory is key to ensuring safe ship recycling, but only a few ship owners currently act properly.

Without a reliable list of a ship’s contents, yard workers are unable to identify and effectively deal with a retired ship’s hazardous materials, meaning these harmful toxins are released into the atmosphere, soil and seawater. As such, heavy metal pollution has had a severe impact on south Asia’s biodiversity and marine life, with 21 fish and crustacean species disappearing from Bangladesh as a result of the ship recycling industry. Mercury levels in the seawater and sediment at Alang, India’s biggest ship recycling yard, are reported to be a phenomenal 15,500 percent higher than normal. To make matters worse, many of the region’s ecologically important mangrove forests have been cut down in order to make room for recycling yards, leaving coastal areas at risk from rising sea levels.

Given these significant environmental and ethical concerns, it is clear the ship recycling industry needs to urgently overhaul its operations in order to become sustainable. This is where GSR Services comes in. Focused on changing the industry for the better, we advise ship owners, manufacturers and shipyard managers on how to improve their recycling practises. Effectively, we act as consultants and service providers to ship recyclers and ship owners, guiding both to be compliant with regulations and standards in the most effective way.

Tidal shift
As the costs of irresponsible ship recycling become too great to ignore, the industry is now moving towards a more sustainable future. Ever since the Hong Kong International Convention for the Safe and Environmentally Sound Recycling of Ships first came into effect in May 2009, there has been a tightening of international laws and regulations. This year is a landmark one for the green ship recycling movement, as all EU-flagged ships will soon be legally required to possess an inventory of hazardous materials.

This year, the European Commission will also announce whether it will continue to allow EU-flagged ships to be recycled on south Asia’s beaches. If the European Commission decides standards aren’t adequate in the region’s recycling yards, then it will order EU-flagged ships to be dismantled elsewhere. This marks a pivotal decision for the industry, which could see the sector shift away from its current south Asian centre. Unsurprisingly, many of the region’s shipyards have now begun to prioritise worker safety and environmental protections in the lead up to the assessment.

What’s more, in a further effort to improve worker health and safety, the Indian Government is soon set to deliver a $4.4m grant to the nation’s ship recycling yards, as part of its ambitious Sagarmala maritime investment project. With this fresh injection of capital, the region’s recycling yards may well succeed in improving their practices in line with EU standards.

Slowly but surely, ship recycling is shedding its old-fashioned image and becoming a truly green industry. Improved ship recycling practices must now become the norm, not the exception.