Rainmaking wants to help start-ups grow and help big companies become more like start-ups. Its CEO, Carsten Kølbek, explains what he’s learnt about how to foster – and retain – a culture of entrepreneurship 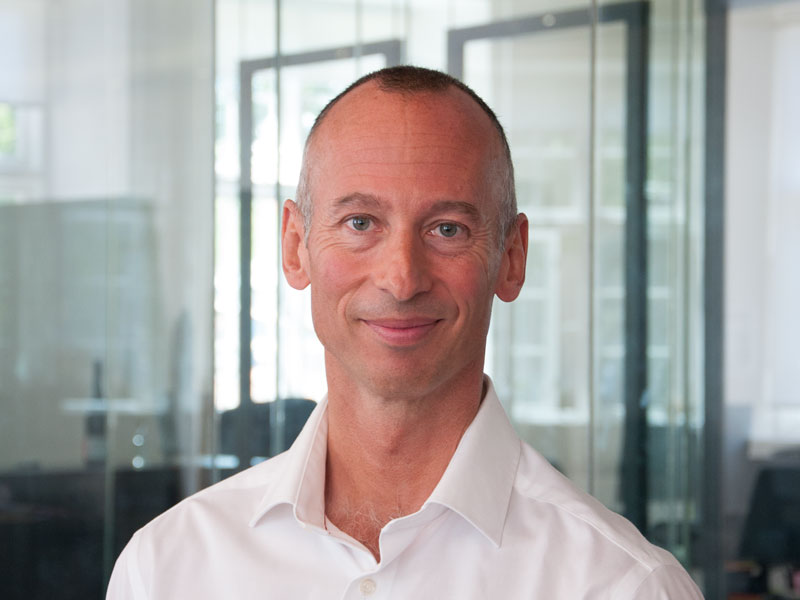 Carsten Kølbek, CEO of Rainmaking, believes the corporate world has a problem with “innovation theatre”. Many businesses talk the talk when it comes to innovation, but few of them walk the walk. “We try to stay away from innovation for its own sake,” he told European CEO. “Instead, we try to focus on innovation that creates real business outcomes.”

According to the McKinsey & Company Global Innovation Survey, while 84 percent of executives agree that innovation is important to growth strategy, only 6 percent are satisfied with performance of innovatory programmes. There are multiple reasons why this might be the case: one of the most often cited is the lack of alignment between business goals and innovation.

Kølbek has made it his mission to create that alignment within businesses. A serial entrepreneur, Kølbek founded Rainmaking – a corporate innovation and venture development firm – in 2007. The company’s core objective is to create, innovate and scale businesses. In 2010, it created Startupbootcamp, one of the most successful start-up accelerators in the world.

Rainmaking believes that a company of any size and age can – and must – retain the spirit of entrepreneurship. For that reason, Rainmaking has expanded into corporate innovation strategy. Since 2010, the company has delivered over 100 innovation cycles, working with major brands including IKEA, Visa and Facebook.

Lessons for start-ups
When Rainmaking was first founded, the company had just a handful of start-ups in its portfolio. “We began with a blank sheet of paper, and then just started creating start-ups,” he said. “We were lucky enough to exit the first couple of start-ups and make some money out of that. And then we thought, what if we began giving back to the community and helping other start-ups? What if we took all the mistakes we had made, and then helped others to not repeat the same mistakes?”

Through Startupbootcamp, Rainmaking has now accelerated almost 900 start-ups. As such, Rainmaking has had plenty of experience working out solutions to the common problems faced by early-stage companies.

One of the most frequent mistakes entrepreneurs make, Kølbek explains, is clinging to the first idea they have. This was an error the Rainmaking founders made themselves on a number of occasions. “Too often, we got excited by an idea without actually validating whether it was meeting a real public need and whether it was in a growing market,” he said. “And then we ended up spending six to nine months being so excited only to go out into the world and find out that nobody else was excited about it.”

Another common problem is not getting the right people tied down early on. “When it comes to the core team, we’ve realised that you need to feel like the company just cannot cope without these people,” said Kølbek. Urgency can drive founders to make compromises, and the wrong people can seriously impede growth from the start.

Lastly, Kølbek believes that start-ups too often lack the persistence needed to really fulfil their potential. It’s easy, when a company IPOs for billions or achieves a dominant position in the market, to perceive them as an overnight success, but Kølbek is more than aware of the gruelling work they’ve had to put in behind the scenes. Once entrepreneurs understand this, he explains, it becomes much easier to stick it out for the long run.

“In the first couple of start-ups we created, we had this mentality that if things were not a success after six or nine months, we should just kill it,” he said, “which was a very naive and stupid idea. It took us some time to unlearn and find out that no, we either need to keep going at it or pivot and then try something else. And having that persistence and understanding is key to creating a real success.”

Scaling up
Having worked in the ecosystem of start-ups for several years, Rainmaking decided it was time to enter the big corporate world. With its corporate innovation programme, Rainmaking strives to give large companies the agility, creativity and rapid decision-making more often found in start-ups. These companies have the financial muscle to apply these learnings at scale. “That’s where I think a lot of the real magic starts to happen,” said Kølbek.

When helping businesses shape their innovations strategy, Rainmaking doesn’t operate like a traditional consultancy. “We strongly believe in co-creating the value with our clients and solving the problems together,” said Kølbek, “rather than us coming in as smart consultants and saying, ‘Hey, you know, just sit back and wait, and we will come up with all the clever stuff.’ We don’t really think it works like that.”

For this reason, Rainmaking is paid by business outcomes, not by time spent on projects. Having payment linked to the resource the company creates is a good motivator. “Then we are suddenly in the same boat; we have completely aligned incentives,” said Kølbek.

To foster a culture of innovation at a company, Kølbek believes that experimentation is key. Rainmaking encourages companies to get involved in a portfolio of different activities and start trying things out and embracing failure.

Kølbek explains that CEOs and managers can sometimes hinder the effectiveness of this programme. “Sometimes the top management get scared as soon as they make the first mistake,” said Kølbek. “They think they need to de-risk everything and put processes in place and make sure there’s a business outcome. And just like that, you’ve killed the culture. That is really where they need to prove that what they said initially that this is important and recognise that mistakes are part of our learning journey.”

The conviction of the top management team is one of the most important elements for success, Kølbek explains. Once senior leaders are on board with an innovation strategy, then the rest of the team has a license to get the right infrastructure in place. Kølbek told European CEO that this usually involves upskilling teams and giving them the tools, skills and mindset needed for innovation. After that, it’s a matter of practice makes perfect. “Just like you don’t learn to be good at cycling or playing football by just reading about them or being trained, you actually need to go out and practise,” he said.

Innovation meets sustainability
Today, Rainmaking has over 200 employees at 10 offices based across four continents. Even with so much experience under its belt, Kølbek admits that the company can still occasionally struggle to practise what it preaches. “Sometimes I think we can fall into the trap of thinking we know better and we know how to come up with the next generation of amazing solutions,” he said, “instead of going out and systematically asking the market: what are the problems? What are the needs? And based on those hard facts, then go back and come up with a new solution.”

With that said, Kølbek is confident that Rainmaking has a team committed to new ventures and organisational change. “Fostering an innovative culture is relatively easy in our case because we are lucky that almost all the people we attract to the company are entrepreneurs at heart,” he said. “We do consciously try to empower people to be creative, and we have a very high tolerance for failure and for mistakes.”

The coronavirus pandemic put that entrepreneurial spirit to the test. When the virus struck, almost all of Rainmaking’s projects were very hands-on with a lot of face-to-face client interaction. Suddenly, all of these projects had to move online. But Rainmaking had no blueprint for how that should happen.

“We had to say, ‘Hey, teams, we have a challenge. We need to keep existing projects running. So now please go and find a way to make all of them digital.’ And without any top-down input, all the teams just invented new ways of sharing project statuses using the company tools and solutions and best practice. And probably one of my proudest moments was when we realised that we had created not only a culture of innovation but also a culture where people felt they had the mandate to actually experiment and make mistakes along the way.”

Looking forward, Kølbek hopes the company will take on more ventures with a social and environmental purpose. It recently launched the SDG Compass tool, which helps businesses find start-ups they can partner with to address the UN’s Sustainable Development Goals. It currently includes over 2,000 start-ups, such as EO Charging, which designs and manufactures smart electric vehicle chargers and GrowUp Urban Farms, which grows food for local markets in London.

“We’re trying to focus on projects that combine doing something good for the bottom line with also doing good for the world,” said Kølbek. “Those are the kind of problems that we are most excited about.”

Innovation is critical not just for business growth, but also for addressing some of the most urgent problems the world faces. And it’s currently under-funded in the business world; Rainmaking’s own research shows that 25 percent of businesses said they would not be investing in innovation activity in April, up from 8 percent the month before. At a time when businesses are slashing innovation spending, it’s important to remember that no organisation can ever outgrow the need for entrepreneurial spirit.