The evidence shows that more women in top jobs equals greater innovation for firms, but progress is still slow 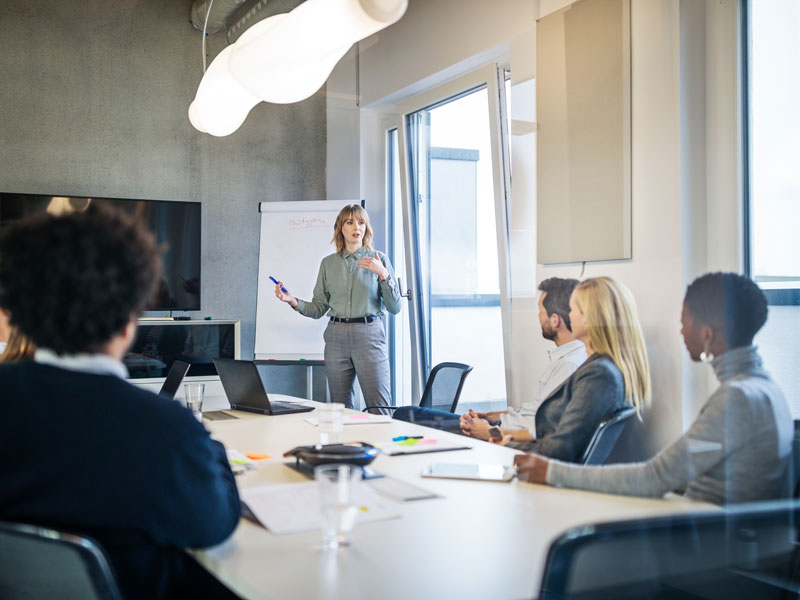 Research into leadership styles has shown that women are often more inclusive and trusting, sharing knowledge to a greater extent than men
Management

The push for gender diversity in public positions and private companies has never been greater, with countries such as France, Sweden and Germany introducing quota requirements for company boards. However, the drive to place more women in top positions has not fully reached C-suite titles yet.

And yet, research shows that C-suite jobs are where women can create the greatest value for the companies they work for.

Boosting innovation
My research at Warwick Business School, conducted alongside Jacob Lyngsie, a professor at the University of Southern Denmark, has found that if companies are seeking greater innovation, they should increase the number of women in their senior management team – not just by one or two, but by many.

Companies seeking greater innovation should increase the number of women in their senior management team – not just by one or two, but by many

In fact, in larger, more complex organisations our research shows that women in the boardroom may be a crucial factor in encouraging innovation. By analysing a combination of survey data from nearly 400 Danish firms, coupled with nationwide data from the Danish Integrated Database for Labour Market Research, I found a positive relationship between the proportion of women in top management teams and the firm’s ability to innovate.

There was no upper limit to this effect, suggesting that the more women on a team the more innovative the firm. In fact, if a company really wants to boost its innovation, our research found that it is best to just have women in its top management team.

There is a critical mass though. It is not enough to have just one woman on the executive team. Our research revealed that 1.7 is the average number of women needed to make an impact, so boards need at least two women to enjoy these benefits.

However, there is a caveat to this. We found that the positive relationship between women and innovation is negatively influenced by the proportion of women in the company’s labour force. This means if there are a lot of women in a company, the positive effect on innovation is diluted to the point where it doesn’t improve company performance.

Conversely, labour forces dominated by men see the effect strengthened when they implement a largely female top management team. We also found a negative relationship between the proportion of women in the executive team and the wages of women in the wider company.

A challenging environment
The positive relationship between women and innovation could be evidence that creativity flourishes when a diverse group of people works together. If this was the case, however, we would expect the highest levels of innovation to occur when there is an equal number of men and women in an organisation, but this is not what the data tells us.

Another theory is that women who get to the top in companies are likely to be particularly talented because the selection environment and criteria for women is tougher than it is for men. Women who pursue C-suite positions have to overcome more hurdles and navigate a male-dominated business world. Therefore, women in C-suite roles are likely to be skilled managers and better at creating the environment and processes needed to successfully launch new products or services.

A third theory is that women are more likely to adopt a leadership style that encourages innovation. Research into leadership styles has shown that women are often more inclusive and trusting, sharing knowledge to a greater extent than men. These are all qualities that may be helpful when building an innovative environment as they facilitate communication and openness to ideas.

Given this research, Warwick Business School hopes companies will reappraise the glacial pace at which women are currently being placed in senior management and C-suite positions.