Britain’s top share index was little changed early on Thursday as strong results from insurers were offset by disappointing numbers from Barclays and Unilever By 0811 GMT, the FTSE 100 was 3.01 points, or 0.1 percent, lower at 5,383.15 after it ended 0.2 percent lower on Wednesday. Investors are waiting for an interest rate decision […] 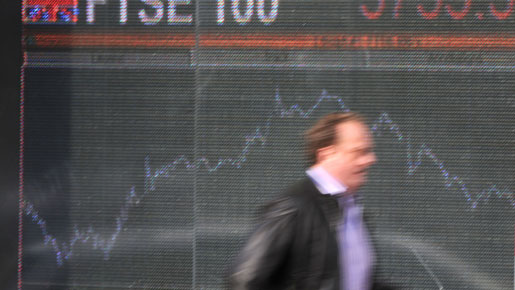 Investors are waiting for an interest rate decision at 1100 GMT but it is a
near certainty that the Bank of England will not change its monetary policy
stance.

Results from consumer goods giants Unilever also disappointed, as
it narrowly missed sales forecasts and warned of rising pressure from its rivals.
Its shares slipped 2.2 percent.

Aerospace electronics group Cobham was the top blue-chip faller,
off 5 percent after it posted a 2 percent rise in first-half profits
but said the outlook is uncertain.

Insurers by contrast were in strong demand with RSA Insurance Group
and Aviva up 3.1 and 5.1 percent respectively after both beat profit
forecasts for their first- half results.

Overall, the market lacked direction
with investors wary about taking big directional bets due to the
uncertainty hanging over the global economy.

“There have been
some strong second-quarter earnings but retailers have warned that we
have not yet seen the fallout from the austerity packages and some
investors are worried that recovery around the world seems to be
petering out,” said David Buik, senior partner at BGC Partners.

Also in financial stocks, Schroders added 4 percent after its profit rose,
helped by cost cuts, and the company said it was confident about its
future prospects.

Underlining the mixed nature of corporate fortunes, shares in precious
metals miners Randgold and Fresnillo were both down around 4 percent,
hit by a warning of a production fall and a broker downgrade respectively.

Severe UK budget cuts and the possibility of slower growth ahead will force
the Bank of England to wait until the second quarter of 2011 to raise interest
rates, according to a Reuters poll of 61 economists.

The European Central Bank will also make its latest interest rate
announcement at 1145 GMT on Thursday, with no change expected
either.

No important British economic data is due to be released on Thursday,
so investors’ attention will be on the latest U.S. weekly jobless claims,
due at 1230 GMT ahead of the closely watched non-farm payrolls
due on Friday.