Rise in FTSE 100 female board members

Two years on from Lord Davies’s Women on Boards report, the number of FTSE 100 female board members is looking promising 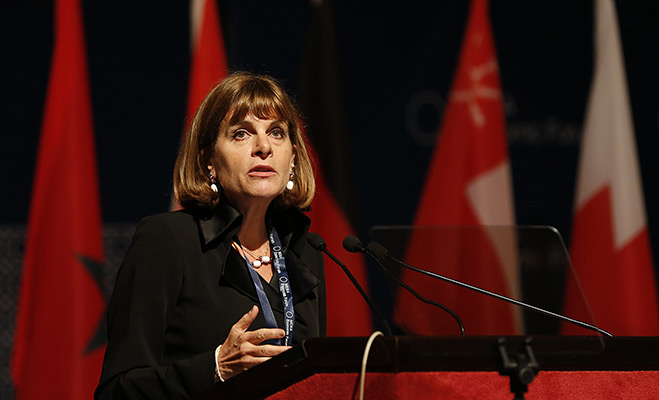 At the time of the report in February 2011, just 12.5 percent of FTSE 100 board members were women, prompting Davies to set a target of 25 percent of directors to be female by 2015.

As the figure currently stands, 17.7 percent of FTSE 100 directors are women, with another 80 hires required to hit the 25 percent target. Half of new non-executive appointments in the FTSE 100 since March last year went to women, and 45 percent in the FTSE 250.

Figures from headhunter group Ashton Partnership show female non-executive directors are being appointed from a range of backgrounds: investment banking, the public sector and the not-for-profit sector. They are also emerging from fields such as human resources and marketing, which are traditionally more female-lead.  Ashton Partnership described this as a welcome development that had been achieved without any obvious loss of quality.

The Financial Skills Partnership (FSP) has launched Through the Glass Ceiling, a programme geared towards developing leadership skills among women managers with an overall aim of diversifying the financial services sector by focusing on the governance and effectiveness of boards.

“Our programme supports women and aids them with tools to navigate an environment that has previously been noted for gender bias. Companies have to work together to promote a culture of gender equality and create talent pipelines, not just at board level but from the ground up,” said Liz Field, CEO of the FSP.

“It’s very encouraging that gender representation in boardrooms across the UK is becoming more equal, along with changing company culture and, with the help of programmes like Through the Glass Ceiling, businesses can maximise the potential of the staff they already employ.”

There are, however still some stumbling blocks in the process as eight FTSE 100 companies still adhere to all-male boards. Gym group Fitness First, which operates numerous women-only gyms still has no female boardroom representation, as does betting group Gala Coral, the majority of whose bingo customers are female. A spokesman for Gala Coral says: “When it comes to the people in major positions it is the calibre of the person, not the sex.”

Helena Morrissey, CEO of Newton Investment Management and a founder of the 30% Club, which promotes hiring more women to boards, said: “You need to have worked 10, 20 or 30 years to become a chief executive. The level of women in the top executive roles largely reflects the mistakes of years ago. This is a problem that is not going to be solved overnight.”