Half a century after its creation, the Jamaica Stock Exchange continues to ignite growth and transparency in the nation’s economy. Now, in a bid to further boost the social sector, the exchange has set its sights on sustainability 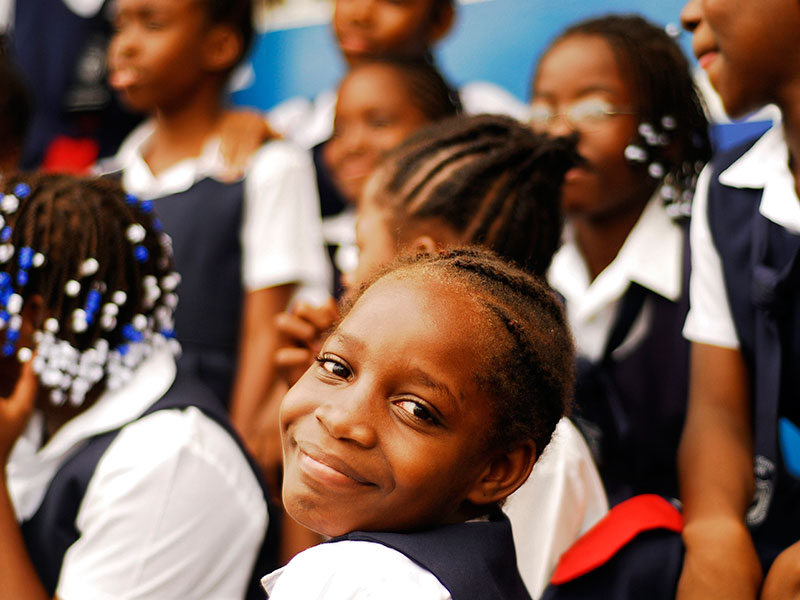 The JSE has become more sustainable as a result of its efforts to increase financial inclusion through education, create new markets and provide diversified solutions
Finance

In 1969, just seven years after it gained independence from the UK, Jamaica opened its stock exchange for the very first time. Established by Edward Seaga, a finance minister who later became the country’s prime minister, the Jamaica Stock Exchange (JSE) has transformed greatly in the 50 years since the inaugural ring of its opening bell.

Although it is still small when compared with the financial hubs of New York, London and Frankfurt, the JSE has catapulted Kingston into the upper echelons of trading and was named as the world’s best-performing stock market by a Bloomberg analysis of national benchmarks in 2018. According to the report, Jamaican stocks have increased by nearly 300 percent in the past five years – over four times more than its closest rival.

The exchange, which serves clients in a dozen countries with more than 115 listings, has a market capitalisation equal to 60 percent of Jamaica’s GDP and consistently generates over 10 percent in returns on shareholder equity. In light of this success, European CEO spoke to Marlene Street Forrest, Managing Director of the JSE, to learn more about the exchange’s contribution to Jamaica’s growing economy and its pursuit of a stronger social sector.

How has the JSE evolved in recent years?
Over the past 10 years, the JSE has transitioned from a mutual company to a shareholder-supported demutualised organisation. This has allowed for increased investor confidence and transparency in the market. Shortly after our demutualisation, the exchange became a public company with its securities listed on its own exchange.

During this time, we have developed and conducted extensive programmes designed to increase financial literacy and inclusion, such as the development of an e-learning system, the e-Campus, which assists with market education and development. These advances have seen the proportion of adults participating in the market grow from five to 13 percent in less than 10 years.

The JSE has become a major catalyst for wealth creation and economic development in Jamaica, playing a vital role in the country’s success

As the share of Jamaicans involved in the financial market grows, the JSE has worked to cater to new segments with different needs. One example of this is the Junior Market, which launched in 2009 to accommodate small and medium-sized enterprises. To date, this segment has attracted more than 38 new companies, which have all benefitted from an injection of equity capital into their business. Crucially, this process not only stimulates growth for the company, but also for the wider economy, the bond market and other US-dollar-denominated markets.

What role has technology played in this change?
Technology is the driving force behind most of our activities at the JSE. For example, we have an automated trading platform that is tightly coupled with a settlement platform. Further, we have developed a mobile application and an online trading platform. As part of our risk mitigation strategy, we have also created a hot site to provide a backup service in the event we encounter any computer or network issues.

Throughout 2017 and 2018, we commenced development of the Jamaica Social Stock Exchange with the core objectives of developing a social impact investment market and an exchange that focuses on the social sector through donations.

We see these steps as a necessary component in the growth of the market and the economy. Further, we view this work as a part of our corporate social responsibility. As such, we encourage all of our listed companies and traders to get involved with our social objectives and evaluate businesses through our Best Practices Awards.

How does this link between sectors benefit the local community?
The JSE’s efforts in this area have helped to promote and develop the social sector, providing a platform through which projects can be listed and recognised by both local and international social donors. What’s more, we are leveraging our strength in regulation and compliance to ensure that the outcomes of our social programmes are improved and confidence in the sector is enhanced.

For example, the JSE has helped to improve transparency for the donors and investors who provide funding for social projects. We believe this will be critical if Jamaica is to achieve its Vision 2030 goals and the UN’s Sustainable Development Goals.

How has the JSE become more sustainable? Why is this important?
Over the years, the JSE has become more sustainable as a result of its efforts to increase financial inclusion through education, create new markets and provide diversified solutions. As well as broadening the range of our services as a parent company, we have expanded our subsidiary offerings to include registry, trustee services and other back-office support systems for the industry.

The JSE has become a major catalyst for wealth creation and economic development in Jamaica, playing a vital role in the country’s success. Its functions within the local community include fostering the growth of Jamaica’s financial services sector, providing savers with greater opportunities to protect themselves from inflation, and helping to reduce corporate dependence on borrowing. If the JSE is not sustainable in these areas, it reduces the chances of Jamaica achieving the core objectives it has set out and diminishes the likelihood of real economic growth and prosperity.

How has the exchange contributed to Jamaica’s economic development?
In addition to all of the points mentioned previously, the exchange has encouraged many small and medium-sized companies to access equity capital through the launch of the Junior Market, which the Government of Jamaica lent its support to by offering a 10-year corporate tax holiday to each and every company that listed on the exchange. As a result, the market has allowed smaller companies to grow and export their services, as well as retire expensive debt.

In the decade since its formation, the Junior Market has boosted the level of corporate governance among these institutions and helped them become more agile. This has directly assisted with economic growth through the stimulation of increased productivity, revenue, profitability and employment. What’s more, even with the corporate tax holiday, the government has benefitted from an increase in other taxes, which result from the enormous strides these companies have made.