Reports of a new money laundering scheme, the Troika Laundromat, highlight the brazen use of illegitimate funds within the world of the ultra-wealthy 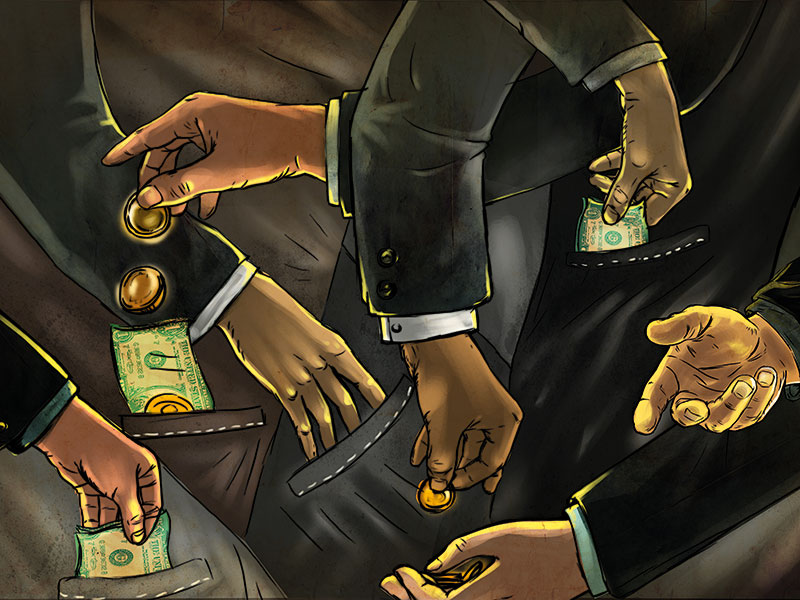 Like a vast, corruptive beast, money laundering has loomed large over Europe in recent months. Scandal after scandal has ricocheted through the continent’s financial system, embroiling both commercial and private banks, and drawing numerous CEOs into a monstrous series of allegations that will no doubt take years to fully conquer. From Danske Bank to Swedbank, Deutsche Bank to ING, it appears no institution is safe from the clutches of an overarching network of financial criminals that shifts funds of questionable origin from place to place to avoid the prying eyes of regulatory authorities.

In March 2019, the Organised Crime and Corruption Reporting Project (OCCRP) claimed to have had unearthed yet another scam: the Troika Laundromat. Orchestrated by a web of oligarchs, politicians and those with links to organised crime, the Troika Laundromat is a money laundering scheme of epic proportions. What’s more, its impact has seemingly extended beyond the financial sphere and into high society.

“Across Europe, there is a whole class of defamation lawyers, public relations experts and social groups through which [these people] can purchase entry into high society, and gain valuable access and influence that then shields them from scrutiny,” explained Casey Kelso, Advocacy Director at Transparency International. The scheme has reportedly created a new cohort of exceedingly wealthy and well-connected individuals, whose very existence is proof that there are very few circles one cannot buy one’s way into – provided the price is right.

A charmed life
The Troika Laundromat was unveiled when the OCCRP, together with Lithuanian news website 15min.lt, obtained a treasure trove of more than 1.3 million financial documents relating to the activities of Russian private bank Troika Dialog and the now-defunct Lithuanian lender Ūkio Bankas.

Due to the convoluted cleaning process the Troika funds underwent, it will take years to unpick the source and destination of every dollar, euro and pound

The documents revealed a clandestine banking network that had been used to funnel approximately $8.8bn (€7.9bn) through more than 70 offshore shell organisations. “The system enabled many of the Russian elite to sidestep restrictions that were in place at the time, or to hide their identities or their assets abroad, or to launder money,” Kelso told European CEO.

The two banks reportedly worked in partnership to operate the scheme, with Troika initially ‘spinning’ money between different accounts before sending it on to Ūkio, which set up and organised transfers between accounts for at least 35 of the shell companies implicated in the scheme. According to paperwork drawn up by Ūkio, the majority of transfers were represented as a contract for the sale of physical goods.

The OCCRP, however, has alleged the contracts were entirely falsified, with no goods ever changing hands. Rather, the cash deposited into these shell companies was used to finance the decadent lifestyles of participants in the Troika Laundromat. “Once the illicit wealth had been cleaned, [it could] be used to buy anything from residency visas to expensive cars, yachts, jewellery, art, sports clubs [and] high-end property,” Kelso said.

According to the OCCRP, one former Russian senator, Valentin Zavadnikov, used his Troika funds – and the associated prowess that comes with being a multimillionaire – to become a member of the Yacht Club Costa Smeralda, an invitation-only marina located on Sardinia’s most exclusive stretch of coastline. Using his offshore accounts, Zavadnikov reportedly spent in the region of $137m (€123.1m) building and maintaining two yachts, which were decked out with lavish features, including a 45sq m beach club, a spa and a helipad.

The controlling shareholder of Troika, Ruben Vardanyan, allegedly used his offshore wealth in a similar way, throwing what the bank’s in-house magazine called “the most breathtaking party” to celebrate Troika obtaining a billion-dollar valuation in 2017. The pièce de résistance of the evening was an exclusive performance by American music legend Prince – the only one he ever gave in Russia – for which Vardanyan paid $1.6m (€1.4m), not including the additional $305,000 (€274,120) spent on flying the superstar to the concert from London and then onto Los Angeles afterwards. Zavadnikov declined to respond to the OCCRP’s multiple requests for comment, while Vardanyan said he was not aware that he had any business dealings with Troika.

Ignorance is bliss
There are just two reported examples of “excessive conspicuous consumption”, as Kelso called it, that Troika Laundromat participants utilised to enter European high society. However, due to the convoluted cleaning process the funds underwent, it will take years to unpick the source and destination of every dollar, euro and pound that passed through the system. This task is further complicated by the opaque nature of the transactions: unlike financial institutions, luxury goods vendors are not forced to undertake Know Your Customer checks nor conduct any sort of due diligence in relation to the source of a client’s money. “In many countries, you can pay cash for jewellery, watches or other collectables, meaning dirty money can be recycled into something that can then be resold,” Kelso said.

The lack of scrutiny in those markets means purchased goods can be easily transported across borders in a way that would be impossible with cold, hard cash. Kelso added: “The high-end luxury goods industry [doesn’t] really detect – or wants to turn a wilful blind eye – to corrupt flows of money because it benefits them directly… That’s their business.”

According to the OCCRP’s investigation, some individuals even used funds to purchase visas or citizenship to European nations. Not only are these transactions unregulated in the same way that luxury goods purchases are, but they also afford those with dubious backgrounds access to certain markets and societies that are typically reserved for the continent’s business elite, making it a financially savvy move for many involved in the Troika Laundromat.

“In Europe, there are more than a dozen different schemes for people to buy a passport or a residency permit,” Kelso explained. “That is an incentive for many, in that they can then buy their houses or enjoy these luxury goods in a faraway country, without any disclosure of [their identity], how much they are investing, what they are investing in, what their financial interests and assets are, and what their criminal record is.”

How the other half lives
The operation of the scheme reportedly relied upon a collective of facilitators working not only to make transfers happen, but to ensure that they could never be traced back to the original participants. Those embroiled in the Troika Laundromat took this to a new level, illegitimately using the names and passports of unwitting members of the public as nominees on the documentation used to set up shell companies.

One man, a seasonal construction worker named Armen Ustyan, was contacted by the OCCRP when it identified his signature on over $70m (€62.9m) worth of financial agreements, including one that named him as the registered owner of Panama-based shell company Dino Capital. “[Ustyan] could hardly heat his house,” Kelso said. “How could he possibly have been doing these things? Telling his story, putting a human face to it, shows that [corruption on this scale] comes at a cost, both to a country and to the entire global system.”

The Troika Laundromat is the latest in a long line of scams and scandals that demonstrate that corruption serves only to inhibit economic development and maintain the vast chasm between the poorest 50 percent and the wealthiest one percent. In other schemes, this gap has been hidden through intermediaries, with the true extent of money launderers’ wealth known only by those with copies of their bank statements. What marks the Troika Laundromat out from the rest, however, is the brazenness of participants’ alleged purchases and their use of offshore funds to buy luxurious, physical manifestations of their ill-gotten wealth.

“This creates a cynicism that actually widens the gap in people’s minds between those who are in power and the rest of us who work for a living and pay taxes,” Kelso said. It also elicits a phenomenon known as social proof, wherein people are more prone to be corrupt at lower levels of society, as they perceive those in the upper echelons to be corrupt too.

“The more these stories come out of people that can bend justice and buy what they want, the more it almost encourages people to be corrupt, because they can see the big fish getting away with it,” Kelso explained. That fosters a dangerous attitude, and it fuels the fire of those fighting for increased regulation and an end to the loopholes that make schemes like the Troika Laundromat possible.