Manufacturing in the European Union’s two biggest emerging economies continued a recovery in December and the third, Hungary, inched closer to stabilisation, data showed on Monday. Industry struggled back to growth in Poland and the Czech Republic in November, helped less by a rebound in demand than a slight uptick over the comparison base from […] 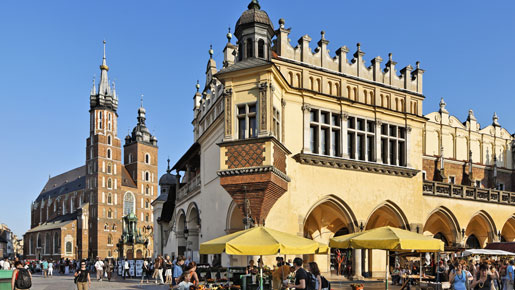 Manufacturing in the European Union’s two biggest emerging economies continued a recovery in December and the third, Hungary, inched closer to stabilisation, data showed on Monday.

Industry struggled back to growth in Poland and the Czech Republic in November, helped less by a rebound in demand than a slight uptick over the comparison base from a year earlier, when the economic crisis caused double-digit falls in production.

In December, the Purchasing Managers’ Index (PMI) for Poland stabilised at 52.4 points, above the neutral 50 point barrier that distinguishes growth from contraction, Markit Economics said.

It also came above the 52.1 points forecast in a poll. Czech PMI held in positive territory a second consecutive month in December, creeping up to 50.8, from 50.6 in November.

Analysts said the data indicated a rise in new orders and slower increases in unemployment across the region were helping recovery take hold but persistent tight credit and wariness among consumers would prevent a jump back to pre-crisis growth.

The data also corroborated industrial output figures released last month for November, which showed Poland’s rising 9.8 percent on an annual basis. Czech industry grew by 0.2 percent. Both were the first rises since September, 2008.

“There is not much of a breakthrough. It’s in line with earlier months, and is a gradual recovery,” said Agata Urbanska, an economist for emerging Europe at ING.

Hungary, which calculates PMI according to different methodology, saw its index rise to 48.5 in December, below the break-even 50 mark but higher than November’s 47.7.

New orders up
On Monday, the world’s top car-parts maker, German industrial conglomerate Robert Bosch, said it expected sales in developed markets like the United States, Europe and Japan to only claw back to pre-crisis levels in 2015 or 2016.

That could bode ill for the Czechs and Hungarians, who depend heavily on exports of cars, consumer electronics, and other manufacturing-heavy goods to Western Europe.

But there are signs of activity. Czech PMI was underpinned by a fifth straight monthly increase in new orders, although at a more modest rate than in previous months, the data showed. Employment and purchasing of stocks were negative.

Analysts said fiscal tightening expected in 2010 and a currency that outperformed its regional peers last year could hamper industrial growth there.

By contrast, Poland’s zloty has been slow to recover from a 30 percent drop at the height of the crisis, and its government is not expected to tighten public finances ahead of an autumn presidential election, which can help boost growth even if it could prompt more severe cutbacks later.

Its internal market of 38 million people, who are striving to bring their living standards up to the EU average, helped make Poland the only EU state avoid economic contraction last year and will give it a further boost in 2010.

Poland’s December new orders remained at the highest level since February 2008, while the employment index rose for the first time since April 2008, suggesting better than previously expected consumer demand in 2010.

“The Czech economy is being held back by the usual suspects, which is still a fairly strong currency and slow export recovery, when you compare it with Poland, which has more of a competitive edge at this point the cycle,” said Raffaella Tenconi, chief economist at Wood & Co.

Analysts and officials are now revising upwards their growth forecasts, with the market expecting Poland’s economy to expand by 2.4 percent in 2010.