The Wave, Muscat: one of the most sought-after destinations in the Gulf

Gulf states are aware of the need to diversify to reduce reliance on oil. In Oman, the focus is squarely on tourism and foreign investment 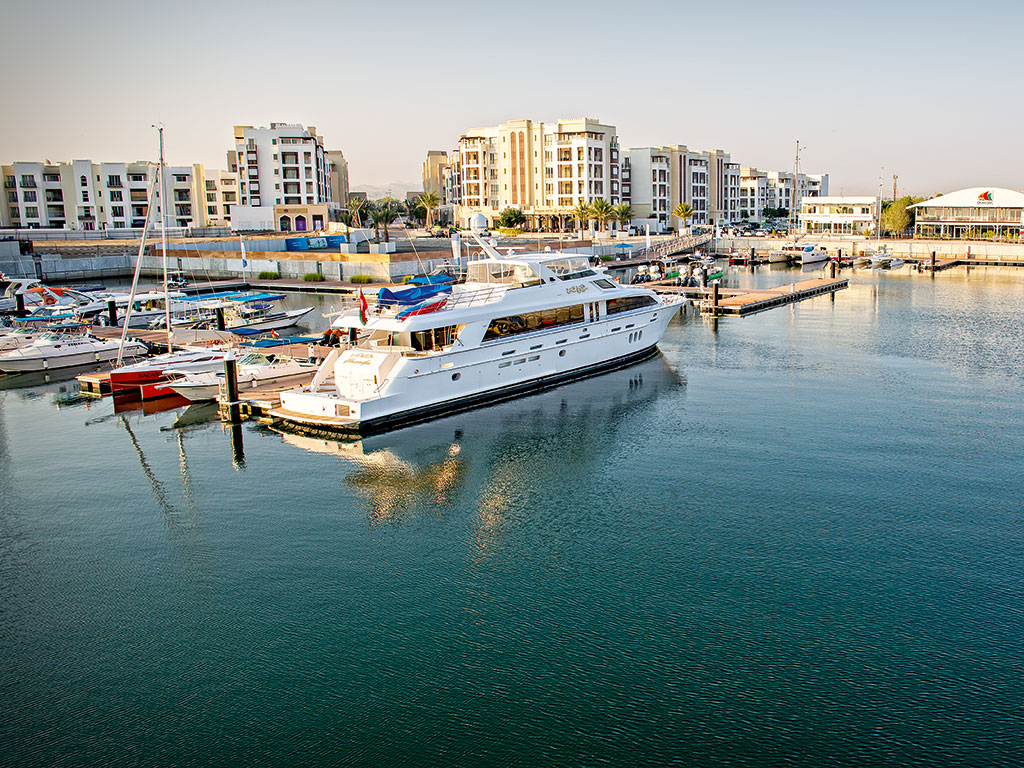 Oman enjoys an enviable international reputation for sustainable, transparent and reliable development, and the increasing amount of inward investment in the country demonstrates the confidence global investors have in the sultanate’s economy. Through the government’s Vision 2020 programme, the nation’s economic blueprint, Oman has prioritised diversification from hydrocarbons. In this regard, travel and tourism have been identified as major engines for growth, investment and employment creation.

The success of the country’s tourism strategy, which places a heavy emphasis on sustainability, saw Oman named the leading Middle East tourism destination in 2014 by the World Tourism and Travel Council (WTTC). The country ranked in the WTTC report as having one of the strongest travel and tourism growth rates worldwide in 2014. The sector is expected to support 8.4 percent of Oman’s total employment by 2024 – a total of 60,000 jobs. Moreover, figures show that the direct contribution of travel and tourism to GDP is set to rise by 5.4 percent per year, reaching $4.7bn by 2024.

More recently, demand has been fuelled by the desire for premium contemporary housing from Oman’s burgeoning educated middle class

Project abundance
As Oman has positioned itself as the leading tourism destination in the region, significant government and private-sector investment in the field has resulted in a range of tourism-specific and related projects across the sultanate. These include the construction of world-class hotels and resorts, and the development of aviation, road, rail and maritime infrastructure projects, including the $1.8bn passenger terminal at Muscat International Airport and the redevelopment of Port Sultan Qaboos in Muscat into a tourism and cruise ship precinct.

The Royal Decree for Integrated Tourism Complexes (ITCs) was issued to develop tourism destinations and attract foreign investment into the country. This law presented new opportunities for increased levels of inward investment, as well as making it possible for non-nationals to buy and own freehold property in the sultanate and claim renewable residency status.

In the same year, and as a result of this new legislation, the first and largest ITC to be developed in the sultanate, The Wave, Muscat, was launched. The pioneer in the field, it remains the market leader and is one of the most sought-after residential projects and leisure destinations in the Gulf.

Tidal wave
Developed as a joint venture between the Government of Oman and the UAE’s Majid Al Futtaim, The Wave is spread along six kilometres of pristine coastline, has a Greg Norman-designed PGA Championship 18-hole links golf course, an award-winning 400-berth marina, a thriving commercial gateway, a new beachfront five-star Kempinski hotel (opening in April 2016), and a boulevard that is a vibrant year-round social and entertainment hub. With over 4,000 homes being developed (1,300 already delivered) and three more luxury hotels to be delivered over the next five years, the best is yet to come.

Initial buyers in the niche Omani ITCs were predominantly international and local investors or expatriate residents seeking to establish a home base – many of whom brought their extended families from overseas to live in Oman. For many Europeans, it was an opportunity to buy somewhere with perfect sunshine during the winter. More recently, demand has been fuelled by the desire for premium contemporary housing from Oman’s burgeoning educated middle class and a new wave of international investors recognising the future growth of Oman’s economy. A significant success, the ITC concept has managed to not only attract foreign investment, but also invigorate the Omani real estate sector, creating benchmarks for future developments. Increasingly, the sultanate is attracting buyers seeking an alternative holiday and retirement destination to Dubai or Europe.

In terms of demographics, The Wave is an excellent example of these changes. Its 3,000-strong community is made up of over 60 nationalities, a tribute to the truly universal appeal of both Oman and The Wave. Omanis represent approximately 40 percent of all buyers and comprise 20 percent of permanent residents, a figure that is growing year-on-year.

Maturing market
Now established in the market, demand for ITCs is not only growing, but is becoming more sophisticated and specific. Wealthy local and international buyers are driving the need for more premium residences, such as signature oceanfront and golf course villas and apartments, with bespoke concierge services and waterfront views. In response, developers are reviewing and revising their master plans to better serve their communities, including adding more outdoor waterfront dining venues and combined-use buildings, which provide vibrancy day and night, such as residential, above-ground-floor retail, and indoor sports facilities to allow year-round use.

As the sultanate’s ITCs mature, they are moving beyond being a vehicle to attract foreign investment to become fully fledged, thriving communities. The challenge for Oman’s ITCs, as they look to the future, is to introduce the elements necessary to serve their residents, maintain their attraction, and differentiate their offerings. At The Wave, which prioritises being Oman’s premium lifestyle and leisure destination, lifestyle hubs have been created such as The Walk, Almouj Marina and Almouj Golf. These are places where residents and visitors can unwind while spending time with family and friends, and enjoying social, cultural and sporting experiences.

Building blocks
Part of Oman’s continuing economic development, ITCs are themselves engines for growth and an important platform for economic development. The commercial opportunities created through new venues and brands never before seen in the country provide a catalyst for new ideas and businesses to emerge. Oman has a strong commitment to helping develop its entrepreneurship by sourcing and using Oman-made products and services in construction projects.

The Wave not only creates and powers commercial opportunities, it is also making significant community contributions through work with the local Sultan Qaboos University (to develop a pilot study for locally made bio-organic ship anti-fouling) and the Ministry of Agriculture and Fisheries (to test a regional first aqua-farming technique to grow oysters commercially).

Since their introduction in 2006, ITCs have thrived in the Omani market, with their success surpassing expectations, spurred by extraordinary demand and population growth. This is thanks to well-planned government initiatives and investments, and the sound financial policies of the Central Bank of Oman, which saw the sultanate successfully ride the global financial crisis of 2008.