Toward a new Sudan

Devastated by a 50-year conflict, Sudan has not always reached the level of investment the country deserves. Now, in more peaceful times, there are resources and opportunities not to be overlooked 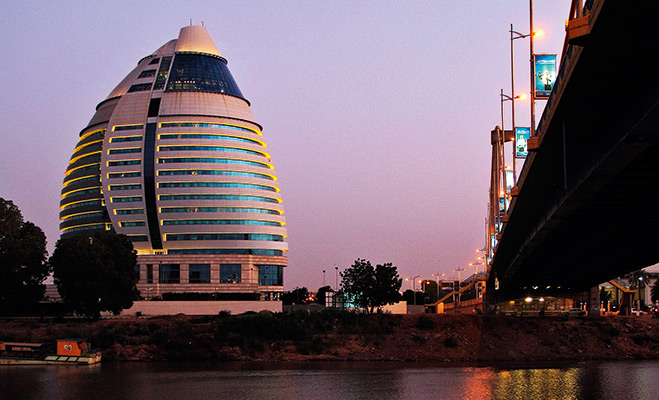 Due to its unique location, Sudan has always been a trading and cultural bridge between Africa and the Arab world. The country occupies 1,882,000 sq km, has a population exceeding 33 million, an 875km seacoast, 200 million acres of arable land (of which only 20 percent is cultivated), as well as a tremendous amount of minerals and natural resources. However, these vast natural resources remain unexploited as a direct result of the 50-year North-South civil war, which began in 1955.

Investing in sustainable peace
Sustainable peace is a must for any economic and social development. The Sudanese government succeeded in ending the civil war through many intense rounds of negotiations, concluding in the 2005 agreement signed in Nairobi, Kenya. For the sake of peace, Sudan sacrificed 20 percent of its population, 28 percent of its territory, 75 percent of its oil fields and many more resources as a result of the internationally monitored and peaceful 2011 referendum, which allowed the southerners to have their own country.

Sudan was the first to recognise South Sudan opening its embassy in Juba.

Despite the obstacles described above, 2,990km of pipelines, refineries, processing units and exporting terminals remained under Sudan’s ownership and World Bank figures show that strong economic indicators were recorded in recent years, thanks to the key reforms that Sudan has introduced to its economic sector. Policies of free markets, openness to foreign investment, privatisation and a restructuring of the banking sector were applied.

Sudan’s economy significantly boomed and attracted foreign investment. In 2011 GDP was estimated at $66.6bn (64th in the world rank). As an integrated component of its policy, doors are being widened for foreign investors through drafting a more attractive new investment act.

Gold mine
At the very time of the South’s secession, Sudan started to witness sharp compensating jumps in gold production, with other mineral deposits yet to be utilised in silver, precious stones, iron, chromites, manganese, gypsum, limestone, marble, black sands, copper, zinc and lead. The gold mining activities carried out by traditional miners led to Sudan exporting $1.5bn of gold in 2011. Production reached 50 tonnes by the end of 2012, putting the country as the third most prolific gold producer in Africa and the 15th in the world. On September 19, 2012, the country’s first gold refinery was officially inaugurated as one of the largest in Africa. Reducing smuggling, it is designed to produce 328.5 tonnes of gold and 73 tonnes of silver annually. By November 2012, 85 companies were given concessions to carry out gold mining activities, beside 515 other small licenses in 120 sites throughout the country.

Foundations for investment
Sudan’s infrastructure occupies an advanced position in the region, boasting telecommunication systems that are well equipped and maintained to modern international standards.

The country has achieved huge success in expanding its hydropower sources. Called the Sudanese ‘scheme of the century,’ the $2.95bn Meroe Dam was completed in 2009. It added 1250MW of hydropower, billions of cubic metres in water, 300,000 acres through a 172km long reservoir and fishery farms. Accompanying projects included Meroe International Airport, four bridges on the River Nile and other public utilities. In December 2012 the heightening scheme of the Alrusairs Dam was completed, increasing hydropower generation by 50 percent, adding a further 2,000,000 acres and significantly increasing the water-storing capacity. Another $1.9bn dam, Sitiet, is currently being built in Eastern Sudan, increasing resources and opportunities even more.

The strategic location of Sudan easily qualifies it to fill the gap in food shortage, not only in the neighboring countries, but also in the rest of the world

The capital Khartoum has one of the best infrastructures in Africa, connected by 4,239km of railroads, which are currently being upgraded and serve the whole country. The country is also well connected at sea and in the air with seven ports, 15 airports, 87 helipads and great waterways. On dry land, 7,000km of highways link the country internally and with neighboring Egypt, Ethiopia and Eritrea.

An unexplored land
When it comes to tourism, the country is one of few undiscovered delights. Sudan used to be home to great ancient civilisations including Meroe and Nubia, albeit very few people know that there are more pyramids in Sudan than in Egypt. The capital Khartoum is situated at the confluence of the Blue and White Niles. A natural miracle, the water does not mix for hundreds of metres after their point of confluence. The Sudanese Red Sea coast is infamous for its unique colorful reefs and as a clean destination for diving. Other tourist areas include Eldinder Wild Life Park, Jabal Marra and Omdurman.

Whether it is in tourism, agriculture, oil and gas, mining, banking, livestock or manufacturing, Sudan offers very promising investment opportunities. Agriculture is a vital field, with opportunities in services as well as products, which include wheat, sugar, rice, cotton, oil seeds, gum Arabic, vegetable and fruits. The strategic location of Sudan easily qualifies it to fill the gap in food shortage, not only in the neighbouring countries, but also in the rest of the world, realising the historical slogan that Sudan is the world’s food basket. Investments can be made in everything from packaging and food production, to transport, solar energy and everything inbetween.

Perception in Europe
Unfortunately, there has been some inaccuracy when it comes to the reporting of Sudan in the western world and this has led to misconceptions clouding positive developments. For instance, the economic sanctions on Sudan are only a unilateral American action and, contrary to some media portrayals, have nothing to do with the UN, EU or any other international body. The embargo was imposed in 1997 and, despite it, Sudan still managed to go on to realise its best ever economic achievements. Following Chevron’s withdrawal in 1984 after attacks on its sites by the former South Sudanese rebel movement, Sudan sought partners to exploit the oil and succeeded in 1999 with partnerships mainly from China, India, Malaysia and Canada. Khartoum Oil Refinery was established and reached its full capacity of 90,000 barrels per day in 2006, while Port Sudan Refinery has a capacity of 21,700 barrels. A large number of infrastructure projects were also built in conjunction with the rapid economic growth of the country.

This is not to say that the American embargo has had no effect, but difficulties were well managed, as experiences of a number of businesses have shown. Since 2005 the US has kept promising to lift these sanctions if Sudan achieved peace, but the sanctions remain in place despite this being achieved.

The UK has declared, repeatedly, that it has no economic sanctions against Sudan. UKTI, the British governmental body responsible for promoting the UK trade and investments and the British Embassy in Khartoum had not only participated in, but also arranged for several UK trade missions to Sudan in the recent years. UKTI has recently moved its Sudan office from Cairo to Khartoum.

Sudan is also emerging as a potential area of investment across the rest of Europe. An international investment conference was held in Vienna last year, in collaboration between the Sudanese Embassy and the Austrian Ministry of Foreign Affairs. This has helped further raise the profile of the country as a beacon for future investment. Yet, it is said that all it will take is a single visit and that will be enough to completely change one’s perception of Sudan.