Dividends are paid out of post-tax profits and companies compete for the loyalty of shareholders on that basis. This simple fact alone means that tax is a boardroom issue 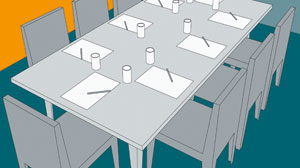 From a wider perspective, stakeholders and markets can be unforgiving of surprises, and this may include unexpected tax liabilities which have a material impact on the group.
Boards arguably have a duty to ensure that proper consideration is given to opportunities to restructure the group so as to achieve commercial or tax benefits. They arguably also have a duty to ensure that any significant planning which is undertaken is done so in a way which is robust. Whenever substantial amounts of tax are at stake, it can be assumed that the relevant tax authorities will scrutinise the arrangements closely, and will look for weak spots which can be challenged.

In some cases, the challenge will relate to technical tax issues – i.e., an argument that the taxpayer or its advisers have got the law wrong, and the arrangements do not give rise to the tax effects claimed. To some extent, this risk can be mitigated by obtaining an opinion from a leading tax counsel who will give a view on the prospects of success. However, even if an opinion from a reputable tax counsel can be obtained which gives the prospects of success at 75 or 80 percent (and it is unlikely to be higher because of the inherent uncertainties of litigation), that opinion will be based on the assumption that the planning will be perfectly implemented and will be perfectly operated, going forward.

In the real world, of course, this is rarely the case. Based on my experience, here are the top five weak spots which may compromise the tax effectiveness of a legal structure.

Failure to implement – in some cases, the planning fails because the planned steps have been implemented in the wrong order, implemented incorrectly or because steps have been missed out altogether. For example, a transfer of assets by one company to a sister company may be ultra vires because it is made at less than market value at a time when the transferring company has no distributable reserves. It is pretty obvious that the legal implementation needs to match the tax advice, but that standard is not always reached.

Corporate residence issues – this relates not just to the implementation of a new structure, but also its ongoing operation. In the case of an offshore company, corporate residence may be prejudiced by the directors using telephone meetings, video conferences or written resolutions. In order to preserve the integrity of the structure, physical board meetings must usually be convened and held in the relevant locations, and evidence of this must be retained. This means that the board of directors of the top entity must respect the governance procedures which apply to subsidiary entities. This is the price which groups of companies pay for the privilege of having separate legal entities, often in different jurisdictions.

Lack of commercial rationale – some types of planning may be vulnerable to attack on the basis that they were predominantly entered into for tax avoidance purposes. In such cases, it is obviously unhelpful if it appears that the sequence of events has been driven by internal or external tax advisers. Using a ‘board paper’ which is prepared centrally by the relevant business function can help to counter any misleading impression in this regard.

The board paper should reflect the reality of how the idea has originated, and should set out the key facts, assumptions, risks and benefits involved. From a legal perspective, the commercial rationale needs to work not just from a group perspective, but also from the point of view of each legal entity which is participating in the planning. The board papers should support good corporate governance – both at holding company level, and at the level of each participating entity – by presenting the facts and inviting the respective boards to consider the merits of the proposed arrangements.

Rogue communications – there are legendary examples of tax planning which has been compromised by unhelpful internal emails (such as “need to beef up commercial rationale”) or by project names which may have seemed humorous at the time. Although legal professional privilege and litigation privilege may be available, the working assumption should be that all internal and external communications may be subject to disclosure to the tax authorities. The board and the core project team should be briefed on how to manage these issues.

Failure to keep records – it is not enough to implement and maintain tax planning structures correctly. In practice, the burden rests on the taxpayer to demonstrate the sequence of events which lead to the arrangements which have been put into place. In general, a delay in concluding the tax treatment of the structures will favour the relevant tax authorities rather than the tax payer; with the passage of time, the key people involved may move on, the records may be lost, and it may become more and more difficult to show what happened and why.

The costs involved in trying to piece together the relevant evidence after the event are likely to be far higher if it is done under time pressure. It is far easier to do this when the arrangements are fresh, and the legal documentation and supporting evidence (such as valuations and business cases) are easily to hand. If necessary, witness statements can be prepared in advance in order to explain the structure properly. This approach also has the benefit of identifying any errors in implementation, enabling them to be rectified if possible.

Groups of companies compete with each other on their effective tax rate. Boards have an interest in ensuring that appropriate tax planning opportunities are considered, provided that those opportunities are consistent with the group’s values. As for any kind of project, thorough planning is the key to putting yourself in the best position to achieve anticipated tax benefits from the use of legal structures. This involves identifying both internal and external stakeholders, planning the steps involved, and being clear about how the structure will be operated and maintained. It also involves ensuring that appropriate records are created and retained which explain what steps were taken and why.