The stakes are high for Spain’s gambling sector

The Spanish online gambling market has grown significantly over the past few years, but recently there have been calls to bolster regulation in an effort to prevent the development of problem gambling 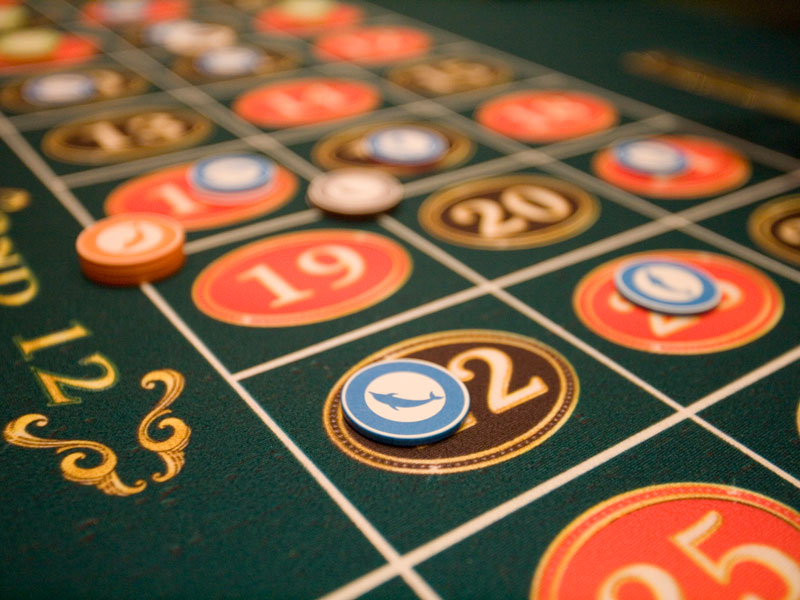 The huge uptick in the popularity of online gambling in Spain is in part due to the proliferation of smartphones and mobile gaming. This has made individuals more accustomed to the idea of gambling remotely
Featured

Barely any industries have been unaffected by the rise of digital technologies – gambling is no exception. It now takes seconds to sign up to a betting site, sync your bank account and start winning (or losing) money. In countries where gambling is legal, the popularity of online betting has grown markedly in recent years, with the market’s value expected to reach $94.4bn (€85.51bn) by 2024, up from $45.8bn (€41.48bn) in 2017. Gambling has become an acceptable pastime: according to one recent estimate by Casino.org, approximately 26 percent of the global population now gambles.

In certain markets, however, the online gambling sector has proven more popular than others. In Spain, for example, it has grown 270 percent since 2014, even as the country’s economic growth has slowed. The recent success of the online gambling industry is certainly good news for betting firms, but it has raised some difficult questions for regulators.

A good hand
The huge uptick in the popularity of online gambling in Spain relates to wider trends. The proliferation of smartphones and mobile gaming means individuals have become more accustomed to the idea of gambling remotely. Meanwhile, sports − which make up a sizeable proportion of the gambling sector − are also more readily consumed on digital devices. According to Grabyo’s 2019 Sports Video Trends Report, 65 percent of respondents watched sports content on their smartphones most often. From here, it takes just a few clicks to reach a betting website – perhaps a pop-up advert will take you straight there.

As the popularity of online gambling increases, issues around player protection come to the fore

“Just as important as the rise of mobile gaming in Spain has been the fact that, a few years ago, the government realised that taxes on online gambling were too high,” Jason Ader, co-founder and CEO of SpringOwl Asset Management, told European CEO. “By lowering taxes in Spain, it has had an extraordinarily positive impact on growth in the industry. There is a fine line that the government must walk with the gaming industry where if it’s overtaxed, it has a lower contribution to state revenues when compared with a moderately taxed environment. Spain is in the perfect zone right now.”

In 2018, Spanish regulators cut taxes on gross gaming revenue from 25 percent to 20 percent, providing fresh impetus to an industry already on the up. The policy change is one that legislators had been keen to implement for some time, but sluggish economic growth earlier in the decade and public sector cuts elsewhere meant it was politically unfeasible. Economic expansion of 3.1 percent in 2017 gave politicians the wiggle room they needed to pass the tax cut. The change has been gleefully accepted by betting firms in the country, who have capitalised on existing demand to build their brands and improve their services.

“There has always been strong consumer appetite for online gambling in markets all over the world, but when a market regulates and accurate data and stats can be gathered, it becomes clear just how popular the activity is – which is what is happening in Spain,” explained James Ashton, Head of Content at Find My UK Casino. “Growth is also being driven by online gambling brands offering a much-improved player experience, including providing a huge range of online casino and slot games, as well as localised payment options and customer support.”

In addition to large international online betting companies, Spain’s domestic firms have also capitalised on the market’s growth. Suertia, which received its online gaming licence in 2013, has attracted players by offering a wide variety of games, including 10,000 live events every month, focusing on enhanced usability and new graphics. Non-traditional players have also entered the betting market. Spanish sports news outlet Marca has launched its own online bookmaker, Marca Apuestas, in an attempt to benefit from this growing industry. Playing by the rules
The rapid growth of online gambling in Spain has led to increased calls to regulate the sector. Earlier this year, those calls came close to being answered after two of the political parties making up the country’s ruling coalition, the Spanish Socialist Workers’ Party and Podemos, agreed that “urgent measures” were needed to help govern retail and digital organisations. Reforms are likely to focus on advertising restrictions and tackling the damaging social effects of gambling addiction.

“The main area of concern in Spain (and other regulated markets) appears to be that as the popularity of online gambling increases, issues around player protection come to the fore,” explained Peter Murray, Director at Alexem Services, a consultancy firm that has extensive experience working with the gaming sector. “Generally, the percentage of those experiencing harm has remained static, but as online gambling increases in popularity, the actual numbers [of those] affected rise. Harm minimisation and how the industry deals with responsible gambling is the single biggest issue across the sector at present. Spain is no different, and the problem has now landed on the desks of the politicians and the regulator.”

In response to Spain’s proposed new regulations, the European Gaming and Betting Association (EGBA) praised attempts to improve consumer protections in the industry but warned against adopting a heavy-handed approach that could ultimately push players towards unregulated operators.

“Nobody in the gaming industry wants problem gamblers,” Ader said. “And I think every effort should be made to prevent problem gamblers. Nobody in the gaming industry wants underage gamblers either. But I think that there is very good technology around both those areas where you can prevent, with 99.9 percent confidence, these individuals from taking part in the industry.”

Ader cited the example of BetBuddy, a responsible-gambling analytics platform, which combines data mining, machine learning and the latest research in gambling behaviour patterns to identify and engage with at-risk players. Technology like this could prove more effective than passing robust legislation that, as the EGBA touched upon, could prove counterproductive.

A risky proposition
Spanish politicians face a difficult decision over whether to stick or twist. The gambling sector is thriving, posting record revenue. For a country that faced significant economic damage in the aftermath of the global financial crisis, there is a temptation not to meddle with an industry that is doing so well. On the other hand, ethical concerns are mounting − as is the pressure to ramp up regulation. It will be interesting to watch how the government tackles this difficult balancing act.

“I think so long as regulators, operators and game developers continue to take steps to better protect players, then concerns about the ethics of gambling can be put aside,” Ashton said. “People will always bet online, but by regulating and licensing the sector, they can do so at an online casino where they are properly protected.”

Moreover, markets like Spain must ensure that the support is available when an individual does become a problem gambler. Late last year, the country’s gambling regulator announced that it would classify problem gambling as a mental disorder. The industry and gamblers alike should welcome this development. By formally identifying people who compulsively gamble, regulators and other public bodies can address issues facing individuals and society at large. At the same time, the many people who gamble responsibly can continue to enjoy watching, playing and betting on their favourite games. That would be a win-win for all concerned.