Creating an oil and gas sector that puts the environment first

The oil and gas sector may not seem like it has the planet’s best interests at heart. However, Repsol CEO Josu Jon Imaz is proving that businesses can adopt environmental principles without damaging their bottom line 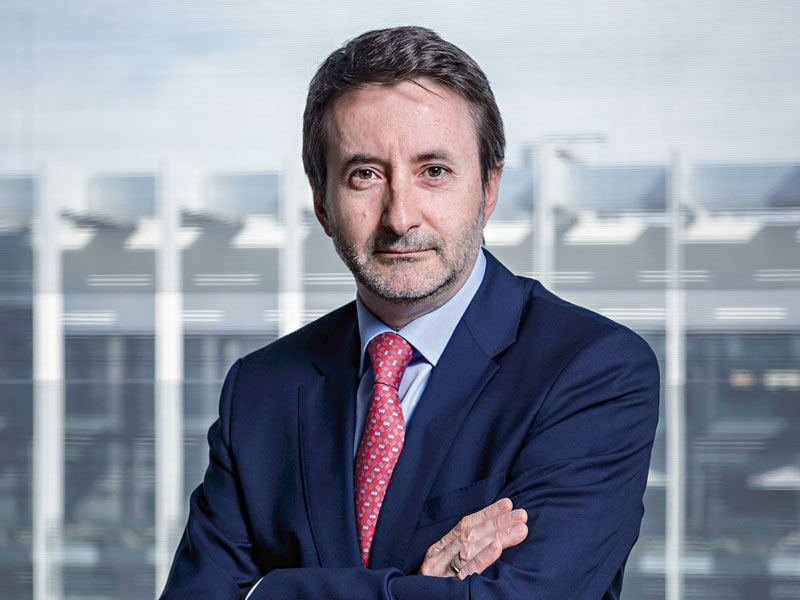 Josu Jon Imaz has taken a bold approach to Repsol’s environmental impact, committing to make the company a net-zero emissions company by 2050
Featured

It has been a dramatic start to the new decade for Repsol. The Spanish oil and gas company opened the most powerful electric vehicle charging station in Europe, launched its own solar self-consumption market and began the installation of two floating wind energy projects off the Portuguese coast.

However, these developments paled in comparison to the company’s announcement in December 2019 that it would be reorganising its business to ensure all its activities were in line with the aims of the Paris Agreement. The ultimate aim is to become a net-zero carbon emission business by 2050. It seems like an enormous undertaking for an organisation that makes the majority of its revenue from harvesting fossil fuels, but it is an ambition that recognises that the entire industry is in the midst of a substantial shift.

“The next decade will see a fundamental change in the way energy is generated and consumed,” Chris Locke, CEO of Corporate Transformation at Rainmaking, told European CEO. “No longer will the market be dominated by the ‘big six’. As the cost of renewable energies, like solar, continues to fall dramatically, you’ll see a big rise in ‘microgeneration’. As the technology evolves to derive renewable energy from cars, buildings and materials, you’ll see a rise in individuals and communities selling their green energy from online platforms. Consumers will easily be able to go off-grid and buy their power from whomever they choose – whether it be locally sourced, such as from a neighbour, local school or farm, or even potentially from a football team they like, or a celebrity. Crucially, many homes will also be able to be self-sustaining, which will have a great impact on the environment.”

Companies like Repsol understand that there is no time to lose when it comes to adopting more environmentally friendly principles. Consumers are changing; energy firms must too. Imaz has taken a bold stance, but it is a welcome one, and one that bodes well for the survival of both Repsol and the planet.

A big commitment
Initially, the notion of a huge petrochemical firm committing to carbon neutrality may appear incongruous – implausible, even. After all, the production and use of oil and gas accounts for more than half of all greenhouse gas emissions associated with energy consumption globally, according to a report by CDP. But the industry understands that times are changing rapidly. According to a 2017 study by Cone Communications, 78 percent of consumers want companies to address important social and environmental issues. As green issues continue to make headlines around the world, this figure is likely to increase.

From this perspective, Repsol’s pledge to become a net-zero emissions company by 2050 makes a lot of sense. However, this does not mean it will be easy. The company is the first in the industry to set such an ambitious goal, but others may well follow.

There is a growing perception that the oil and gas sector has to shake off its image as the environmental villain if it is to survive. According to analysis undertaken last year, over 80 percent of the world’s biggest companies are unlikely to meet the targets outlined in the Paris climate agreement by 2050. Repsol is determined not to be among them.

“We are convinced that we must set more ambitious objectives to fight climate change,” Imaz announced late in 2019. “We believe now it is the right time for Repsol. We do it with the utmost confidence that we invest for the future. Addressing the significant challenges that lie ahead with strategic clarity is what will allow us to turn them into opportunities. We are convinced that this strengthens our project that is sustainable, attractive and profitable for all our stakeholders.”

To achieve this aim, Imaz has set his company a series of escalating carbon targets: working from a 2016 baseline, the company aims to reduce its carbon intensity score by 10 percent by 2025, 20 percent by 2030 and 40 percent by 2040. Technology will undoubtedly play an essential role in this transition, and Repsol believes that existing solutions – including carbon capture – can propel the firm to within 70 percent of its 2050 target.

Imaz has also put a sustainable business strategy in place, which touches upon various parts of Repsol’s operations. The Spanish firm currently has a low-carbon electricity generation capacity of 2,952MW, but has already greenlit one wind power and two photovoltaic projects to provide an additional 1,600MW. It will also double its production of high-quality biofuels made from vegetable oils by 2030 and increase the recycled content in its chemicals division.

Imaz knows his company cannot achieve its environmental aims alone, and even if it could, outside support will still be necessary for the global economy to undergo the shift required to save the planet. Repsol is pushing other brands towards its green stance by raising awareness of the gravity of the situation. It will also seek to cajole firms into following its lead by flexing its financial muscles. Later this year, Repsol will launch an analysis of all the associations and initiatives that it is involved in; any that are found to be incompatible with the company’s environmental mission will be jettisoned. From villain to hero
Estimates vary hugely on what role fossil fuels are likely to play in the energy mix of the future. However, even the most optimistic estimates predict there will be a place for oil and gas within the global economy for decades to come. The International Energy Agency’s Sustainable Development Scenario, for example, suggests that demand for liquid fuels in 2040 will fall by 30 percent compared with 2018 levels: a significant decrease, but one that would still leave the world thirsty for 66.7 million barrels a day. Gas demand, on the other hand, would remain largely unchanged in this scenario. It is likely, therefore, that any transition towards a low-carbon future will require the assistance of oil and gas firms – whether the fault of technology, finance or political will, fossil fuels won’t be going away anytime soon.

Despite the predicted enduring appeal of fossil fuels, many oil and gas firms could be doing more to bolster their green credentials. According to a study carried out last year by think tank Carbon Tracker, firms in the industry have authorised $50bn (€45.4bn) worth of investments that undermine climate targets since 2018. If organisations want to do more, they could first stop working in direct opposition to their stated environmentalism.

Having said that, others have joined Repsol in fighting the good fight. Across 2019, BP announced $100m (€90.8m) of funding for projects aimed at reducing emissions in its upstream operations. Royal Dutch Shell, meanwhile, is investing in solar power projects in the US, Europe and the Middle East, and Total has allocated 10 percent of its research and development budget to carbon utilisation and storage technologies.

“I’d say oil and gas companies are committed to reducing their carbon footprint in the vast majority of cases,” said David Frame, CEO of oil and gas software firm Asset55. “International oil companies have great scope to deliver change across onshore and offshore activities, so it’s within their power to generate some pretty quick returns, while other industries will take more time. They operate under a social licence, so they are [invested] in delivering real outcomes in CO2 reduction. By 2050, oil and gas will most probably still account for more than a third of the world’s energy supply. By sheer scale of operation, it will always be a huge task for operators to hit net carbon targets, but they’re on that journey now for certain.”

Whether the fault of technology, finance or political will, fossil fuels won’t be going away anytime soon

Not many companies can boast as long-standing a commitment to tackling climate change as Repsol, however. The Madrid-based company has been consistent in its adherence to environmental initiatives, and was the first organisation from the oil and gas sector to support the Kyoto Protocol, which was signed in 1997 as part of a commitment to tackling rising global temperatures. Under Imaz, who has served as CEO for almost six years, Repsol’s sustainable policies have been ramped up, starting with investors praising his “passionate” approach to carbon reduction and his ambitious 2050 net-zero emissions pledge.

Best of both worlds
Carbon reduction may have been Repsol’s headline-grabbing news, but the company has been pursuing developments in other areas too. It is exploring whether oil supplies from Western Canada could replace decreasing stock in Latin America. If the plan goes ahead, 500,000 barrels of heavy crude would be moved 1,911 miles by rail from Alberta to Montreal before being shipped to Europe. The pursuance of new projects like these has led some to criticise Repsol for engaging in ‘greenwashing’ – paying lip service to environmental causes while carrying out business as usual.

“There is an element of being damned if you do, damned if you don’t, but scale of investment and pace of change are the real scorecards of industry progress,” Frame said. “Some operators will always plan reactively, yet the leaders lead from the front and they pull the industry forward with them. Exxon, Repsol, BP, Shell, Equinor and others are driving that change and showing others what is possible. The world’s energy demand is a human one, as is the drive for carbon change. The people inside oil and gas live in the exact same world we all do, so I don’t believe the industry has a different goal to us all.”

Rather than being evidence of insincerity in Repsol’s green ambitions, the company’s new projects show how Imaz aims to combine financial success for his company with environmental safeguards for the global populace. For him, adopting a greener approach needn’t mean compromising on long-term revenue streams – the two are not opposing forces.

“We are not [reducing CO2 emissions] because we are a [non-governmental organisation] and we only want to contribute in a generous way to climate change,” Imaz told Business Insider. “We are doing that because we want to make money. What we’re doing has to fully support returns. That is, of course, a minimum condition.”

Over a number of years, even prior to becoming CEO, Imaz has been outspoken in his appreciation of creating new efficiencies. At Repsol, these often involve cutting down on unnecessary energy usage. Of course, this is an environmental boon, but trimming waste also boosts profit margins – it’s good for Mother Earth and investors at the same time.