60 years at the top of the world

Talk of tackling Everest is usually in metaphorical terms. Nevertheless, mountaineering is a surprisingly popular hobby among professionals at present 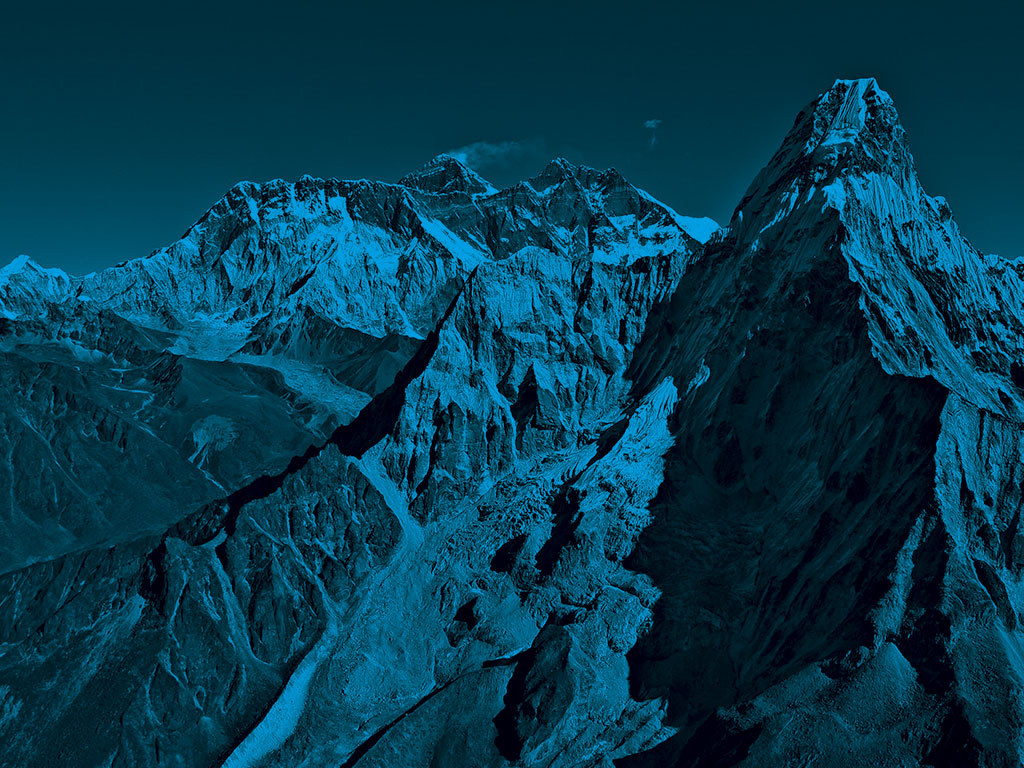 This year marks the 60th anniversary of Sir Edmund Hillary and Tenzing Norgay taking the most significant steps of their lives. On May 29, 1953, they stood where no man had stood before: the summit of Everest, the tallest mountain on Earth. Today, more than 3,000 other hardy adventurers have stood at the top of the world and triumphantly gazed down from a height of 8,848 metres. Thousands more have made the ascent to the Everest Base Camps in Nepal and Tibet, as well as other peaks in the surrounding Khumbu and Rongbuk valleys. But the trips are not for the fainthearted.

Any trek guide company will advise potential adventurers to embark on a fitness regime in preparation for a climb. For those keen to retrace the footsteps of Hillary and Norgay they will have to brave ‘the death zone’ (the top 848m of Everest). Above 8,000m, the human body is unable to acclimatise to the low oxygen levels, so carrying supplementary oxygen is vital. Those who are fitter find the climb infinitely easier and more enjoyable. In addition to being physically fit, it is just as important – if not more so – to be mentally prepared to face Everest.

Karl Kesser, a Project Director with McDermott International, is a keen mountaineer. He says: “The single biggest challenge I always face when climbing is the mental challenge. In my books, climbing is 15 percent physical, 85 percent mental. You can be the strongest climber in the world, but if you don’t have mental strength, you’ll never take the first step towards the summit.” Age is no obstacle
Kesser, 56, is climbing his way around the world’s seven summits, having previously scaled Everest, Willem and Aconcagua, as well as summiting Kilimanjaro and Elbrus. He fondly looks back on his first ‘big’ mountain climb in 2008 to Kala Pattar – a small peak on Everest,  just two hours short of reaching Everest Base Camp.

He says: “It’s a popular goal for many people like myself who want to see the Khumbu Valley but will never be able to make an attempt to summit Everest itself. If I were 20 years younger, I’d go for it! I guess you can say the appeal of trekking to Kala Pattar was that it was a once-in-a-lifetime opportunity. I remember someone in my trek group commenting that by climbing on Everest we were doing something that less than one percent of the world’s population had done or would ever do.  It’s nice to think that you’re doing something that’s a little bit different.”

Mountaineering is a unique hobby. Kesser says he enjoys the challenges of self-motivation and keeping his senses sharp to stay safe while on the mountain – as well as the physical fitness it brings and the amazing scenery. It is a sport accessible to anybody, with levels of difficulty varying from ambling through foothills to scaling vertical ice walls.

Climbing allows people to set and reach their own personal goals, overcoming challenges along the way and ultimately enjoying the journey. Thinking about it in these terms makes it relatable to anyone in a professional environment, which is potentially the reason so many career-driven businessmen are turning their hand to this pastime.

The long way down

But mountain climbing is not just about reaching the top; it’s also about the descent. Kesser says: “Standing at the top of a mountain, you feel a little bit of joy about accomplishing your goal. But then reality taps you on the shoulder, reminding you that you’re only halfway. For me, and a lot of mountaineers, getting down is much harder than getting up. Last year, my group was hit by a white-out ten minutes after we summited Elbrus [one of the world’s seven summits, located in Russia near the border with Georgia] making the first hour of our four-hour descent quite interesting.”

Hillary and Norgay’s famous ascent took three days, but the intrepid pair was only able to stay at Everest’s summit for 15 minutes due to their low oxygen supplies. In that time, Hillary took a photograph of Tenzing holding his pickaxe aloft in triumph as well as photos looking down all sides of the mountain to prove their achievement.

After the pair shared a celebratory bar of mint cake and picked up some souvenir stones, Hillary left a small cross behind – given to him by John Hunt, the leader of the British Everest Expedition Team that led him to this momentous point – for the next expedition to reach the top. Norgay also left chocolates as a gift to the gods of the mountain: a tradition from his Buddhist upbringing.

Marking the date
Several adventure tour operators plan to follow the traditional route to Everest Base Camp in May, to mark the auspicious date of May 29: exactly 60 years after Hillary and Norgay took the last steps of their landmark climb. These days, there are even ‘clean up treks’ to help clear the oxygen tanks, tents and litter left behind by careless trekkers.

For those who do not want to be quite so hands on and would rather experience Everest’s majesty from a distance, there are luxury trekking options available. These involve hikes at a more leisurely pace and incline in the foothills of Everest, with the option to stay in a hotel if a bed seems preferable to a sleeping bag on the stony ground while facing the perils of altitude sickness and the death zone.