Barcelona is fighting for pedestrians – but is the project misguided?

With cars increasingly held to blame for the decline of urban centres, Barcelona is pushing forward with a bold project to reclaim the city for a new class of space-conscious urban dwellers 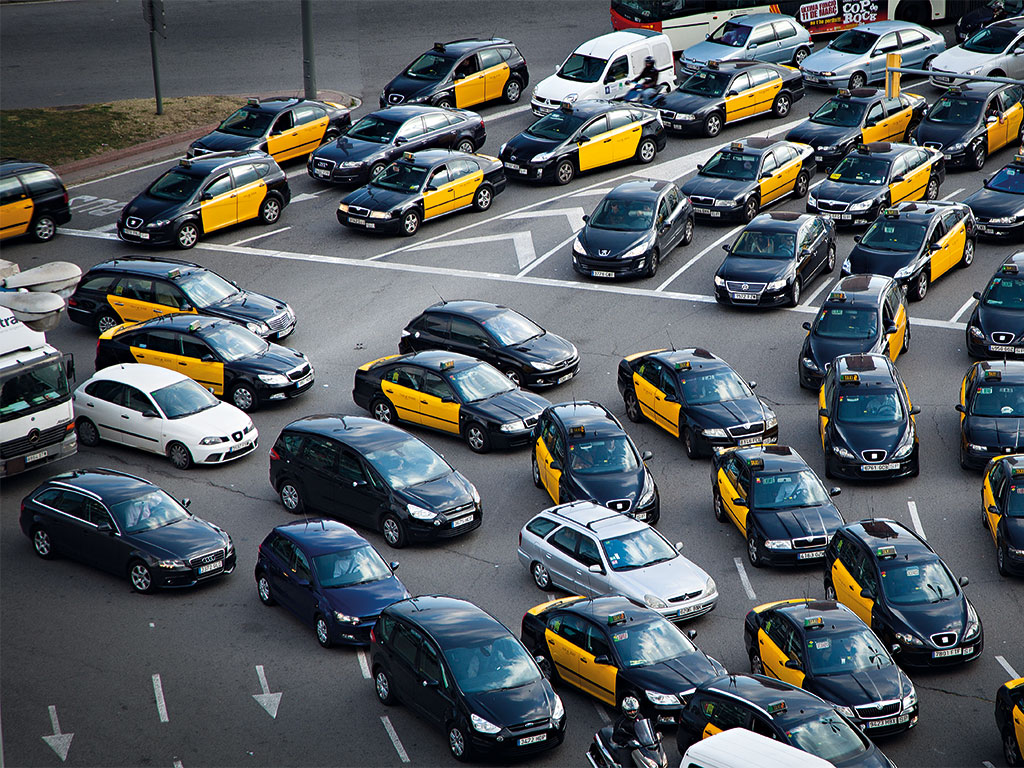 Traffic in Barcelona is often so bad that total gridlock occurs for long periods of time. The superblocks project aims to cut the dominance of motor vehicles
Lifestyle

Life in the second half of the 20th century, Lewis Mumford once quipped, was “an encapsulated life, spent more and more either in a motor car or within the cabin of darkness before a television set”. Computers and smartphones have largely replaced the television in the lives of many, but the principle mode of transport for most Europeans is still the car. As with most old European cities, Barcelona suffers from chronic traffic jams; cars clog the city’s streets, moving at a snail’s pace at the busiest times. While this is obviously an inconvenience to car users, it is also highly detrimental to residents and visitors. High traffic density and persistent jams create noise and pollution, as well as making the city harder to navigate by bicycle and by foot.

Rising metropolis
Part of the reason for this is the city’s steady growth over the past decade. Barcelona is, along with many western European cities, in the midst of a population revival. The historic core of the city has roughly the same population it did in 1960 – that is, 1.6 million, which is lower than the 1.75 million peak of the 1980s. At the same time, however, the wider city has seen explosive growth: since 1950, the population of the Barcelona metropolitan area has surged from 2.2 million to 5.6 million.

Barcelona is not quite dense enough to preclude car travel for the majority of inhabitants, but it does suffer from smaller and less car-friendly roads

This population boom has made Barcelona particularly dense, though it still lags behind the world’s most tightly packed city. As Wendell Cox noted on NewGeography.com: “[Barcelona covers] approximately 55sq miles, slightly less than Washington, DC. Barcelona’s density is much higher, at approximately 40,700 per sq mile, as opposed to… 10,000 per sq mile [in] Washington. Yet other core areas are considerably more dense, such as the Ville de Paris, which is at least 30 percent more dense, and Manhattan, which is approximately 50 percent more dense.”

Effectively, Barcelona is not quite dense enough to preclude car travel for the vast majority of inhabitants (as is the case in Manhattan), but it does suffer from considerably smaller and less car-friendly roads. As a result, many of the city’s roads have become almost intolerably jammed with slow-moving traffic at all but the quietest times.

With this in mind, authorities are embarking on a plan to curb car use. The Barcelona City Council, in collaboration with the Urban Ecology Agency, has launched an initiative to create car-free neighbourhoods in the city. Certain areas are to be blocked off from motor vehicle use, creating so-called ‘superblocks’. Much of the historic core of Barcelona is designed around gridded squares of buildings, the work of Ildefons Cerdà in the late 19th century, and it is a select number of these that will become the first superblocks. This execution is tailored to Barcelona’s unique layout, but the idea is part of a wider trend among architects and urban planners around the world.

Creative class
After many years of urban decline and suburban expansion, cities across the western world are in a period of rising popularity. Since the late 20th century, efforts to stem urban decline have been superseded by the positive concept of urban renewal – the idea of crafting an affable environment for city residents and visitors, which would not need to be incentivised in order to retain its inhabitants. One of the main proponents of city revival has been the US geographer Richard Florida. In his seminal work on the topic, The Rise of the Creative Class, Florida argued the new economy of the 21st century is based on creativity, which includes both the arts and tech industries. And, he argued, the class of people this new economy employs – the ‘creative class’ – can be defined by certain tastes and values: these include the need for high-quality cycling and walking infrastructure within cities, as well as the resulting clean, open public spaces that are so often squeezed out to make room for cars. Indeed, another defining feature of the creative class is a rejection of the landscape of suburban life, which is heavily based around car access.

While in the early and mid-20th century cars were seen as a liberating fruit of modernity, in recent times they have begun to take some of the blame for the decline of public life in cities. Many commentators now look mockingly, or even snobbishly, at cities organised around car travel. From the UK’s Milton Keynes to the urban sprawl of Houston in Texas, such car-based cities are increasingly seen as cultural wastelands. In these places, the argument runs, cars provide transport from the suburban home to the isolated shopping mall or business park, precluding any sense of community, belonging or public life.

In his book Revolt of the Elites, US historian Christopher Lasch, while no great supporter of the rise of the creative class, identified strip malls – usually accessed by car – as particularly life-sapping features of suburbs. “Strip malls are no substitute for neighbourhoods”, he said. The urban sociologist Ray Oldenburg went one step further, arguing that whereas traditional city neighbourhoods, populated by pedestrians, offer a “cast of characters”, the shopping malls of the suburbs serve up merely a “drifting amalgam of nonpersons”.

Behind the idea of superblocks, then, is a desire to reclaim the city for the creative class, bringing the centre of life back from the suburbs to the urban centre. The industries and people Barcelona wishes to court are sensitive to the public life of cities. They want to live somewhere where car-free streets and welcoming public gathering points are not just the norm, but the priority.

Maintaining mobility
According to Alastair Donald, Associate Director of the UK-based Future Cities Project, there is a trend among urban designers to pursue what has been termed a ‘place-making’ or ‘liveable cities’ agenda. Such an approach, however, does have its drawbacks. According to Donald: “The place-making agenda has long been narrowly focused… tending to ignore wider trends while emphasising the aspects of regeneration that partisan urban designers want to see.”

He noted that in Barcelona, as in many other cities, “this has meant ignoring the 20th century reconstitution of cities as dispersed, but highly mobile metropolitan or regional networks”. Instead, such initiatives merely focus on the supposed “benefits of the ‘urban renaissance’ in city centre areas, where an idealised historic city of streets and public squares could take root, populated by cultural and creative types and the leisurely classes that comprise the cappuccino society”. Donald noted that while “there’s nothing wrong with reorganising city space to allow for public activities”, it must be balanced with a recognition that mobility is an essential part of urban life, in which cars play an important role. In this sense, Barcelona’s challenge is not just how to reduce the use of cars, but how to restore pedestrian areas without limiting access in a way that just pushes traffic problems into different areas.