The American publisher, who was a trailblazer in the media industry and changed ideas about sexuality in the US, has passed away in Los Angeles 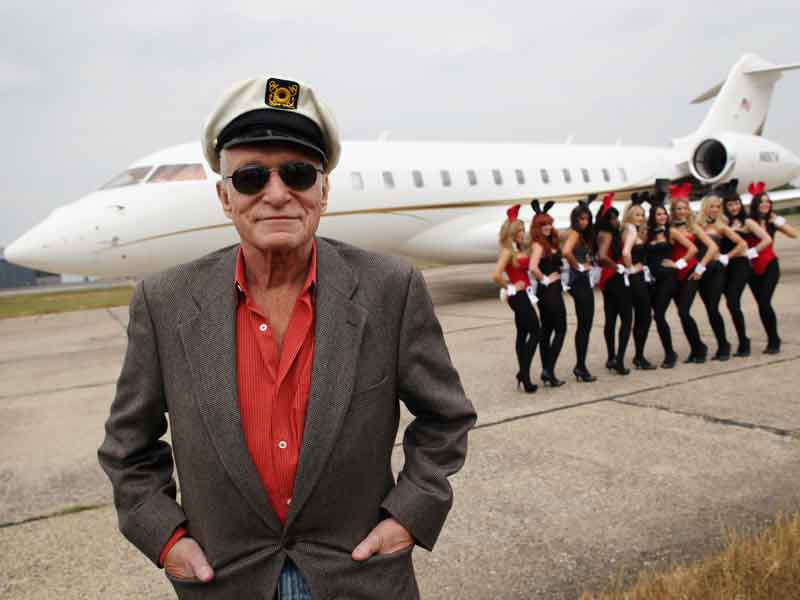 The media mogul faced a great deal of criticism throughout his controversial career, however the Playboy brand has been successful since it was founded in 1953
Lifestyle

Hugh Hefner, founder and former CEO of Playboy Enterprises, the global media and lifestyle company, died from natural causes on September 27 in Los Angeles aged 91. The revolutionary businessman created a media and entertainment empire that was successful from the publication of the very first issue of Playboy magazine in 1953. This issue sold out in weeks thanks to pictures of a nude Marilyn Monroe.

Before finding success in the media industry, Hefner obtained a bachelor’s degree in psychology from the University of Illinois at Urbana-Champaign. Hefner served as an infantry clerk and army newspaper cartoonist at the end of World War II, before moving on to Esquire magazine, Bloomberg wrote in his obituary.

As Editor in Chief of the scandalous monthly publication Playboy, Hefner quickly became a millionaire. In just five years, the magazine’s annual profit climbed to $4m and its rabbit logo earned international recognition, according to The New York Times.

Despite the magazine’s widespread popularity, critics of Hefner’s sexual revolution multiplied at the same pace as his audience.

Despite the magazine’s widespread popularity, critics of Hefner’s sexual revolution multiplied at the same pace as his audience. He faced opposition from feminists and moralists who disagreed with his views and role in making sexually explicit content available to the masses.

Playboy Enterprises went public in 1971, when its flagship magazine’s monthly sales reached around seven million. By that time, the company had expanded into the resort business and needed funds for branches in Jamaica and Lake Geneva, as well as to finance casinos in London and the Bahamas. The Bahamas division didn’t succeed, however, and a decade later the decision was made to close it, together with other unprofitable initiatives, such as Playboy Records.

Despite tough times, the brand survived. So did Hefner, who suffered a stroke in 1985, after which he stayed on as the magazine’s Editor in Chief.

In 2011, Playboy Enterprises returned to private hands, hit by changes in consumption brought about by new digital technologies. Trying to find a new model, the magazine took an unexpected turn four years later: it announced it would stop publishing pictures of fully nude women, the Wall Street Journal wrote, though this changed was short-lived, lasting only until February this year.

Playboy’s founder has been married three times. Mildred Williams, a former college classmate and long-term girlfriend, became his first wife in 1949. The couple had two children: Christy, who was named President and Chief Executive of her father’s company between 1982 and 2009, and David.

After his first divorce, at the age of 59, Hefner married Kimberley Conrad. He had two more sons with Conrad, who was 36 years his junior and was once named ‘Playmate of the Year’. One of Hefner’s sons from this marriage, Cooper, was recently appointed Chief Creative Officer at the magazine.

Hefner married for the third and last time at 85 years old when, in 2012, he got married to the 25-year-old former model Crystal Harris.

By the time of his death, the revolutionary publisher still retained 20 percent of Playboy Enterprises. His final wish was to be buried in a crypt he owned next to Marilyn Monroe’s grave in Los Angeles.