Maserati has set out an aggressive strategy, with plans to double its worldwide dealer network by the end of 2013 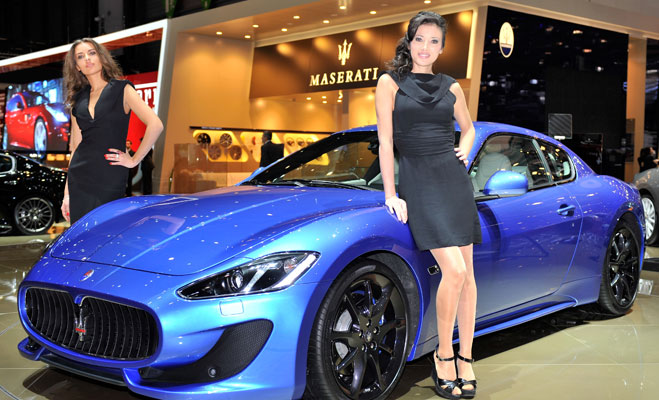 The luxury Italian automaker’s aggressive expansion programme is fuelled by the need to provide sufficient platforms to showcase new models, four examples of which are currently in the pipeline.

“We need a broader dealer body of about 500 dealers in place before our new models begin arriving on the market. Most of this expansion will happen by the end of this year,” said Maserati CEO Harald Wester.

Although Maserati’s expansion is to be a worldwide phenomenon, with new showrooms to be established in countries that already host Maserati outlets, the company will also be focusing its attention on accessing previously untapped markets. Such markets are in counties whose rapid economic growth in recent years has heralded the creation of a sizeable ‘nouveau riche’ sector in society, with disposable income to spend on luxury goods. Mumbai, in India, is to be the site of a new Maserati dealership that will cater for this rapidly expanding niche in the market.

Dealerships will also be set up in countries with long-established wealth, whose markets have yet to be tapped, Tehran, in Iran is to be the site of a new dealership in 2013.

The expansion is to be financed by vastly increased sales, as the company’s new models target a much wider audience. While Maserati sold just under 6,200 vehicles in 2011, it aims to achieve sales of around 40,000 units in 2014, climbing sharply to 60,000 in the following year.

The first new model to appear on the scene will be the new-generation Quattroporte upper-premium saloon. An updated version of Maserati’s flagship vehicle, it will make its first appearance at the Detroit auto show in January 2013, going on sale in Europe by March of the same year, and in the USA sometime in spring. The car’s starting price is expected to be between €100,000 and €125,000, around £83,000 – £104,000.

Maserati has plans to add a second new model to its range in mid-2013. The car, which has still to be named, will be a medium-premium saloon, costing between €55,000 and €75,000 euros (£46,000 – £62,000). This model will be pivotal to the company’s expansion plans, as it is designed to increase its customer base by appealing to a new sector in the market. Due to go on sale in Europe by September 2013, it will be launched in the USA by the end of the same year.

The company also plans to add an SUV to its range in the autumn of 2014 and to debut the GranTurisimo large coupe’s successor the following year. A replacement for the GranCabrio convertible has yet to be confirmed.

This ambitious expansion programme is indicative of Maserati’s aim to establish itself as far more than a mere subsidiary of its parent company, Italian car giant, Fiat.