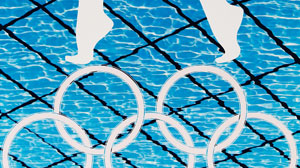 Critics are demanding more transparency as to the number and pricing of available tickets, saying that the organisers of the Games appear to be selling far more expensive tickets than affordable ones, shutting the average consumer out of the process. In fact, the London Assembly recently charged that too much secrecy surrounds the ticketing process, and that the British public, which is footing the bill for a good portion of the Games, deserves a clear and understandable ticketing process.

Since its inception, the ticketing process for the London Games has had problems.  Computer snafus and a surge of demand overwhelmed the system, and a complicated lottery process wherein people had to pay first in the hope that they might end up with a ticket have all contributed to public unease. A Boston Globe article has highlighted the problems for Americans hoping to cross the pond and see some of the competitions.

The alleged unfairness of the ticketing scheme, combined with the rumour that fast-lane transportation tickets are being sold for up to £20,000 as well, has created quite a bit of mistrust. Fast-lane tickets, supposedly reserved for athletes, sponsors, media, and officials of the Games, are reportedly being made available to those with the capacity to pay for unfettered access to the 39 miles of routes around the Games’ venues. Transport in London can be difficult on a cold day in November; during the Games, it is expected to be a main concern, along with the policing of the Games and security.

The latest outrage appears to be over the decision to charge spectators £10 simply to watch the Games on giant screens in Olympic Park – this after the taxpayers funded the giant screens in the first place. It has already been announced that the road cycling event, traditionally free for much of the course, will be a pay-to-watch event, as will the portion of the sailing competition that runs along the Dorset coastline.

Understandably, Londoners are feeling short-changed. The Games, which were supposed to bring in millions of pounds of revenue from around the world, instead appear to be wringing every pence out of residents’ pocketbooks. In addition, the reservation of thousands of tickets, so that they are not available to the public, has fuelled the outrage.

For example, only one-third of the seats to the Men’s 100m finals – a premiere event – will be sold to members of the public within the EU. The rest are being reserved for corporate sponsors, overseas buyers, and the media.

Lady Dee Doocey, Chairwoman of the London Assembly’s Culture and Sport Committee, said: “This is a Games for the rich rather than a Games for everyone.” The refusal of LOCOG, the London Organising Committee of the Olympic and Paralympic Games, to divulge the numbers of tickets available at each price level until ticket sales are complete, has caused even further outrage. With only a short time until the Games begin, it is doubtful this controversy will be settled before the first tickets are used.