Radio remains relevant over a century after its invention

Over the course of the last century, radio has proven itself a resilient medium, capable of defying trends to consistently appeal to new generations 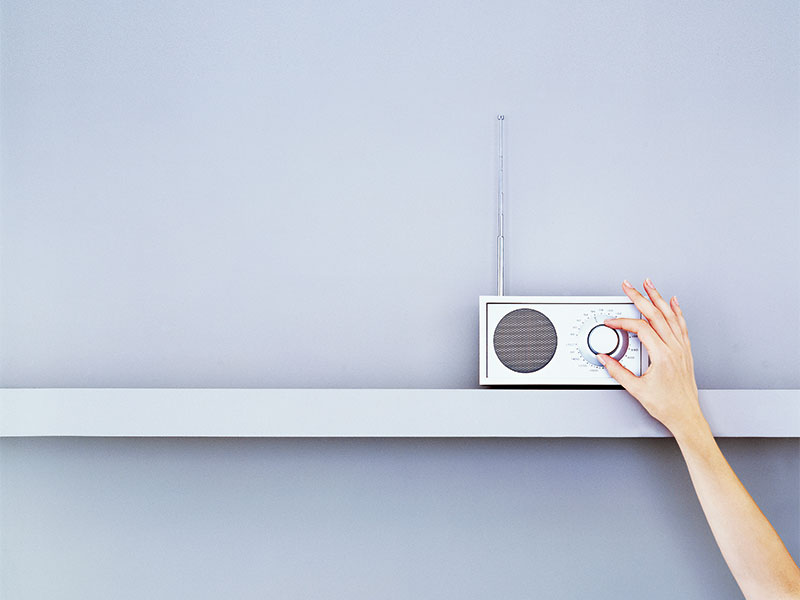 Through innumerable technological shifts, radio has managed to redefine itself and stay relevant to generation after generation
Lifestyle

Since the 1920s, ‘mass culture’ has developed at breakneck speed through new and innovative technologies: film, television, the internet. As entertainment has evolved, people have increased their rate of consumption to accommodate its new forms. Yet, in recent years, the continuing pace of change has also led consumers to become more selective about which formats they use. One important factor in this century-long process has been the rise of so-called ‘primary’ media such as websites and mobile apps, which require the attention of multiple senses including sight, sound and touch. Ultimately, this process has led people away from older, less engaging ‘secondary’ media, such as printed news, which has recently experienced a huge drop in advertising revenues as readers have migrated online.

Despite the rapid advance of disruptive new formats, however, the humble, low-engagement radio has remained surprisingly resilient. In the first four months of 2013, US digital radio provider TuneIn reported a billion hours of listening worldwide and, in the second quarter of 2016, more US listeners tuned in to radio shows than in any other quarter beforehand. In the same year, UK industry watchdog Rajar reported the average British listener consumed a staggering 21.5 hours of radio every week, 61 percent of which was at home and 16 percent at work.

“Radio has fought off challenges in the past and is continuing to do so now”, said Professor Guy Starkey, Associate Dean of Global Engagement at Bournemouth University’s Centre for Media History. “Newspaper circulation has more than halved in the past 20 years, but radio is listened to by 90 percent of adults in the UK. For comparison, television is 92 percent.” While there are many reasons for radio’s long-term success, the secret ingredient has been its adaptability in the face of technological change. These days, such pioneering activity is changing radio to an unprecedented degree.

Survive and thrive
In the 30s, radio became a mainstream consumer product, as loudspeaker models replaced older, headphone-based crystal units. Since then, one major reason for radio’s longevity has been its fundamentally appealing nature. “What radio does best is storytelling”, explained Professor David Hendy, a media historian from the University of Sussex. “That is a continuation of something that is intrinsically human and desirable; storytelling is a deep, almost primitive thing that radio supplies.” In the mid 20th century, as the new medium struck a chord with listeners, it branched out to broadcast everything from news programmes to comedy shows and music. “In many ways, being a secondary medium, something that you listen to in the background rather than something that you attend to, is also durable because you’re listening to it as other things are happening”, explained Hendy.

Despite the rapid advance of disruptive new formats, the humble, low-engagement radio has remained surprisingly resilient

As time passed, innovation became the most important reason for radio’s continued success. The medium’s first major test came in the 50s, as television exploded into the post-war marketplace. By 1956, over half of all US homes had a television set, usually in the corner of the living room, and most cities were linked to AT&T’s burgeoning network. To avoid becoming obsolete, radio manufacturers adapted their product by latching on to a new and revolutionary technology: solid-state transistors. The first mass-market model to incorporate this circuitry, the Regency TR-1, was released in October 1954 and sold 100,000 units within its first year. Because transistors were smaller and lighter than old, hefty vacuum tubes, they allowed radios to become portable between rooms, outdoors, and even saw them installed in cars.

Such adaptability gave radio huge growth potential, which was reflected by hefty investments from burgeoning players like NewsCorp and CBS. This eventually pushed radio from merely surviving to thriving once again. Between 1983 and 2016, the ownership of 90 percent of US media passed from 50 companies to just six, which boosted profitability in hundreds of outlets. With external sources of revenue provided by big corporations, small stations suddenly became far more competitive and were able to drive out local rivals by absorbing their audiences. In the process, popular, standardised radio formats such as call-in shows and music programmes were also introduced, which led many to conclude profitability had come at the expense of quality. “My view is skewed because I spent 21 years in public service broadcasting, but to me, commercial radio now is a big amorphous blob of inferior content”, said Marek Bekerman, a lecturer in radio at the University of Salford.

Digital era
Recently, internet-enabled devices such as smartphones and laptops have given consumers new ways to access the kind of content that is conventionally broadcast on radio, such as spoken-word programming and music, in the form of news websites and apps. To retain listeners, radio has once again innovated technologically. For example, it has begun to move away from traditional FM and AM frequencies that are supported by broadcasting towers and towards satellite catered digital signals. In the UK, which is at the forefront of DAB service, over 45 percent of all radio listening is done via digital formats, including DAB and DTV, up from 29 percent in 2011. With this shift, radio’s coverage has expanded worldwide, no longer limited by factors such as finite bandwidth.

Many new players have realised the potential of this process and are finding new ways to monetise it. For instance, TuneIn has designed an app with over 100,000 radio stations on it and has seen heavy investment from the venture capital wings of big companies including Google. It makes money through on-screen advertising that is personalised for each user via cookies, which would have been impossible on conventional broadcast frequencies. “Currently, depending on who you talk to within the radio industry, TuneIn is either a very good thing or a bunch of sharks who are stealing their content”, said radio futurologist James Cridland. Since its founding in 2002, the company has faced controversies for illegally advertising to minors in Belgium and for dropping radio stations if they push back against its marketing methods.

Given the rise of such dynamic yet controversial new companies, many radio stations have been spurred to innovate too. One example is LBC in London, which sells podcasts as premium offerings alongside its regular content, which is also circulated in video format on social media. “There are also aggregators like Radioplayer in Belgium, Germany and the UK that are owned by radio groups and are earning money for radio”, Cridland explained. “Radio stations are doing a number of things to monetise their content further.”

Radio has remained hugely successful because manufacturers and broadcasters have recognised the importance of cutting edge technological innovation. This adaptability has been pronounced at times when radio needed to fend-off new, popular entertainment media such as television and the internet. Meanwhile, because radio has never had one single owner, different interest groups have been locked in fierce competition with each other regarding the kind of content that gets broadcast. Once again, these struggles have unfolded on the cutting edges of technology, with competitors such as TuneIn, LBC and Radioplayer all rushing to present radio on the latest formats. Ultimately, the most recent changes and developments are turning radio into very much a primary medium, which is a new development in its century-long process of transformation. Although radio purists will no doubt despair at this thought, others will embrace the new potential that it brings.