Leading the way in the digitalisation of print content 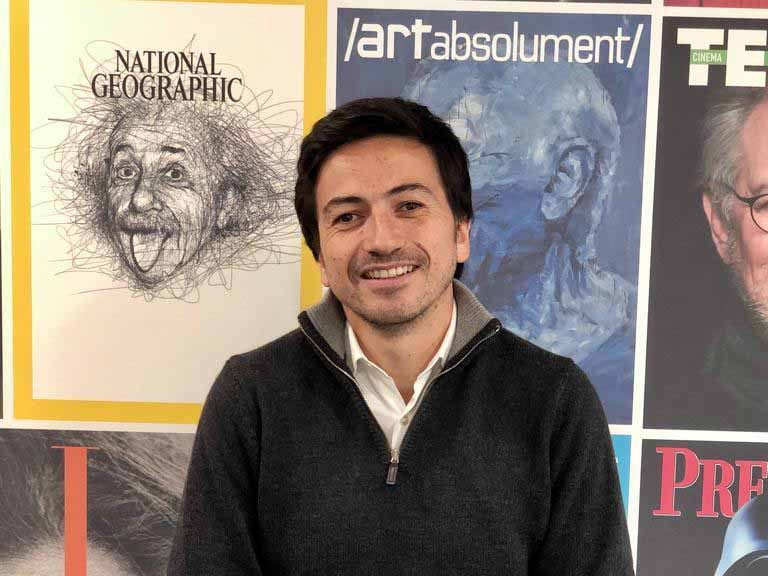 When Ari Assuied founded Cafeyn back in 2006, the tech start-up scene looked quite different to what it is today, and terms such as series A and series B were not so commonly used. The idea of accessing newspapers and magazines via digital means or through anything other than print, was fairly radical too.

But radical ideas can spark entirely new categories. The idea behind what is now Cafeyn originally came to Ari while on holiday in New York in his mid-20s, where he was unable to access his favourite French sports newspaper, L’Equipe, when not in his native country.

Being an avid reader, Ari was quite disappointed. “It seemed crazy I wasn’t able to access my favourite newspaper merely because I was in a different country. In that moment, I idealised an efficient way of homing newspapers and magazines.”

With a masters degree in finance under his belt, a passion for the press industry, and working experience in investment banking in the TMT space, Ari had a strong combination of ingredients needed to equip him to begin the Cafeyn journey.

Untapped market potential
It’s hard to imagine a world now not surrounded by digital technology – without the iPhone or media giants such as GAFA dominating the digital landscape. We take digital access for granted, but this wasn’t always the case.

Following his lightbulb moment on holiday, he worked hard to seek answers and find out what was already out there. “I started to look at other thriving services such as iTunes and wondered why there wasn’t a similar model available for newspapers.”

It was clear, the technology revolution was in no way slowing down, and if the publishing sector didn’t move with the times, it would inevitably be left behind. “I thought to myself that if there wasn’t an iTunes like service available for newspapers and magazines, then I would need to build it myself.”

Though it’s fair to say Ari may be reaping the rewards of hard work now, having the conviction to spot an untapped market and pursue it with determination wasn’t easy. Ari’s journey with Cafeyn has been difficult at times but of course without the struggle would not be where it is today.

Looking back Ari said; “You definitely question yourself and what you’re trying to achieve in those early days, without it already existing somewhere.” Having the foresight to predict the information streaming category was an area worth building his career around took huge courage and risk.

Over the coming years, the acceleration of the internet meant that the digitalisation of the information streaming category and the opportunities within this area needed to be seized immediately. Luckily Ari was ahead of the curve having spotted this opportunity before the internet took off and put things into plain view.

Ari said of other people tapping into new and emerging trends, “To discover an untapped market I would recommend paying attention to emerging trends in adjacent industries and comparing this to what is changing in your industry. Read market prediction articles, read not only business press but also consumer press, monitor Google Trends if it helps you but be persistent and keep reading and learning.”

Maintain a strong vision
As much of a start-up cliche as it may seem, Cafeyn was born out of Ari’s garage, which then transitioned into a small office in the suburbs of Paris, with three developers all tightly packed in the same room.

From day one, Ari ensured Cafeyn was consumer focused, his mantra was that the platform should first and foremost be dedicated to its users, with everything outside of user experience coming afterwards.

Ari was particularly obsessive over the technological platform of the product. “One of the main appeals of a physical magazine is the feel factor – magazines to some are as much of a household ornament as they are an informative material.”

This user friendly experience and ensuring the platform had a thoroughly well designed platform was of paramount importance when Cafeyn was in its infancy. “To this day design and aesthetics help to set us apart from competitor brands.”

His vision has definitely paid off. Cafeyn continues to grow 40 percent year-on-year and has expanded its team significantly from 50 in 2018, expecting the overall headcount to surpass 170 this year.

“If you have a strong vision then you need to believe in your product and stop at nothing to pursue it.” he told European CEO.

Leading with conviction
Having been raised and surrounded by a family of entrepreneurs, he built an entrepreneurial energy into his core – an 18 hour working day was not just acceptable to Ari but the norm. This meant not only having an idea, but having the conviction to follow it through.

Ari is honest, in that being a young entrepreneur with an unfamiliar idea in a huge industry with multiple players wasn’t easy at the start. “During the late 90s and early 21st century the circulation of print newspapers was at its height. Celebrity culture and tabloid journalism meant papers sold well and were quite literally flying off the shelves.”

Developing relationships with major publishers and convincing them then how he could add value for their business with his service was a constant struggle. “Just like any relationship, it takes time to foster a connection and although you shouldn’t have to, proving yourself to someone in business is necessary.”

This meant that when Ari originally approached publishers with the idea of digitising their content and aggregating it into a single platform, he was met with amusement and more often than not, disinterest.

“You have to be prepared for bad news coming at you every day. There are long periods of time when it feels like even making a small amount of progress is unachievable. You deal with troubling and problematic situations each day and find a way to overcome them. But in order to succeed, as much as it’s an overused phrase, it’s really all about persevering and never giving up.” Ari would argue the industry hasn’t been quick enough to keep up with the digital transformation. When he began his journey the challenge was to convince many publishers his business was worthwhile considering, but as his success increased the conversation with some publishers shifted to seeing Cafeyn as a potential threat to their traditional business models. “Managing change with publisher relationships and bringing them with me on the digital journey has been a consistent thread throughout the Cafeyn growth and continues to this day.”

Persevering and being confident with your own profile, Ari says, is a skill in itself. And eventually the relationships with French publishers began to develop and things started to move for Cafeyn.

Where next?
The entertainment and music sectors have seen an exponential acceleration in digital adoption over the last 10 years, with 89 percent of people across the globe listening to on-demand streams, and in 2019, there were more than 850 million online video subscriptions globally.

The rise of digital streaming ultimately came at an important time for Cafeyn and helped cement its business model firmly within the publishing category. This rapid expansion of streaming services in other categories helped publishers to think differently about consumers and their media consumption habits and future expectations as they saw video and music being rapidly disrupted.

Ari told European CEO, “Things have changed so much that now as development and growth largely only exists on the digital side of the publishing industry. Many people don’t realise the publishing industry is over seven times larger than the music industry so the opportunity for further digitalisation in publishing is significant.” The global press and magazine industry is estimated to be worth $145bn, according to a PwC Digital Market Outlook Report (2018-2022), compared to $20bn for recorded music.

Clearly a huge opportunity for streaming services in publishing if they can achieve similar penetration that Netflix and Spotify have achieved in their respective categories. Today, publishing is still largely driven by a physical print model which represents over 85 percent of the market, according to the same PwC Digital Market report. To put this into perspective, this would be similar to physical CDs & Records still taking up 85 percent of the music market and 15 percent made up by streaming services such as Spotify & Apple Music – a pretty archaic idea to imagine about now.

Ari says, “We’ve never wanted to compete with print directly but instead to offer a complimentary service and a new revenue stream for publishers. At the same time our overarching aim has been to give consumers an easier way of accessing the content they like to read wherever and whenever in the world they may be. This runs through everything we do.”

Clearly the access to content issue that set Ari on his journey in New York continues to drive his ambition to this day and reflects his perseverance. Fifteen years later after he founded Cafeyn, now aged 42, Ari has built a successful business and empire in Cafeyn.

As a final word on his journey with Cafeyn, Ari told European CEO; “My main advice to someone who is eager to take advantage of an area that they believe in, but has been somewhat undiscovered, is to see problems not as roadblocks but as sources of new ideas.”

As of today, Cafeyn hosts over 2,500 magazine and newspaper titles, with more than two million active users. It has both built and bought content platforms to support its growth and international expansion.

This ability to maintain a strong vision, identify an untapped market, along with having the conviction to pursue it has meant that Cafeyn has gone on to achieve success, aided moreover with the driving force of Ari’s entrepreneurial spirit and consistent vision.

The business has seen significant change over the years, but Ari’s vision has always remained the same.

“Be certain in yourself. If you want to change the world with your business then of course this involves a degree of risk – but that is often worth taking.”