The modern family of man 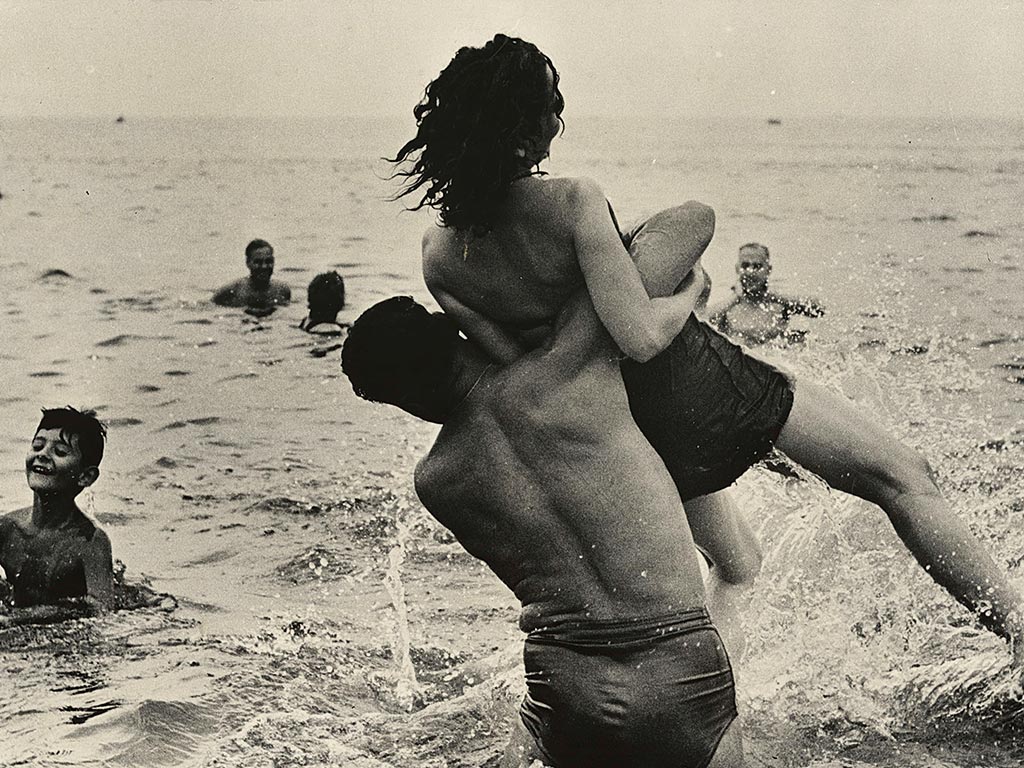 In 1955 the Museum of Modern Art (MOMA) in New York made art history with the opening of The Family of Man, a photography exhibit that sought to demonstrate “the essential oneness of mankind”. Its curator was the museum’s Director of Photography, Edward Steichen, whose experiences as a photographer during the First and Second World Wars inspired him to bring together a monumental body of work that could deliver a message of peace to the world.

In July The Family of Man, Steichen’s collection of 503 photographs by 273 artists from 68 countries, reopened at Clervaux Castle in the curator’s native Luxembourg after an intensive three-year restoration period. It is no less striking today than it was in 1955.

Steichen selected the works from a pool of over two million, arranging them thematically into subject areas that he felt were common to all of humanity, such as birth, work, education, love, religion and death. Images by Robert Capa, Henri Cartier-Bresson, Dorothea Lange and Ansel Adams hang alongside works by unknown photographers. Family portraits, scenes of children at play, images of desperate poverty and much more are displayed without captions – Steichen wanted the photographs to speak for themselves.

Recreating a vision
Seen by over 10 million people in the years since 1955, the images appear in the newly reopened exhibition exactly as they did in the original display at MOMA. The team at Luxembourg’s National Audiovisual Centre (CNA), the institution responsible for the collection, had no wish to meddle with Steichen’s vision for the show. “The hanging of these pictures was as important as the pictures themselves,” says Jean Back, Director of the CNA.

With some photographs hanging in mid-air, others positioned so as to create a 360 degree viewing experience, and yet more appearing on a monumental scale, the original visitor experience has been meticulously recreated. So much time and effort has gone into this project that it’s hard to imagine that the hugely influential show was almost never seen in Luxembourg at all.

Steichen was born in a small town in the south of the Grand Duchy in 1879. His parents emigrated to the US when he was a baby, living first in Chicago then Milwaukee. He became interested in photography at the age of 16 and had his first solo exhibition in Paris in 1902. The following decades Steichen spent collaborating with the great American photographer Alfred Stieglitz, taking fashion photographs for Vogue, Vanity Fair and a host of major advertising agencies, as well as serving in both World Wars. He was phenomenally successful.

Bitter taste
In the early 1950s, in the process of preparing The Family of Man, Steichen offered Luxembourg the chance to be the first stop on the show’s world tour. The Grand Duchy declined the opportunity and while the exhibition visited country after country – over 30 in total over the following years – the curator fumed at having had his gesture of good will rejected.

The process of reconciliation was only set in motion in 1962 following the enquiries of a Luxembourgish journalist curious as to why The Family of Man had never come to Steichen’s native land. It was finally staged in Luxembourg for the first time in 1964 and such was the success of the détente that in 1966 Steichen gifted the collection to the nation in perpetuity, personally selecting Clervaux Castle as its eventual home. The show opened there in 1994.

It’s only now however, believes Back, that this rift has truly healed, the restoration of The Family of Man following the triumphant reopening of another significant Steichen show last year. Together, says the director, these two shows amount to “a reconciliation with what Steichen was for Luxembourg”.

The Bitter Years was Steichen’s next major project after The Family of Man. The curator first came across the iconic images of the Great Depression taken by the all-star photographers of the Farm Security Administration (FSA) in 1938. Some, such as Dorothea Lange’s desperate image Migrant mother, he included in The Family of Man, but it wasn’t until 1962 that the FSA photographs got their own show.

After a run at MOMA, The Bitter Years, whose 208 images tell the story of the impact of the Great Depression on America’s rural poor in the 1930s, toured Europe. Steichen then gifted the show to the state of Luxembourg in 1967. It was briefly on public display in Luxembourg City and then Tokyo in the 1990s but lay hidden in the CNA’s archives until last year when it reopened in a new space in Dudelange, the small town in the south of Luxembourg that the CNA calls home.

An inclusive art
The new space is far from conventional. Dudelange used to be a centre for Luxembourg’s steel industry and The Bitter Years can now be found in the water tower of a former steel processing works. Adjoining the tower is the complex’s old pump house, now reimagined as an exhibition space that hosts changing exhibitions of contemporary photography. The CNA’s director hopes the proximity of the two new spaces will foster “a contemporary, necessary dialogue” between the historic FSA images and photography today.

Back is also eager for the reopened Steichen exhibitions to act as catalysts for “new reflections and new discussions on photography”, looking in particular at photography’s diverse roles in documentary, storytelling and as a vehicle for political messages. Steichen himself, explains Françoise Poos, curator of the The Bitter Years in its new home at the CNA, “had a very inclusive view of photography. For him photography was art on the one hand, but not only art. It was also a medium of mass communication and he wanted to exhibit that part of photography in an art museum, which of course upset the whole artistic community.”

They were right to be upset – Steichen’s work at MOMA entirely changed the way we think about art and photography and the interaction between the two. For anyone interested in the medium, The Family of Man and The Bitter Years are still essential viewing.

The Bitter Years 1935-1941 is on permanent display at the CNA, Dudelange, Luxembourg. The Family of Man can be viewed at Clervaux Castle, Clervaux, Luxembourg. For information about both exhibitions, visit www.steichencollections.lu