Urban Jürgensen demonstrates the value of tradition and heritage

In a sector where longstanding tradition is meeting new technology, watchmakers are struggling to pick a path. For Urban Jürgensen, maintaining high standards is the easy choice 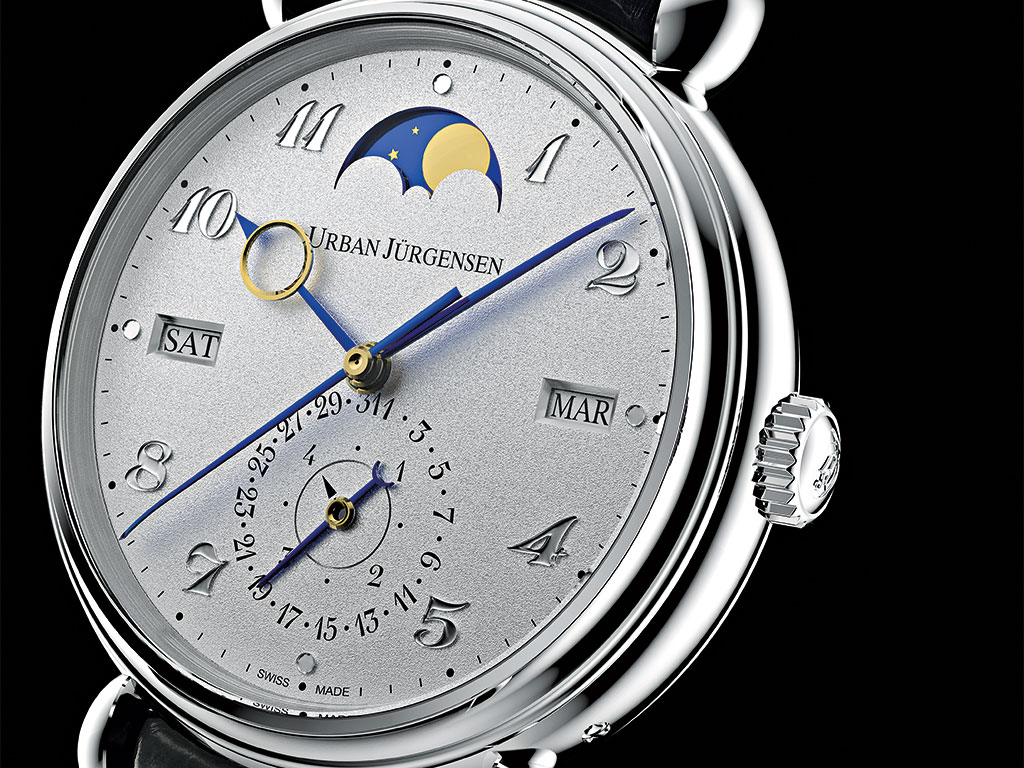 Very few manufacturers can claim to have been continuously in business for over 240 years, and even fewer have stayed true to their original visions through that time. Acclaimed Danish watchmaker Urban Jürgensen, founded in 1773, is one such company. Since recently returning to Danish ownership, the watchmaker has established itself as a quiet achiever of the luxury watch world, ensuring a continued commitment to quality.

“Here is an untarnished, very precious, very old brand”, said Søren Jenry Petersen, President and CEO of Urban Jürgensen. “We are among the founding fathers of the industry. The brand has always been extremely well regarded around the world. Watchmakers still read Urban Jürgensen’s seminal work from 1809, which lay down the basic principles of how you make a watch both reliable and accurate.”

Petersen’s passion for Urban Jürgensen started long before he was CEO of the company. He began collecting watches in the mid-90s, after purchasing a Rolex. Finding the large silver timepiece looked odd at black tie events, he chose an Urban Jürgensen watch as a subtler accessory.

Before his current position, Petersen was at Nokia until 2011. After leaving the mobile phone manufacturer, he undertook consultancy work for companies including McKinsey and BCG. While looking for a new opportunity, the manager of a watch shop he frequented suggested looking into Urban Jürgensen. After assembling five other Danish investors, Petersen and his partners purchased the brand in 2014. The company is now focusing on the craftsmanship and limited product line that have made its watches prized among collectors.

In spite of the stand being made by firms such as Urban Jürgensen, the watch market is facing increasing challenges from the technology sector

“Jürgensen watches have always had a reputation as some of the finest products of the 18th and 19th centuries”, said Petersen. “We’re currently restoring a watch that belonged to the fourth president of the US, James Madison, who was a co-writer of the Declaration of Independence. That’s Urban Jürgensen number 146, and it was manufactured in 1812. When we got it in, it still worked.”

While many luxury brands temporarily became defunct or were forced to add their names to low-quality products throughout their histories, Urban Jürgensen has never closed or compromised on its watches. While operations have shifted, its timepieces have continually been produced to an impeccably high standard.

Tech threat
The Urban Jürgensen brand, though consistently run, has changed nationality a couple of times. “We’ve been Swiss-owned for 30 years, and now we’re back to Danish ownership”, said Petersen. “It just fits into the legacy of the company.”

This focus on history differentiates the watchmaker from its more widely known Swiss rivals. “This is classic watchmaking at its best, and we’re very pure about that. We don’t have any silicon, carbon fibre, magnets or titanium inserts. Nor, for that matter, do we have an interest in hi-tech stuff. For us, it’s about traditional watchmaking, which ensures that our watches can be repaired by any trained watchmaker a hundred years from now.”

In spite of the stand being made by firms such as Urban Jürgensen, the watch market is facing increasing challenges from the technology sector. Prompted by some initial success, dozens of smartwatches have flooded the market, offering a bevy of features besides simply telling the time. However, while products like the Apple Watch may eat into the lower end of the market, luxury timepieces have a very different audience.

“Smartwatches will take away, I believe, one third of the traditional Swiss watchmaking industry, but only in the lower levels where products are mass-manufactured. Steve Jobs was a brilliant marketer, and the only reason he entertained a smartwatch was for the mere convenience of not having to explain to people where it goes on the body. It’s a communication platform, and the fact that it tells time is a side benefit.”

Petersen’s experience at Nokia, a company well versed in upheaval, has informed his perspective on which brands can prompt change, and which can survive it. “In 1996 at Nokia we put the first camera in a phone. Two years later we were up to two megapixel cameras and they were fully competitive with the normal film roll cameras. The Japanese and western camera industries started to unravel. Five years later, Kodak, Fujifilm and the value chains that dealt with developing films started to unravel. Five to eight years later, they were either gone or worth nothing. It was value disappearance, not value migration. The same may happen as smartwatches challenge the lower end of the watchmaking industry, but from Urban Jürgensen’s perspective things are less likely to change. We are a little bit like Rolls Royce – I’m not sure they will feel any of what is happening with electric cars these days.”

The old way
While watches have come a long way in terms of technology, it is still the classic, elegant, handmade timepieces that are valued most highly by collectors. For this reason, even though many are rushing to embrace new technology, Urban Jürgensen is sticking to what it does best.

“When you have that vision and strategy, and you’re about the craft and the integrity of old methods, the decisions become easier to make”, said Petersen. “I often say that when Picasso was in the middle of his career in 1949, he never used a spray can – which was invented that year. This is just to say that when you have authenticity, you don’t have to use new technology just because it becomes available.”

Urban Jürgensen’s watches are about the fine details. They have the distinct impression of being handmade, which is a major selling point for the brand. All decisions moving forward for the company are based on maintaining this aura of age-old expertise. “In today’s world, you can claim that you are doing rare, handmade pieces, and then somebody finds your address on Google Maps and they see a huge manufacturing complex with eight-storey buildings. It doesn’t compute, and customers know something doesn’t add up”, said Petersen. “This is where we see the opportunity and value in staying true to our principles.”

Just like the company’s illustrious past, the future for Urban Jürgensen lies in high achievement done quietly. The company is expanding its headquarters, but remaining in Bienne, where many of the world’s finest watchmakers are located. Petersen said the company is also looking to expand its retail presence, but only through carefully selected partners who can offer the expertise needed to inform about the brand.

Petersen himself is committed to the success of the brand. “I’m very humbled to be in this role, and careful in managing the brand. I sometimes liken it to acquiring an old mansion house. It’s very high quality, and in the corner of the garden there’s this 400-year old oak tree, but then it becomes clear it shadows the porch. You can’t just chop it down. You need years of thinking before you start to change all this, because it was there 400 years ago.”