With a background in engineering and experience in international relations, Éric Trappier’s appointment as CEO of Dassault Aviation looks to broaden the activities of the domestically minded aircraft manufacturer 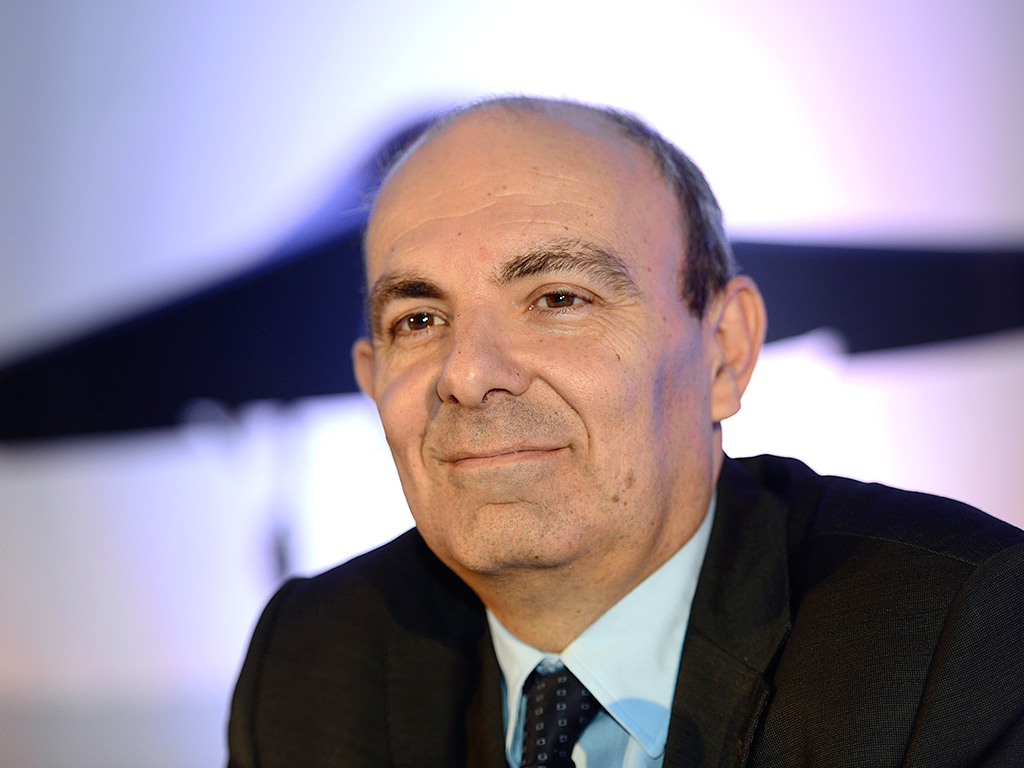 Having been made CEO of Dassault Aviation in January, Éric Trappier is being asked to demonstrate a great deal of dependable foresight and prove himself business-savvy in order to guide the aircraft manufacturer towards further growth.

Trappier, 52, is an engineering graduate of the National Institute of Telecommunications and a longstanding employee of Dassault Aviation. Having joined in 1984 – as a telecommunications engineer – he worked in both the technology and engineering departments of the weapons systems division, demonstrating a dependable and learned temperament in his work. In 1987, Trappier entered Dassault’s international arm: his initial role being in international technical direction. The shift to international relations would characterise the following 25 years of his work with the company and greatly influence the reasoning behind his appointment as CEO.

By focusing primarily on the export of aircraft to Middle Eastern militaries, Trappier has – since being made International Managing Director in 2006 – advanced the cause of Dassault in his ardent pursuit of foreign investment. In his time with the company, he has demonstrated a highly conservative yet forward-thinking mentality in his continued efforts to achieve steady expansion.

Having demonstrated keen sales acumen in his negotiations with both India and the United Arab Emirates – resulting in famously lucrative deals for Dassault – Trappier now looks set on returning to India and securing the largest military aircraft deal in the history of the company. In his eventual establishment of a new deal with India, Trappier, as CEO, looks to lessen Dassault’s reliance on domestic markets. Though Dassault remains a company with deep family ties and an esteemed local heritage, Trappier considers these values largely redundant in today’s disparate global economy.

Ejection seat
Trappier was announced as the successor to Charles Edelsteene as CEO last December, after those on the board deemed Edelsteene too old to continue in the role. The means by which the loyal Edelsteene was ejected have caused many to be overly skeptical of Trappier’s appointment. Some consider him an inadequate successor due to his experience being confined to international affairs.

Edelstenne stepped down from his 12-year post as CEO after reaching 75 in January. Though he’ll remain a director and a member of the audit committee, the retainment of Edelestenne will be considered symbolic by many – similar to the role of founder Marcel Dassault, who remained a part of the company until his death at 94.

In addition to his succession as CEO, Trappier will replace Phillippe Hustache as director upon the expiration of Hustache’s term with shareholder approval of the 2014 financial report. The change in management comes at a difficult time; Dassault is continuing to pursue a number of crucial foreign ventures – most notable of which is the restoration of its prospects in the UAE. The UAE’s relationship with Dassault broke down over a year ago after many in the country criticised the uncompromising terms of an ongoing deal.

Sheikh Mohammad bin Zayed told UAE’s state news service in November 2011: “Dassault seem unaware that all the diplomatic and political will in the world cannot overcome uncompetitive and unworkable commercial terms.” The breakdown left Dassault uncertain of a healthy relationship with the UAE, though many consider Trappier the ideal candidate to mend ties given his past experience dealing with the region through 2000-09.

Although there are undeniably challenging times ahead for Trappier, the business veteran will no doubt be pleased with Dassault’s consistency in maintaining profit. The company has, year upon year, boasted a healthy balance sheet – last year’s sales amounting to €3.5bn – surprising when compared to loss-making peers European Aeronautic Defence and Space Company (EADS) and BAE; all of which have struggled through the economic uncertainties of contemporary Europe. The financial status of Dassault will favour Trappier because he has little-to-no experience of dealing with financial matters – something many consider to stand him in ill stead for the role.

The deal in Delhi
Richard Aboulafia of Virginia-based forecasters Teal Group maintains: “Trappier’s number one objective will be to get the India deal signed… Nailing it down has been difficult, which is predictable, with India, but still it has to be done. It’s the biggest single export fighter purchaser ever.”

India reportedly plans to sign a $10.4bn Medium Multi-Role Combat Aircraft deal with Rafale, entailing the purchase of 127 aircraft. Along with François Hollande, Trappier recently visited India for negotiations, the results of which he appears to be satisfied with. Both Hollande and Trappier are reported to have held talks with the Indian Ministry of Defence, Hindustan Aeronautical, Bharat Electronics and Reliance Industries among others in order to secure the plan. Indian officials have since said they expect the deal to be signed within the next few months, and that the French intervention in Mali has adequately demonstrated the potential of the Rafale fighter jets in question.

Trappier’s negotiations with India are perhaps representative of the new CEO’s intentions for the aircraft manufacturer. Though steady in his steps towards expansion, Trappier’s temperament is one that looks to suit dealings with profitable foreign nations – particularly those in the Middle East. His patient and methodical approach is representative of his beginnings in engineering. His, arguably more important, international experience will allow Dassault to lessen its dependence on domestic investment (France is currently the sole user of the Rafale fighter jet).

Trappier and Dassault’s maiden export deal for the Rafale will reveal Trappier’s presently obscured intentions for the company. Though the aircraft manufacturer is tightly controlled – predominantly by the Dassault family (50 percent) and EADS (46 percent) – Trappier’s proven abilities in encouraging foreign investment will allow far more leeway in his continued development of Dassault in the near future.