Unwaveringly confident of long-term gains and unflinching in his risk taking, Jean-François van Boxmeer has advanced Heineken International beyond all expectation 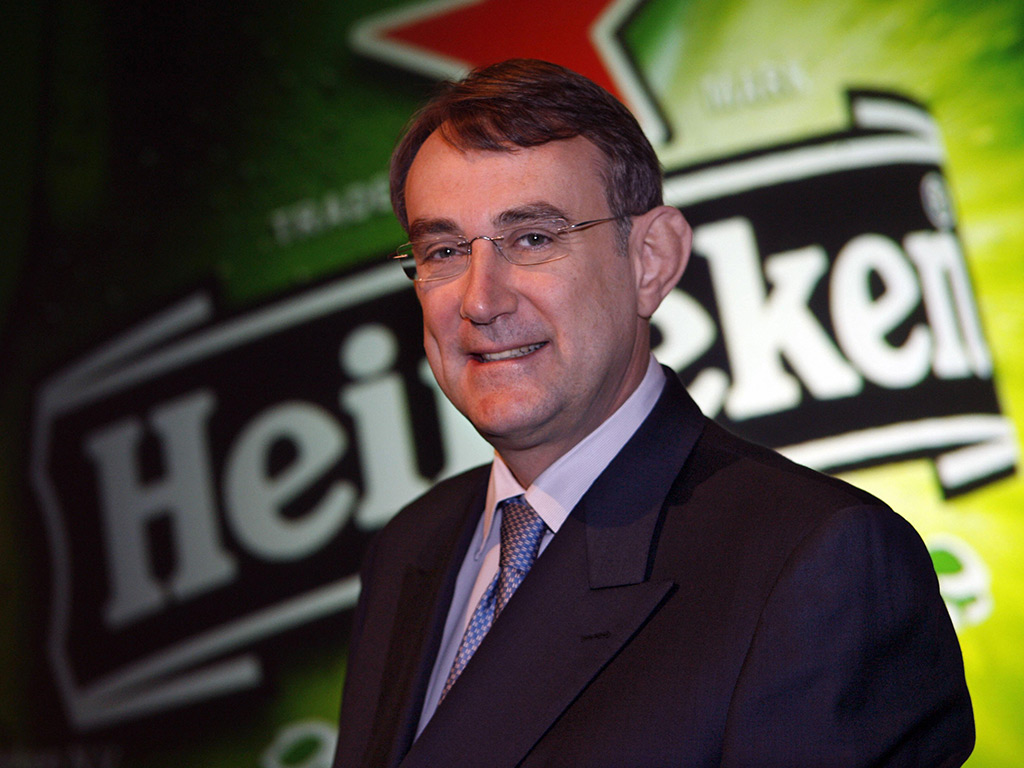 Ranked as the third-largest brewer and seller of beer worldwide, the continued success of Heineken, Amstel, Tiger and countless other brands is due in large part to company veteran Jean-François van Boxmeer. Having held the CEO post for eight years – and having worked for Heineken International for almost 30 – van Boxmeer has led the 140-year-old family business through a continued period of prosperity. He has brought a specific focus on emerging markets and a notably aggressive acquisition strategy.

An aggressive crusade
Though working for a family-owned company, van Boxmeer employs an unsentimental method of conducting business. In the eight years since becoming CEO, he has unapologetically sliced jobs and blasted rival breweries from the market: asserting Heineken as a merciless vehicle of unerring dominance and expansion.

The 51-year-old, Belgian-born businessman joined Heineken International in 1984, shortly after earning a Masters Degree in Economics at Facultè Universitaires Notre Dame de la Paix. Working as a trainee in the Netherlands until 1987, van Boxmeer demonstrated dynamic and adaptable business acumen through his work in Rwanda, the Democratic Republic of Congo, Poland and Italy, before being made General Manager of Heineken Italia from 2000 to 2001.

In 2005, he was appointed Chairman of the Board and CEO, intending to both streamline and expand the company. He has since embarked on a crusade by unsentimentally reducing Heineken’s 36-member executive committee to 13, as well as focusing on developing markets and spurring acquisition-based growth – often asserting his dominance over competitors.

Profits have improved year-on-year, principally through initiatives designed and implemented by van Boxmeer. One campaign of particular note was 2006’s ‘Fit 2 Fight’ programme, which resulted in a staggering 10 percent annual growth rate with improved sales in vibrant Eastern European markets and typically stale US ones. Annual growth has lessened of late, in large part due to exuberant acquisitions. Last year, revenue grew 3.6 percent, harbouring €17.1bn in revenues.

In the year van Boxmeer became CEO, Heineken Premium Light was introduced to the US. The brand captured 0.4 percent of the market, snatching precious pieces of the pie from popular labels such as Bud Light and Michelob Ultra. The success of the brand cemented his reputation as a worthy leader and promised great things for the future.

Embracing emerging markets
Van Boxmeer’s time working in Rwanda and the Democratic Republic of Congo allowed him to experience life in developing markets, and afforded him a global perspective on the brewing industry. He said: “In our business, what counts first is demographic growth.”

Though he achieved instantaneous results upon becoming CEO, the learned economist maintains that “we have to take the long view in this industry” and that acquisitions are the answer to sustained growth.

Van Boxmeer affirms Heineken’s “respect for people, environment and culture of performance” in its longstanding commitment to extending its reach across the globe. “At Heineken we have one global brand, which we sell in 179 countries… and in addition, we have 235 local brands, relevant to the market in which we operate.”

With developed markets offering little opportunity for growth, van Boxmeer has outlined his plans for better penetrating emerging markets: “Over the [last] decade, we have seen the growth of an emerging urban middle class and these people are at the heart of beer consumption. Therefore, the investments we make in the African continent are absolutely key to our global growth.”

In its continued adaptation to the demands of developed markets, Heineken has had to make greater investments in new media. Van Boxmeer persists that “the marketing war is all about being part of the conversation”. Recent investments have seen Heineken receiving product placements in the last two James Bond films, as well as sponsoring the European Champions League and the Heineken Cup.

“We have shifted more towards global advertising,” says van Boxmeer in reference to the importance of mobile phones and of the internet in reaching consumers. Growth in Europe and the US is “all about innovation” and requires a greater understanding of new digital platforms in order to grab a greater share of the market. “Our investments in new media are key to our strategy, as well as innovations with new products, new packaging, everything. These things can be part of the conversation, and can make your brand exciting for consumers.”

Risks and rivals
Van Boxmeer often demonstrates destructive means of eliminating competitors, which is integral – so he believes – in ensuring Heineken’s continued growth. In April 2008, he obtained British brewing company Scottish and Newcastle for €6bn, subsequently marring the company with mountains of debt, but ensuring a greater share of the market.

Heineken’s most recent purchase was the $4.25bn bid it made last August for Asia Pacific Breweries. The size of the bid was largely meant to eject rival brewers Fraser and Neave’s by omitting their stake. Analysts have since stated that Heineken’s offer – valuing APB at a price-to-earnings ratio of 35.1 – is more than 20.3 times what it paid for Carlsberg Brewery Malaysia, and 16.6 times what it paid for Japan’s Sapporo Holdings.

Upon the deal’s completion, Heineken’s debt ratio will rise to 3.3 – well above the brewer’s target of 2.5. Van Boxmeer therefore aims for the 2.5 ratio to be reached within two years of the deal’s completion. This huge acquisition will mean an inability to acquire further assets in the immediate future and a necessary return to generating profits for payback.

Regardless, van Boxmeer’s composure under the circumstances promises a swift return to profit for a brewery whose focus lies more on consolidation at present. Quoting an African proverb, van Boxmeer says “a fish rots from the head,” and that under his continued leadership, Heineken will expand its share of the market, and improve profits above and beyond expectations for years to come.