How do you describe the CEO of Telecom Italia? Versatile and tenacious; talented, and a little unlucky, but an absolute master of the kind of corporate politics that keep executives at the top of their game 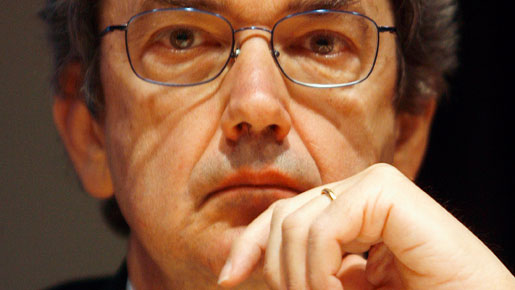 He must have experienced a moment of quiet satisfaction when he was asked to retake the helm at Telecom Italia in 2007. His earlier stint in the CEO position had been cut short by a hostile takeover bid from industry midget Olivetti in 1999. The debt used to execute that deal grew over the years, and by the time Bernabè was invited back, Telecom Italia was €37bn in the red.

Born in 1948 in Vipiteno, Italy, the son of a railway worker, Franco Bernabè studied economics at the University of Turin and worked as a post-graduate fellow in economics at the Einaudi Foundation. His early career included working as a Senior Economist at the OECD Department of Economics and Statistics in Paris, and a job as Chief Economist in the planning department of Fiat.

Last man standing
In 1983 he joined ENI, Italy’s multi-national oil and gas company, as assistant to the Chairman. ENI was a majority state-owned company that had broadened its scope to include a wide range of unrelated businesses and took its unspoken duty to provide jobs seriously. Based on his studies of the 350 operating units, Bernabè began to suggest that the organisation should be run on more commercial lines, an opinion that got him demoted and nearly throw out.

He must have made his mark, though, because in 1992 the Italian Prime Minister, Giuliano Amato, reached down through the organisation to appoint Bernabè the new CEO of ENI. He knew he had his work cut out for him and set out on his program of cutting costs, refocusing the business and extricating it from political control.

Several months after his appointment, a bombshell hit: most of the senior management team was arrested and jailed on corruption charges, and one even levelled an accusation at Bernabè himself, which was quickly disproved. Looking back at that period, he commented: “The government was collapsing, all the top executives of the company were arrested, and I was the only one around. I didn’t even have a board of directors. It was like an atomic bomb exploding on your head.”

But Bernabè survived, and managed, through smart negotiating with unions and a single-minded pursuit of his program of reforms, to sell off 200 businesses, cut a total of 42,000 jobs and prepare the business for its initial public offering in 1995.

Onwards and upwards
It was in November 1998 that he was first head-hunted to the CEO position at Telecom Italia. Almost immediately, the ambitions of lagging computer firm, Olivetti, less than a fifth the size of Telecom Italia, became apparent. Bernabè tried to fight it off with discussions of a merger with Deutsche Telekom, but Olivetti won the backing of shareholders and the government of the day. Bernabè resigned.

Perhaps seeking respite from the relentless pressures of corporate politics and rescues, he then set up his own FB Group, an investment company specialising in financial advisory services, information technologies and renewable energy. Within three years he had built it into one of the most dynamic new firms in the Italian M&A market. In 2004 the financial advisory arm of the business was sold to Rothschild, and Bernabè was appointed Vice Chairman of Rothschild Europe.

With almost unbelievable stores of energy and the ability to retain the respect of the very government he wants to remain independent of, Bernabè has taken on a string of influential appointments. In 1999 he was appointed a special representative of the Italian government for the reconstruction of Kosovo, he is Chairman of the foremost Italian museum of modern art (MART), and he has served at various times on the Advisory Board of the Council on Foreign Relations, the Board of the Peres Center for Peace and the Advisory Board of the Observatoire Mediterraneen de l’Energie.

Second time lucky
The return in 2007 to run Telecom Italia threw Bernabè back into the world of failing state businesses. The focus for his initial three year mandate was to reduce the colossal debt burden, which he did by nearly €6bn euros. He also successfully settled a dispute hanging over the company’s operations in Argentina, enabling the business to generate growth in that market while its domestic sales slumped by 17 percent.

Despite the drop in domestic sales and a loss of market value of €19.7bn, shareholders have recently announced the renewal of Bernabè’s contract for a further three years as CEO, and his appointment as Chairman. His proven ability to turn around ailing companies, negotiate constructively with a wide range of constituents and lay out coherent strategies for growth clearly inspire confidence. As news of the renewal of his appointment broke, shares in Telecom Italia went up by 15 percent.

His mandate for the next three years will be a turnaround in the domestic market, and he is clearly up for the challenge. Writing about the psychology of consumers in the new economic and technological world, he advises companies to be more customer oriented. “Companies will need to embed the option to withdraw from a purchase if something goes wrong,” he advises. “The more flexible a purchase appears to be, the more customers will be ready to buy the product or service. Firms will have to pursue a more responsible ‘ethics of prices’. [and]… the products and services that enhance employability and improve professional skills will entice consumers”.