We trace the rise of Sam Cinkir – head of Este Medical Group and winner of 2021’s ‘CEO of the Year in the Cosmetics Healthcare Industry’ – to find out how he has led the group to become the UK’s leading skin and hair specialist in the space of six years. 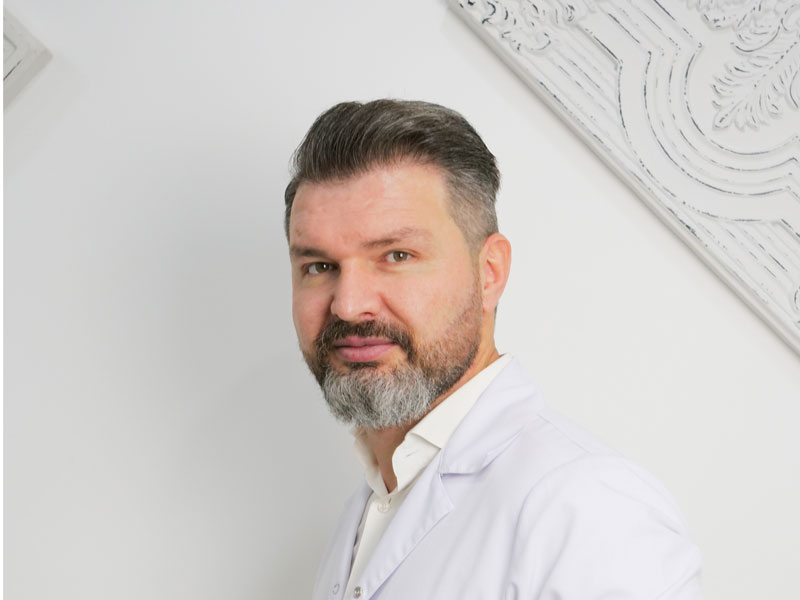 “From birth, I think we always want to better ourselves. This is in our blood, in our genes,” says Sam Cinkir, CEO of Este Medical Group, which provides medical cosmetics to clients across the world.

Since founding the group in 2015, Cinkir has made it his mission to make hair, face and skin treatments “previously only available to the top one percent” more affordable and open to “everyone”.

His strategy has paid off; Este Medical Group is now the UK’s leading skin and hair specialist, with a market value of £40m. The group serves more than 2,000 patients a day across clinics in Birmingham, London, Leeds, Nottingham, Manchester, Glasgow and Sutton Coldfield, with plans to open another 30 branches in the coming years – including a hospital for surgical needs to extend its reach further (currently UK branches handle non-surgical procedures, while plastic surgery, hair transplants and other surgical treatments take place in Turkey).

These plans are part of an ambitious goal to become the UK’s biggest cosmetics company in the next five years, adding to an international presence in Istanbul, Dhaka, Milan and Bucharest and driven by a strategy that puts people at its heart.

Humble beginnings
Cinkir says he knew from a young age he wanted to work in the health and beauty industry. He grew up in a small village in Turkey before moving to the UK at the age of 18, later joining an existing medical cosmetics company, where he spent 12 years learning the ins and outs of hair loss treatments. He climbed the ladder from trainee consultant to general manager, gaining leadership skills that would prove invaluable to his role at Este Medical Group later on.

It was here that he invented his own hair loss treatment and presented it to his director. The director turned it down – so Cinkir decided to go it alone, launching the UK’s first Este Medical Group clinic in Birmingham in 2015.

“I thought to myself, I can do this myself,” he says. “It was of course a gamble – nobody knew me at the time, but I took the risk and I started my clinic upstairs with one room. At the start it was just me and one other person working for me.”

Cinkir spent his life savings – £33,000 – to make his vision a reality, and the risk paid off. The company quickly grew, expanding north and south across the UK with a bold vision designed to offer innovative treatments for every budget without sacrificing on quality, testing procedures and safety. Affordable treatments
The group now offers non-surgical treatments for hair, face and body as well as plastic surgery procedures, with solutions tailored to each client and budget.

“For the technology we’re using, it’s the most affordable clinic in Britain without a doubt,” says Cinkir. He says the company has capitalised on the fact technology has become much cheaper, quicker and safer over the past decade, with hair loss treatments now available “for as little as £2-3,000, compared to £25-30,000 10 years ago.”

“Surgery is also cheaper than it was 10 years ago, and non-surgical procedures are a lot more popular now because technology has been improving a lot, with big companies investing billions,” he says.

People-centric approach
But it’s not just the affordability factor that has helped the company to stand out. Cinkir puts the group’s success in part down to its customer-centric approach – which starts with investing in staff to help them deliver the best service possible.

Today the group has nearly 500 employees, each picked through a rigorous process designed to ensure every member of the team is positive and approachable, building trust among clients.

“I employ some of the nicest, most experienced staff, but I don’t only look at their experience,” says Cinkir. “I also look at their personality. I could take somebody who has no experience and train them to make them top therapists, as long as they have a good heart. What you can’t change is someone’s personality.”

Cinkir has made staff wellbeing and career development a priority, encouraging employees to contribute new, innovative ideas to ensure every member of the team feels motivated. He believes this has helped the company gain its reputation for excellent customer service and high-quality treatments – as recognised in its ISO accreditation and its average rating of five stars on Trustpilot reviews.

“I suffered from acne when I was young, and I remember walking into a clinic and a girl opened the door for me,” he says. “She made me so comfortable and I felt so small; I’ve never forgotten it. So when clients come to my clinic, regardless of their problem, of their colour or of their religion, we treat them with the highest respect.” The future
That people-centric approach has seen Este Medical Group overcome multiple challenges – not least those posed by the pandemic, when the health and beauty industry was hit hard.

When the first lockdown arrived, the company was in the midst of opening three new clinics, including investing £5m into a new branch at Earls Court.

But rather than bury their heads in the sand, Cinkir and the team used the extra time to ensure every detail was right for when restrictions eventually eased and the clinics could open. The Leeds clinic was refurbished and other works were carried out to optimise existing services. The new Earls Court premises has since become one of the biggest in Europe.

These latest openings are just the start of Cinkir’s plans for the future, though. “I am not a person to have many goals,” he says. “My goal was to have one clinic originally and make it a success, but today I have many more, so I don’t want to be greedy and say I want to open Este all around the world. I believe that what is written for me is written for me.”

But with an ambition to become the UK’ biggest cosmetics company in the next five years, Cinkir doesn’t seem to be done yet. A mentorship scheme to support young entrepreneurs entering the cosmetics field is one of several projects on the horizon. These moves mark Este Medical Group out as a trailblazer in the business sphere at large as well as a spearhead in the health and beauty industry – and a promising example of the power one innovative vision can have.