Driven by social media and changing attitudes towards masculinity, the male make-up market is booming. Keen to take advantage of the reported psychological benefits of wearing cosmetics, executives are starting to get in on the act 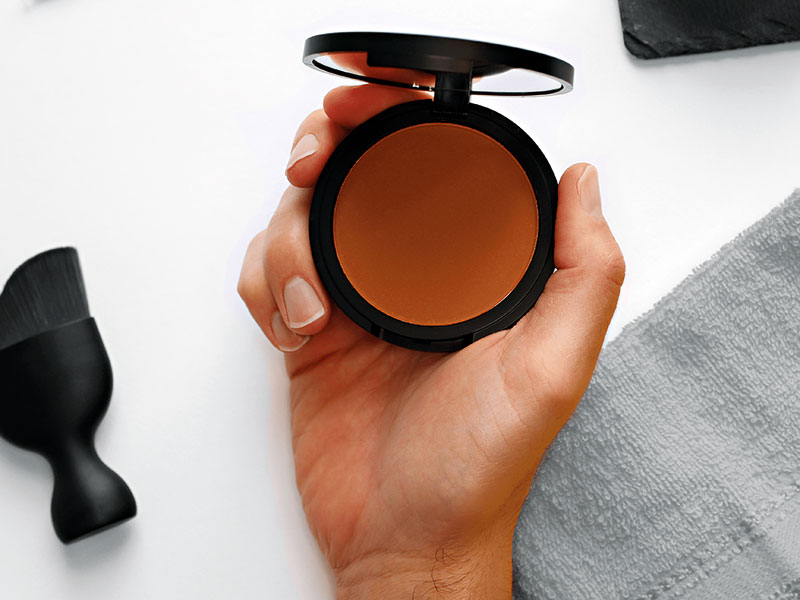 Alongside some of the cosmetic industry’s biggest names, a number of smaller firms are carving out a niche for themselves in the male grooming market. Image © War Paint
Lifestyle

“Beauty is not a matter of gender, it is a matter of style.” That’s according to Chanel’s new make-up line, Boy de Chanel. Launched in South Korea last year before being rolled out around the world, the range is part of a wider movement in the cosmetics sector: make-up for men.

While it has long been considered acceptable for women to don lipstick, foundation and a whole range of other cosmetic products, a stigma has persisted around male grooming – to some, a man who cares about his appearance is somehow less of a man. This stigma, however, appears to be gradually eroding: the likes of Tom Ford, Estée Lauder and L’Oréal have all joined Chanel in launching their own male make-up products.

Although the market for men’s cosmetic products has expanded rapidly in recent years, these brands are still taking a sizeable risk. While make-up for men has achieved a significant degree of popularity in many Asian countries, the phenomenon remains limited – albeit fast-growing – in the West. Social media, and indeed social change, may be making it more acceptable for men to buy and wear cosmetics, but winning over the mainstream may prove more challenging.

Style over substance
Even as the female cosmetics market continues to dominate the beauty industry, products aimed at men are becoming more popular. In fact, according to Euromonitor International, the male beauty segment has been outpacing its female counterpart in terms of annual growth since 2010. Allied Market Research, meanwhile, predicts the personal care market for men will reach $166bn (€145.6bn) by 2022, representing a compound annual growth rate of 5.4 percent. Clearly, businesses would be wrong to ignore any sector boasting such impressive figures.

In a business world where fine margins can be the difference between success and failure, the confidence boost derived from blemish-free skin could be significant

Alongside some of the cosmetic industry’s biggest names, a number of smaller firms are carving out a niche for themselves in the male grooming market. War Paint, a UK-based make-up firm, has achieved success by launching make-up lines that are exclusively aimed at men.

“There is a lot of talk that make-up should be for everyone, and by creating War Paint, a male-focused brand, we can help do just that,” War Paint CEO and founder Daniel Gray told European CEO. “I don’t think many men would feel comfortable going into a shop and buying a female product – one that is designed and advertised for a woman. Hopefully that’s where we fit in. The issue with some of the industry leaders is that often they are taking a female brand and just aiming it at men. We’ve had a lot of success because we are an out-and-out male brand.”

There are also practical reasons why men might want to purchase from a brand that has a decidedly male focus. As a result of their higher levels of testosterone, men’s skin is both thicker and oilier than women’s. Facial hair, whether a man is generally clean-shaven or not, can also affect which skincare products will be most effective.

But the growth of male grooming products, while undoubtedly impressive, should be placed within the context of the wider industry. It is easy to get caught up in the hype when male make-up artists have millions of social media followers and household fashion brands are starting to launch their own ranges for men. In spite of this recent popularity surge, male cosmetics still represent less than one percent of the global beauty market.

Confidence breeds success
It is important to remember that wearing make-up is not purely about improving one’s appearance: it is also about feeling more confident. A study by Procter & Gamble found individuals wearing make-up were perceived as more competent than those who went without. Research from Harvard Medical School also found evidence of the ‘lipstick effect’, whereby the wearing of make-up can give individuals a confidence boost. While both these studies focused on women, there is plenty of anecdotal evidence to suggest similar phenomena in men.

“I was bullied at school due to my appearance… That led to insecurities about my looks, and now I have a form of body dysmorphia as a result,” Gray told European CEO. “As I got to my teenage years, I started using make-up to cover some blemishes – that grew to me using all different forms of make-up. Now I use it pretty much on a daily basis – really just to give me a bit of extra confidence. The way that men suffer from confidence issues doesn’t get enough exposure and if make-up can help with that, then it could potentially improve a lot of people’s lives.”

A wide variety of men have already started to feel the benefits of make-up use. One of the target demographics for new brands is image-conscious executives, who may well be drawn to the career benefits that can be derived from feeling good about the way they look. A psychological study carried out by Ohio State University in 2014 found a clear connection between an individual’s career path and their levels of self-confidence. If make-up can help with the latter, then it could fast become a boardroom staple.

“We are definitely seeing a trend of high-power businesspeople purchasing our products,” Gray said. “Quite a lot of the time when you are in those sort of positions, you have to present yourself in a certain way and I think make-up can help with that. Personally, I’ve had to carry out a number of business presentations all over the world and, without make-up, my performance would have been completely different. It’s definitely helped with my career.”

The connection between confidence and corporate success has long been known. As the male make-up market grows, the likelihood of high-flying executives using cosmetics is likely to increase alongside it. In a business world where fine margins can be the difference between success and failure, the confidence boost derived from blemish-free skin could be significant.

A different complexion
In order for business professionals – or any other men, for that matter – to benefit from the self-esteem boost that can come from wearing make-up, they’ll first have to overcome any remaining stigma surrounding its use. While progress is undoubtedly being made, there remains some way to go. Men’s Make-Up UK, for example, claims that between 20 and 30 percent of its customers want their names removed from parcels and to have their products put in plain packaging.

If male make-up can help with self-confidence, then it could fast become a boardroom staple

Other markets, particularly those in Asia, are showing the West how to break down the gender barriers associated with the cosmetic industry. In South Korea, for example, the average per-person expenditure on male skincare is more than 10 times that recorded in the US or France, according to Euromonitor. Brands also have one eye on China, where the beauty market is expected to more than double by 2030.

Part of the unease that many men – in the West, at least – feel towards make-up likely stems from inexperience. A large proportion simply do not know how to apply it correctly, whether they want subtlety or a full-on look. “At War Paint, we want to be the place where everyone can come and find out about men’s make-up,” Gray said. “We have a number of tutorials on the website to advise on the best way to use all [of] our products. Social media has also provided men with a lot of support. I think the more content that gets put out there, the more accepted male make-up becomes.”

Men’s make-up isn’t really new: Jean Paul Gaultier launched a range of mascaras and eyeliners for men in 2003. Looking back further, make-up has played an important role in male grooming throughout various periods of history. It has, however, long been out of fashion in mainstream circles in the western world. That may finally be changing: both inside the boardroom and out, men are starting to feel more comfortable wearing make-up, whether in a bid to boost their self-confidence or to simply express themselves.