Building and managing a brand is exceptionally hard work and when the pandemic hit, Frontify founder Roger Dudler found his company was well-placed as it provided customers with a collaborative digital space for their brands, as well as tools for brand asset management and a comprehensive framework for brand-building 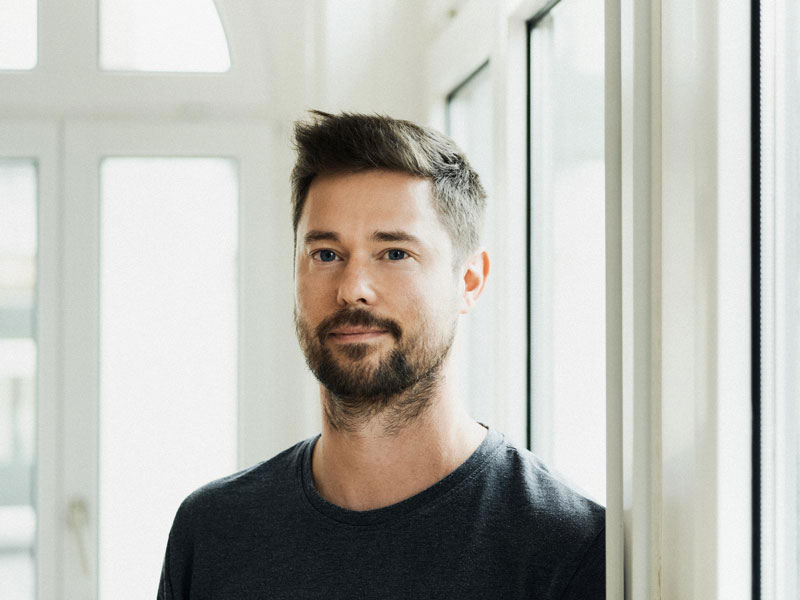 Building a brand is hard work. Maintaining a brand is even harder. Imagine driving past a billboard with McDonald’s Purple Arches. Or, Max Verstappen telling broadcasters how much he loves Mountain Dew. It could happen with a poorly managed brand. That’s what Roger Dudler, founder and CEO of Frontify, helps prevent with a platform he and his team created for companies that helps manage their brands.

“Inconsistent logos, for one, impact customer trust and damage public reputation. But it’s not just about logos. It’s also about how companies speak, write and relay the story of their brand inside and outside their company walls. And, it has become much harder to maintain consistency for global companies if they don’t have a system that makes it easy to find, adapt and communicate their brand assets,” says Dudler.

What Dudler didn’t know in 2013 when he started, however, was how prescient his software would be. With an increasing number of people working from home fueled by a faster and more robust internet to power a world of online sites, mobile apps, social media and new devices, the challenge of managing a brand’s assets and all the information that governs them has grown exponentially.

“Only 10 years ago, Lufthansa was having to create brand assets and maintain them within an organisation spread across several countries with inflexible front ends that made it nearly impossible to be consistent,” says Dudler. “Imagine needing to share film footage for commercials. The amount of time our clients lost on exchanging assets in the past is remarkable.”

What Frontify has done is evolve to give companies such as Lufthansa a united front when it comes to things like logos, fonts and colours, as well as important and often changing guidelines about where and how the brand is used.

These guidelines and shared assets help prevent the damage to a brand that in the worst case could ruin their relationship with customers. A single source for all stages of brand building, Frontify also offers collaborative spaces for working on a variety of projects, templates for non-designers to easily be creative and a way to access it all through a desktop app.

Then came a global pandemic
COVID-19 accelerated the need for companies to function remotely in all areas of the business. “It was sink or swim for many and we could check all the digital-first boxes for them. We were already future proofing existing customers who’d built up their brand homes and we were able to provide a suddenly, business-critical solution for those needing to quickly adapt,” says Dudler.

I get fired up about Frontify building an ecosystem that puts the brand at the centre, where the platform is the connective tissue

With work scenarios in flux, being able to count on information and assets was critical to getting work done. Nearly half of Frontify’s enterprise customer portfolio consists of new contracts that were initiated during the pandemic, with overall platform user figures topping 2.5 million. One particular enterprise customer has seen total registered users skyrocket, up over 200 percent during the pandemic.

In the beginning
After studying software development and serving as an apprentice in his native Switzerland followed by several projects with companies there, Roger’s entrepreneurial development took a more serious turn when he started Frontify. Before Frontify says Dudler: “I was a coder doing obvious things like websites and I was in a very comfortable position getting good projects and coaching others.”

But Dudler didn’t feeI he was using his potential full so he started looking for something bigger and more challenging to channel his creative energy into. He began fiddling around with a new tool he eventually named, Clarify.

A pivotal moment came after he was asked to speak at a Frontend Conference and chose to talk about Clarify. In the room next door was someone more famous. In Dudler’s room there were “maybe 30 people.” But then the other guy had cancelled and suddenly his full capacity room moved to Dudler’s. At the end of the presentation a guy in the audience shouted: “Shut up and take my money!”

That was the starting point for Dudler to jump off and do his own thing. Eventually, he asked the CEO of the agency he was working for if he thought his idea had potential and he referred him to Doodle co-founder, Myke Naef who was also an angel investor. Myke and other seed investors including former Google software engineer and Frontify co-founder, Thomas Düebendorfer, and Cédric Waldburger of Tenderloin Ventures gave him the money to get started.

Myke who went on to mentor Dudler says of him at the time: “What convinced me immediately to invest and get involved was that Roger was a full-stack product builder. He covered all relevant bases. He had a clear vision and was able to build a product by himself. And, he did it at blazing speed with impeccable quality. It is rare to find all these competencies required combined in one person.”

The future of brand management
For Dudler, the gratification of helping people with their daily work continues to inspire him: “I get fired up about Frontify building an ecosystem that puts the brand at the centre, where the platform is the connective tissue.”

Further, Dudler feels processes should feel like second nature and provide the kind of experience that he believes satisfy the human need for reduced complexity at work. “I think personalisation and tailored experiences will be sought after and even expected by brands. Our new API enabling more customisation is a big step toward this realisation.”

Dudler also sees brand management breaking down the concept of where brand ownership lies and who brand builders are, empowering individuals at every level to play a part in the overall brand management process.

“This gives people the feeling they are really contributing from the ground floor and a part of something that matters,” says Dudler. “Ultimately, deeper analytics that reflect the way users are working with the brand will allow for better decision making and governance for ultimate engagement and expression.”