A true pleasure to work for, Sergio Marchionne is the type of boss most companies want at the helm 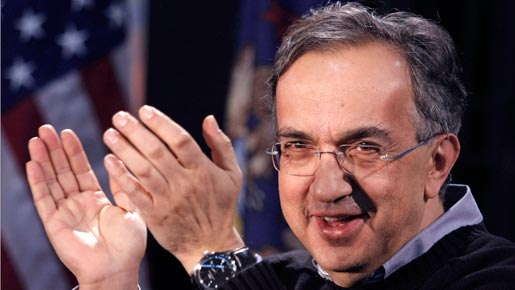 A workaholic known to carry a Blackberry for each of his companies, Sergio Marchionne is credited with turning around Fiat’s fortunes to become one of the fastest growing companies in the automobile industry.

His legal and accounting background has stood him in good stead as he worked his way through the corporate jungle – starting out as an accountant for Deloitte & Touche in 1983. He navigated his way through various managerial roles until he became CFO for the Lawson Group in 1992. Lawson was acquired by Alusuisse Lonza in 1994. Marchionne then based himself in Zurich, eventually becoming its CEO in 1997.

Never content with managing only one aspect of a firm, Marchionne then took control of the Lonza Group in Basel as its CEO and MD from 2000-2001. He became chairman in 2002. In that same year, he became CEO and MD for Societe Generale Surveillance in Geneva. He was appointed its chair in 2006.

During that period this supercar fanatic joined Fiat’s Board of Directors in May 2003. When Chrysler came out of Chapter 11 bankruptcy, Fiat Group was given a 20 percent stake in Chrysler Group. Marchionne then replaced Robert Nardelli as Chrysler’s CEO and has since been serving as CEO for both Fiat and Chrysler.

A committed chain-smoker, this Canadian/Italian serves on the board for Philip Morris International.

Like Jesus to Lazarus, Marchionne has a reputation for being able to raise companies from the dead. His work at Fiat has been nothing short of miracle-making – after 17 consecutive quarter losses totalling €8bn, Fiat finally started turning a profit in 2005.

“We spit blood to clean up and restart Fiat. When I took over, there was a smell of death here,” Marchionne has said of the experience.

Marchionne refused to get bogged down in the engineering technicalities of running a car manufacturer. He took a more philosophical approach and modelled sales of the Fiat 500 on the iPod – when it broke into the UK’s top 10 selling vehicles in 2009, it became the car people didn’t think twice about buying. It became the iPod on wheels – practical, stylish and affordable.

Since taking on Chrysler, the smallest of the Detroit motor industry’s “Big Three”, Marchionne has taken the Fiat model and has copy-pasted it onto the working model for the ailing automotive giant. At Chrysler, Marchionne must restructure the organisation, overhaul production, sex-up the lineup, get a workforce motivated and respond to shareholders. And in Chrysler’s case, the US government is one of the shareholders.
His management style is to manage his companies. Not to control them.

“My job as CEO is not to make decisions about the business but to stretch objectives and help our managers work out how to reach them,” he once said. So he’s not one of those bosses who will breathe down your neck about the finer details of an engine. If you work for him, he trusts you know what you are doing. He gives you an objective and leaves you to achieve it.

He dresses with the same open-necked shirt and jumper combination sported by Bill Gates. Marchionne looks like a university professor, not a Chief Executive Officer. Just as he thinks deeply about all of his ventures – he also acts ruthlessly. Before you start thinking of him as a more benevolent breed of CEO, one of the first things he did at Fiat was to close factories, lay off workers and sack most of the management. His job is to take companies out of death spirals – and nothing gets in the way of that.

In turn, once he’s kicked out the cobwebs, Marchionne then gives free rein to innovative fresh talent and steeps his brands in their unique tradition. He knows that in the current climate, only a few automotive companies can survive. It’s risky taking these companies on as big projects. Lives, money and governments are all tied into the mesh of his rescue plans – and there is every possibility he may fail. But father of two Sergio Marchionne is a notorious risk taker. He famously crashed his Ferrari 599 GTB Fiorano on a Swiss highway in 2007… and walked away unharmed.

In addition to his many accolades and qualifications, Marchionne holds the Italian order of merit, the Cavaliere del Lavoro, the equivalent of a knighthood.