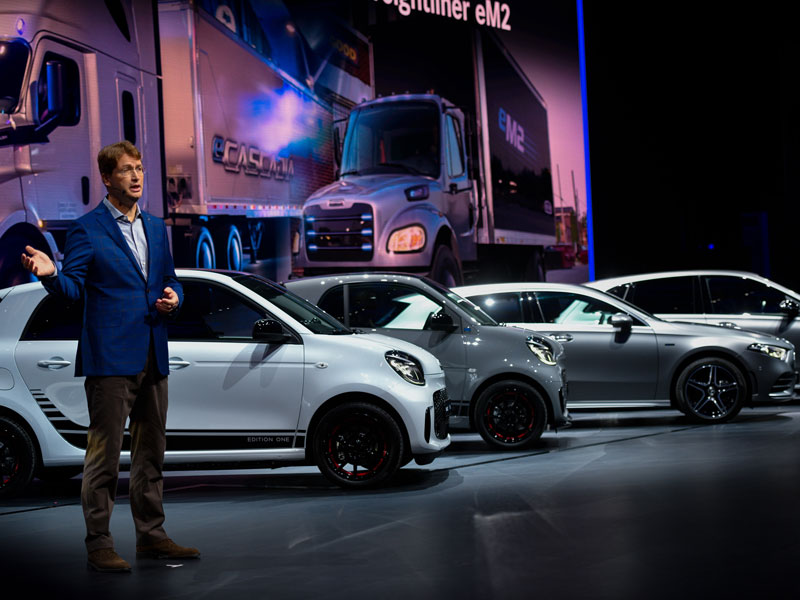 Sales growth in China has boosted Mercedes-Benz sales to record numbers in the third quarter of 2019, despite a global slowdown in the car market. The German car manufacturer reported it had sold 181,233 cars in China in the past three months.

However, the company’s success in China was not seen in its other markets. Although sales in Europe crept up last month for the first time this year, US demand remained stagnant, dropping by 0.5 percent over the course of the year. Moreover, sales of the car manufacturer’s super-compact Smart range declined by almost nine percent this year.

Chinese demand has mitigated some of the damage, but the present situation remains a far cry from the €2bn profit the carmaker recorded last year

It is understood that the Stuttgart-based company’s decision to unveil its new Smart model at the International Motor Show Germany drew customers away from the current edition, driving sales of the collection down by over 32 percent. Altogether, Mercedes-Benz posted a €700m loss in the third quarter, which pushed parent company Daimler’s overall losses up to €1.6bn.

Chinese demand has mitigated some of the damage, but the present situation remains a far cry from the €2bn profit the carmaker recorded last year. According to the Financial Times, Arndt Ellinghorst, an analyst at Evercore ISI, explained that 30 percent of Daimler’s overall profits come from China, which is offering a “lifeline” to the company.

“Without the emergence of China, the German premium business model would be broken already,” Ellinghorst said.

So far, 2019 has been a bruising year for Daimler. The automotive group, which has been mired in a long-running diesel emissions scandal, was handed an €870m fine for “negligent violation of supervisory duties” last month. Prosecutors in Stuttgart asserted that Daimler had failed to meet regulatory requirements for some of its diesel vehicles since 2008.