Every day, industrial workers risk their lives inspecting hazardous spaces such as power plants and refineries. Flyability wants to revolutionise these indoor inspections by deploying its hi-tech drones instead 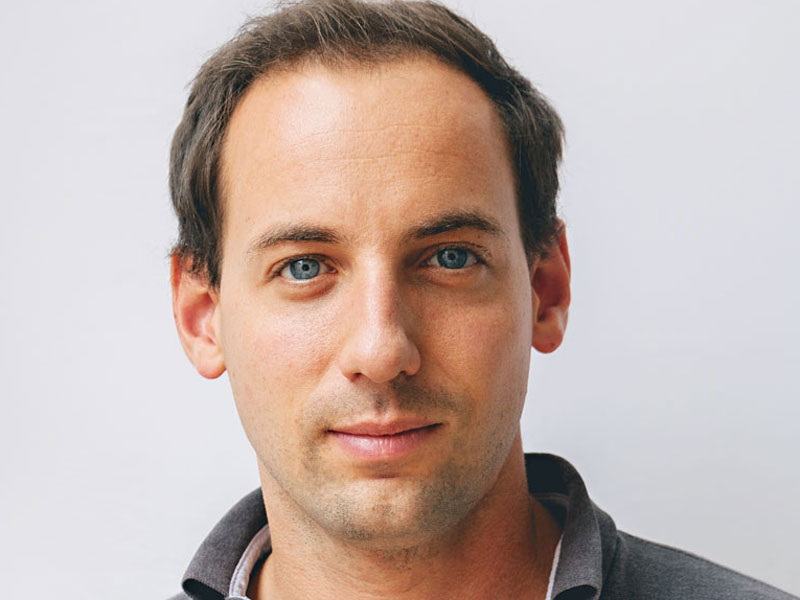 In 2011, the Tōhoku earthquake and tsunami in Japan triggered a catastrophic meltdown in one of the world’s largest nuclear facilities. The Fukushima Daiichi Nuclear Power Plant is still undergoing an intensive cleanup operation that Japan estimates will cost $75.7bn (€69.68bn) and take 40 years to complete. Due to deadly levels of radiation, the wreckage is off-limits to humans – in their place, Japan has sent in robots to limit nuclear contamination.

Fukushima should have been a defining moment for disaster robotics, but the challenge proved too great for many of the machines that were deployed. Over the coming years, at least seven of them would shut down while investigating reactors and attempting to remove the molten radioactive fuel inside.

The limited success of robots in Fukushima showed that disaster robotics still had a long way to go at the time. However, technology’s potential to reduce casualties in disaster zones should not be underestimated. Adrien Briod – then a student of robotics at the École Polytechnique Fédérale de Lausanne in Switzerland – recognised the important impact robotics could have in dangerous situations, leading him to base his PhD thesis on robots that could access places humans couldn’t. As part of this thesis, Briod built a prototype drone designed to inspect complex and confined spaces.

The project almost ended there, but after footage of the drone prototype started gaining traction online, Briod and his fellow student Patrick Thévos decided to turn the robot into a business and founded Flyability. Today, the company – of which Briod is chief technology officer and Thévos CEO – is the leading company in the indoor inspections market. “We realised that there was a huge unmet need to explore places that are incredibly dangerous and costly to inspect, particularly in industrial inspections,” Thévos told European CEO.

Risky business
Confined spaces are one of the most accident-prone areas of industrial sites. Every year in the US, approximately 92 workers die inspecting tanks, cellars and pits, according to the US Department of Labour – that’s almost two deaths every week of the year. Part of what makes these areas so hazardous is the risk of exposure to noxious gas and reduced oxygen levels; drones are immune to these dangers, removing the need for workers to put themselves in harm’s way. “Our mission is to send robots instead of humans into dangerous situations,” said Thévos. “That’s how we define what we’re trying to do – we’re stopping people putting their lives in danger in industrial sites.”

Flyability’s drones have been used in some of the most inaccessible parts of the world, from the highly radioactive buildings of Chernobyl to the crevices of huge glaciers. However, it’s the oil, gas and mining industries that are most in need of Flyability’s services, with companies » in these sectors regularly performing inspections of chimneys, tunnels, boilers and other confined spaces in order to meet the industry’s stringent standards.

These inspections are often complex operations: toxic gases may need to be ventilated, and scaffolding could need erecting. One worker is often stationed as a lookout throughout the inspection to ensure the entrance remains unblocked and no one becomes trapped. All of these factors mean multiple workers have to venture into these confined spaces. As Thévos points out, the implications for their safety are huge. “We once had to perform an inspection inside an industrial facility where scaffolding had actually collapsed and people had unfortunately died in this accident. So they needed to get a drone in to figure out what was going on in this area that was now completely inaccessible,” he told European CEO. “That was one of the times when it really dawned on us how much of a positive impact these drones have on health and safety.” The use of robots and drones in indoor inspections can stop workers from needlessly risking their lives, but there are other benefits to this technology. Because they can cross perilous gaps, duck into narrow channels and get close to hazardous areas, drones can obtain footage and other data that might previously have been off limits. In addition, while traditional inspections may require industrial equipment to be shut down, many drone-based inspections can be carried out without disrupting day-to-day operations. Lastly, drones can cover ground much faster than human workers while collating more data. Flyability offers not just a safer way of inspecting, but also a more cost-effective one.

Damage control
The main challenge Thévos’ co-founder Briod faced when designing the drone was ensuring it could manoeuvre in cramped spaces without sustaining damage. This is easier said than done, as Thévos explained: “You’re out of GPS coverage, which is difficult because then you can’t rely on GPS to automate your flights… You’re in a dark place, you have dust, you have obstacles. You are operating beyond line of sight very often, which is not something that drones do often outdoors, mostly for regulatory reasons.”

Briod looked to nature for solutions. Insects have developed an ability to recover quickly from crashes: when a fly becomes trapped indoors, it doesn’t die as soon as it hits a surface. Instead, it bounces from window to wall as it looks for a way out. Briod was able to mimic this capability in Flyability’s first drone, the Elios, which was launched as a commercial product in 2015. He did this by creating an external cage around the robot, attached using a multiaxis gimbal system. This allows the cage to turn independently of the drone inside, meaning it can roll along or bounce into walls without incurring damage. The Elios came first in the international competition at the 2015 UAE Drones For Good awards, beating more than 20 other teams for the $1m (€922,000) prize.

Since the release of the Elios, Flyability has developed more advanced technology to produce crash-resistant drones. Its most recent model – named the Elios 2 – uses sensors to detect the space around it and reversible motors to make rapid corrections to its path. “It’s now down to the software to keep it stable during collisions,” said Thévos. For visual inspections, it’s the clarity of the image and the data that matters, so the Elios 2 is fitted with a thermal camera, a 4K camera and the most powerful lighting system ever built on a commercial drone.

One of a kind
Considering the dangers posed by industrial inspections, employing robotic intervention seems obvious. But when Flyability first came onto the scene, it was the only company offering a drone service like this. “We needed to do a lot of education,” said Thévos, “and really build a market from the ground up. Our competition was scaffolding and rope access.”

Since it launched in 2014, the company has raised $18m (€16.59m) in funding. While it is a major advantage to be a pioneer in any field, this has also proven to be one of Flyability’s greatest challenges. Energy giants and mining companies aren’t known for rapidly pursuing innovation, so persuading them to adopt a highly sophisticated drone programme took time. “Some things they’ve been doing in the same way for 50 to 100 years,” said Thévos. “So it does require very good product management to find the tools that will appeal enough to them. We often say that we need to offer about 10 times the savings than the cost of our solution in order to overcome the barrier to adoption.”

There’s also an art to releasing the right product at the right time. For companies that are only just coming round to the idea of deploying robots, a highly advanced drone could be too far out of their comfort zone. “As we release new products… it is a huge challenge to not go too fast, not go too ambitious,” said Thévos. “Because if you enter the market too early with a product that is too advanced – and that requires the adoption of the market to have grown faster – you’ll be unable to sell your products. If you come with a highly complex, fully automated solution that automatically analyses all the data, it’s going to be an amazing technical feat, but it might be a little early for large groups to actually adopt it. So we need to be in constant communication with customers to launch the next product that is just at the right stage – always pushing the technology but not going too far.”

Aiming high
That said, Thévos believes these industries are reaching a point where understanding and trust in drone technology is strong enough that the market will soon see major expansion. The global market for consumer drones was worth $6.5bn (€5.99bn) in 2019 and looks set for continued growth. Meanwhile, the market for indoor inspection robots has the potential to grow by $3.72bn (€3.43bn) between 2020 and 2024. “We believe that our current penetration is about one percent of our addressable market and [the] total [number of] people who actually need a drone that has features that our drones offer. So there’s a hundredfold potential increase in the coming 10 years,” Thévos told European CEO.

To maintain its leading position in the market, Thévos wants Flyability to offer as comprehensive a solution as possible. It can achieve this through close collaboration with its clients. At the start of the year, the company opened its first US office in Denver, Colorado, so it could be closer to firms in the US. Now, the company is focusing on blind spots in the supply chain where Flyability could expand its services.

“We will keep working together with customers to develop solutions that go further and further into the value chain, from the data acquisition to analysis of the data and storage of the data,” said Thévos. “We’re really seeing this as the key for a much wider-scale adoption down the line when the indoor robotic market will be a several-billion-dollar market instead of the market worth tens of millions that it is today.”

Drones have long been recognised for their potential to aid in emergency response and disaster relief. Today, this is becoming a reality. Since the Fukushima nuclear accident in 2011, disaster robotics have advanced by leaps and bounds. Thévos believes we are fast approaching the widespread use of this technology. “You need to give time for those huge industries to adapt, but they really are progressing on this path now,” said Thévos. “We have over 450 customers around the world. Huge groups are now using our drones as the gold standard for at least some of their types of inspections. So the robotic revolution, which has been predicted for the last 100 years, really is almost here. We’re really seeing things move forward.”