Employee monitoring is at an all-time high. But as more businesses adopt surveillance technology, questions around privacy rights are coming to the fore 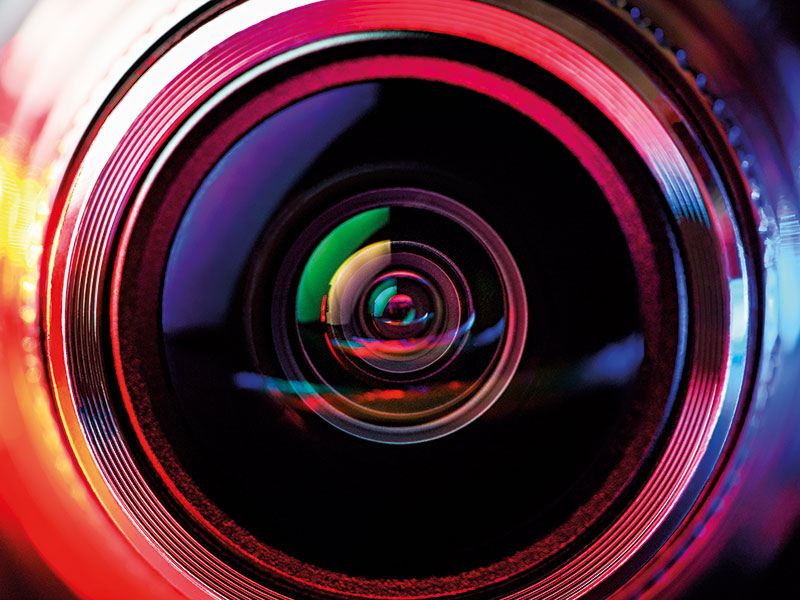 Since the COVID-19 pandemic began, companies promising to keep tabs on homebound workers have seen sales go through the roof
Featured

We are currently in the midst of the largest remote-working experiment of all time. When countries announced a state of lockdown in early 2020, many companies were forced to allow employees to work from home – whether they had previously permitted remote working or not. This came with a niggling sense of doubt: would employees work as effectively from the comfort of their homes as they had in the office?

There was one way to know for sure. To ascertain whether employees were working, companies could simply enlist the help of a service like Sneek, which takes a photograph of employees every one to five minutes via their webcam. It may sound too dystopian to be true, but employee surveillance tools like this are becoming increasingly common around the globe.

Since the COVID-19 pandemic began, companies promising to keep tabs on homebound workers have seen sales go through the roof. Sneek’s co-founder, Del Currie, told Business Insider that sales had increased tenfold in a matter of weeks, while Teramind, an employee-monitoring software company based in Miami, has seen a triple-digit percentage rise in new leads during the crisis.

But even before the spread of the novel coronavirus confined huge portions of the working population to their homes, employee surveillance was on the up. In 2019, a Gartner report revealed that more than half of the large organisations surveyed were using some form of “non-traditional” employee-tracking technique. In the US, the proliferation of employee-tracking technologies has exposed the disturbing lack of employee privacy laws.

Covert operations
Surveillance technology providers have tended to focus their attention on the financial services sector, where the monitoring of employees is legally required to prevent insider trading. However, they have since expanded their services to other sectors, mainly in the name of boosting productivity. Employees might expect to be protected from these monitoring technologies, but their rights are surprisingly unclear.

“American employees have almost no privacy rights,” Lewis Maltby, President of the National Workrights Institute, told European CEO. “The only significant statute is the Electronic Communications Privacy Act (ECPA). The core concept of ECPA is that employers cannot deliberately monitor personal communications. But ECPA was passed in 1986, when the only electronic communication was the telephone. Because of this, ECPA only covers oral communications – employees have absolutely no right to privacy in written communications, such as email, text messages or internet access. In the US, your employer can read a personal email to your spouse, doctor or banker just for the fun of it.”

It’s not just emails that employers could be monitoring. Keystroke logging can determine how regularly a person uses their computer keyboard, while sensors in seats can monitor the length of time employees spend at their desks throughout the day. Some large companies have even taken matters into their own hands: in 2018, Amazon patented designs for a wristband that could track where warehouse workers were placing their hands. The same year, Walmart was awarded a patent for listening devices that would help determine how efficiently employees were packing bags at the checkout. Employees could be forgiven for finding these measures a little disconcerting.

An invasion of privacy
It’s worth bearing in mind that employee-monitoring technology sits on a relatively broad spectrum, and some surveillance tools may not bother employees at all. For the past several years, UPS has used sensors to track vehicles’ usage so that it can optimise maintenance schedules. These sensors also detect when drivers are wearing their seat belts – it’s hard to imagine a valid reason why an employee would object to a technology that keeps them safe and their vehicle fully functioning.

Workers are more likely to label surveillance technology as being intrusive when its obvious goal is to track employee presence and performance. The knowledge that one is constantly being filmed could easily foster mistrust in the workplace, especially when it’s clear the employer doesn’t believe employees can work autonomously.

Over time, this resentment can cause problems for an organisation. “Employers pay a hidden price for not respecting privacy,” Maltby said. “The lack of privacy in American workplaces creates increased levels of stress, which contribute to higher medical expenses (which employers usually pay a part of). They also undermine Americans’ commitment to their employers. Numerous surveys have shown that American workers’ attitude towards their employer and their work are lower than in other industrialised countries, like [those found in] the EU. There are many reasons for this, but the lack of workplace rights and the abuses to which this leads is one of them.”

Perhaps the most obvious abuse of employee rights comes when monitoring techniques are introduced without consultation. Companies in the US aren’t generally required by law to disclose how they monitor employees using company-issued devices, but this can backfire if employees find out. Take Coca-Cola, for example: in the early 2000s, the company introduced GPS trackers into some of its trucks, ignoring the fact that employees were permitted to use the vehicles freely after hours. The truth eventually came out through an investigation, and an employee filed a claim for intrusion upon seclusion under state law. Although the claim was ultimately dismissed, it highlights how the covert monitoring of employees can open the door to legal or reputational damage.

Too close for comfort
This may lead many to conclude that, if a company is considering implementing some form of employee-monitoring technology, they should only do so after gaining the consent of their employees. But even this provides no guarantee that workers will be comfortable with the arrangement: when asked by their manager if they would agree to be filmed all day, some employees might feel obligated to say yes, or risk looking like they have something to hide.

There is also the question of whether surveillance would necessarily make employees work more effectively at home. When constantly under the watchful eye of their bosses, employees can find themselves taking less time to stand up and stretch or fetch a cup of tea than they would if they were in the office. Deprived of the right to take short breaks, employees could become less productive – not to mention resentful.

Kirstie Ball, a management professor at the University of St Andrews who studies surveillance in organisations, believes that monitoring technologies could put unnecessary strain on employees during the lockdown. She told European CEO: “Research on employee surveillance tells us that stress levels increase when surveillance makes the terms and conditions of the employment contract more difficult to fulfil.

“Lockdown is a stressful time. Home-working staff are juggling multiple unseen domestic pressures with their employment, so bosses who intensify surveillance are playing a dangerous game. In the short term, they risk damaging employees’ psychological and physical wellbeing, and invading their privacy. But in the long term, they risk losing the cooperation and trust that will hold their workplace together during post-lockdown recovery.”

By blurring the boundaries between home and work, the COVID-19 pandemic has cast the issue of employee privacy into the spotlight. Before adopting a potentially invasive strategy to keep track of workers, employers should ask themselves whether the consequences are worth it. Knowing exactly where employees are and what they are doing may bring some comfort, but it might not be worth the damage it inflicts.