Malta’s Individual Investment Programme does more than simply stimulate the local economy: it attracts talented entrepreneurs who contribute to the cultural betterment of the Mediterranean island 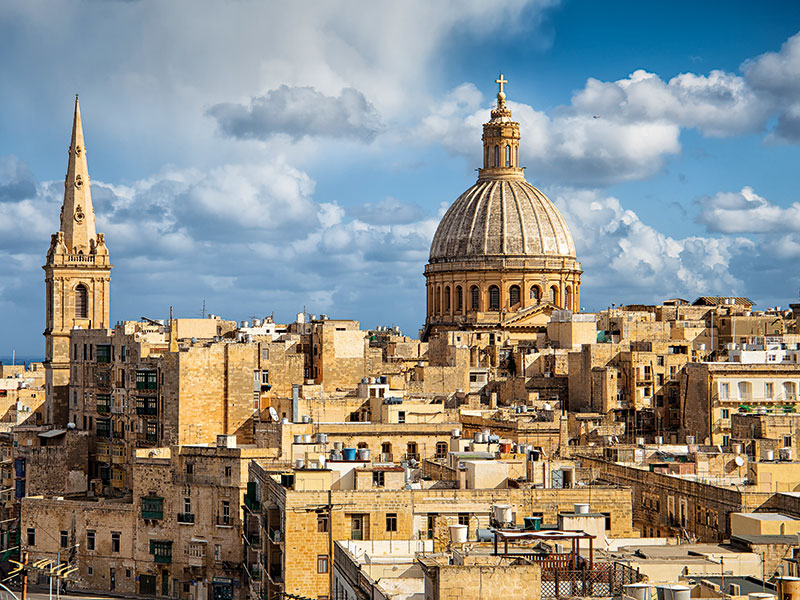 Success can be pursued in any number of ways, but there is one particular method that has proven effective time and time again. More often than not, successful individuals are bold and creative; they are willing to pursue risky opportunities that challenge the status quo. At the Malta Individual Investor Programme Agency (MIIPA), we believe success stems from a combination of proactiveness, timeliness and determination.

MIIPA offers high-net-worth individuals (HNWIs) the chance to become part of a welcoming cosmopolitan community through investment migration. Our citizenship by investment (CBI) programme provides individuals – as well as their immediate family members – with an opportunity to pursue a better life in a more stable environment. In return, Malta benefits from an influx of talented entrepreneurs and foreign direct investment.

Yet, despite this win-win situation, CBI programmes attract their fair share of criticism. When Malta launched the Individual Investor Programme (IIP) in 2014, many maligned it for leading to the ‘commoditisation of citizenship’. But for Malta, at least, the IIP has been much more than that.

Breaking new ground
At MIIPA, we took up the challenge laid down by the naysayers and turned the IIP into an attractive opportunity for both the individuals applying and Malta itself. In other words, we sought to design a programme that would open Malta to the world, expand its horizons and attract people who not only wished to invest, but also truly believed in the country’s potential.

If clients are looking for the best CBI programme, then they should look no further than the IIP – it’s the hallmark of excellence

When formulating the IIP, we were determined to leave a mark on the global community, and set about developing the best programme and due diligence process in the market. Today, our mission is to give talented individuals the chance to build better, safer lives for their families, as well as to position Malta as the number one destination for HNWIs seeking more freedom to conduct business.

But we’re keen to ensure the continued prosperity of the country, too. As such, we have worked tirelessly to introduce an attractive (but stringent) programme that safeguards the interests of Malta and the countries that grant access to Maltese citizens. MIIPA continues to strengthen these processes, advocating transparency and good governance. Put simply, maintaining the integrity of the IIP will always be our top priority.

It is this commitment that has got us to where we are today: Henley & Partners has classified the IIP as the world’s top-ranking CBI programme for each of the past four years, and rates the Maltese passport as the joint-seventh most powerful globally. Malta also ranked highly in Professional Wealth Management’s 2018 CBI Index for its due diligence and freedom of movement.

What’s more, the Ius Pecuniae Index recognises that Malta is a hard country to beat for investment migration, and suggests it will continue to be one of the hottest destinations for CBI in the coming years. As these indices show, key stakeholders clearly feel that the IIP is the gold standard for the CBI industry.

All of this was possible because we were driven by quality, not quantity. We wanted to attract the best talent: we were not interested in filling our coffers, but in bringing added value to our country.

Destination of choice
Applicants seeking a fast and easy route to acquiring a second citizenship would be wise to look elsewhere. The IIP is the most expensive and stringent of any in the industry, and also has the longest processing cycle. Further, we are one of just two countries that publish the names of successful applicants – and this isn’t going to change. This is what differentiates us from the rest; this is our competitive advantage.

In order to be eligible for Maltese citizenship via the IIP, applicants must make a contribution of €650,000 to the Maltese Government, as well as either lease a property in Malta for a minimum value of €16,000 per annum or purchase a property worth at least €350,000. In addition, they must acquire €150,000 worth of government bonds or securities listed on the Malta Stock Exchange.

It may not be the quickest or easiest route to citizenship, but if clients are looking for the best CBI programme, they should look no further than the IIP – it’s the hallmark of excellence. Successful applicants often commend the programme for its diligence, and they find comfort in the fact that, having qualified for the IIP, they are extremely likely to find success in their applications for alternative citizenships in other jurisdictions around the world.

Many new Maltese citizens specifically state that they chose Malta because they truly believe the country can offer them a better future. They consider the country a top relocation destination for its employment, business and lifestyle opportunities, with residents having benefitted from tax cuts for the past five years.

Malta also receives rave reviews from major credit rating agencies for its economic performance. In fact, the country is among the strongest and most stable economies in the EU, and is expected to record the fastest economic growth in the continent this year, according to the European Commission. Unemployment levels, meanwhile, are at an all-time low.

Building a new home
Although the IIP has brought benefits to Malta, it’s fair to say the economy would be thriving regardless of the programme. Malta provides free healthcare, free childcare (one of the few countries in the world to do so) and free education to all its citizens. We even go the extra mile by paying our university students a stipend.

In recent years, local industry has been transformed: Malta was the first country in the world to regulate blockchain technology; we have attracted big-name players in the digital gaming industry; and tourism is booming, complemented by an ever-growing aviation sector. The list is endless, and we will sustain these efforts by continuing to attract investment to our island.

The IIP has played a crucial role in the country’s recent successes. It has opened doors for talented individuals through a direct contribution and genuine link to Malta. But its benefits have gone beyond monetary value: over the past four years, we have heard endless stories of new Maltese citizens investing their time and resources in order to contribute to the wellbeing of our country. They genuinely want to create a legacy within their new home nation.

This success also brings a lot of attention and responsibility. We are being very careful about how we position ourselves, yet we are resolute about moving to the next level. We are determined to keep the IIP top of mind for HNWIs, to take Malta to new heights, and to sustain our momentum and stellar reputation within the CBI industry.