Defying the trend witnessed by the rest of Europe, Vienna’s property market has been enjoying remarkable growth for many years. This upward trajectory looks set to continue in the near future as investors flock to the city 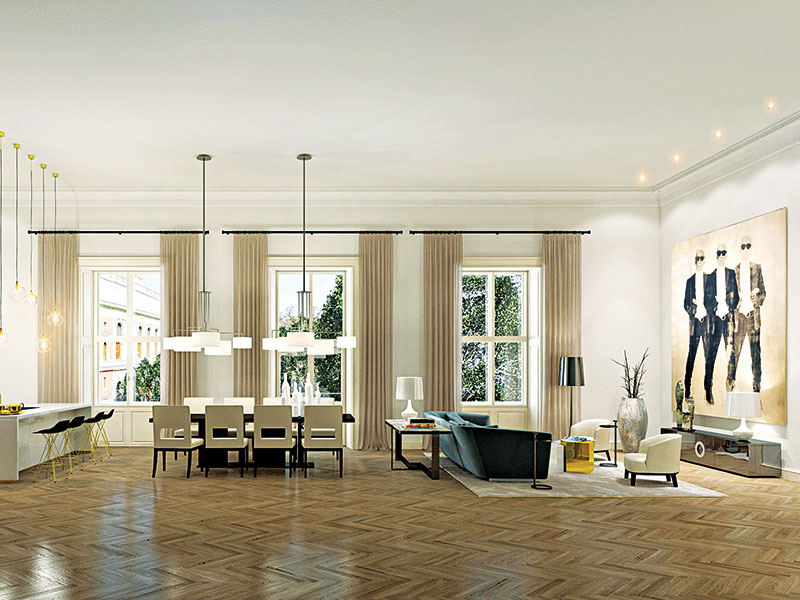 Vienna’s property market has a characteristic that is rarely found in other markets: it is on the up, and has been for decades
World View

As one of top development companies in the Viennese market, the team at Börseplatz 1 – along with its development company, Telegrafencentrale Bauträger, and partner, True Value Development – has decades of combined experience in investing, developing and building. This experience not only refers to complexity, but also to the total volume of projects managed, owned and completed, which far exceeds €500m in total value.

Given the cyclical characteristics of real estate markets both in Europe and around the world, timing is generally recognised as being the central factor in property development. Other similarly fundamental factors include the availability of products, equity and senior debt, as well as the end buyers themselves.

The upward curve
Vienna’s property market has a characteristic that is rarely found in other markets: it is on the up, and has been for decades. Before joining the EU, Austria was mainly a closed property market, dominated by Austrian investors. But with EU membership came a broad group of developers from the UK, the Netherlands, Switzerland and Germany that successfully invested in the market.

Be it in the boom or in the bust stage of the global capitalist cycle, Austria’s real estate market has never edged to one limit or the other, but instead has grown steadily

Be it in the boom or in the bust stage of the global capitalist cycle, Austria’s real estate market has never edged to one limit or the other, but instead has grown steadily. This can be attributed to the conservative approach of mortgage lenders, who only offer loans to qualified buyers, and to their conservative approach when valuing assets, which became even more pronounced after the financial crisis of 2008.

The market is still growing today, with limited prime residential space available for the top buyers. Given the number of international organisations located in Vienna, its strong growth forecasts, and the fact that the capital was voted the most liveable city on Earth in the Economist Intelligence Unit’s 2018 survey, there is little chance of the kind of turmoil that we see in other markets occurring in the city.

Of course, the local buying power from the high end is very limited. As such, the ratio of buyers is typically 50 percent Austrian and 50 percent international, with buyers from Russia, Switzerland and Germany being the most common, in addition to those from other EU nations. That being said, Vienna’s property market has not yet overtaken Paris or London, but is about equal to Munich.

An enticing investment
In our experience, the quality of historical buildings in Vienna is outstanding, both in terms of their fundamentals and their architectural significance. Building restrictions, timing for applications and historical monument protection, however, all add to building costs: it is therefore important to have a strong management team in place to control budgets, otherwise cost overruns will significantly damage the developer’s profit margin.

As with other major real estate markets across Europe, the spread between rental prices and purchase cost is huge, so the lower end of the market features a mixture of buying and renting, while buyers dominate high-end luxury properties.

As the Viennese market is dominated by private trusts and insurance companies, availability of investment properties in the city centre is extremely limited, meaning the yields for high street assets in the best inner city locations are around two percent per year. If the target region moves towards the outer boroughs of Vienna then the yields increase, due to the availability of more properties to invest in.

Of course, it all depends on the asset class, be it office, retail, hotel or residential. The highest yields are currently achievable with retail properties in the outskirts of the city at around 5.5 percent to 6.25 percent net per year. According to our expertise, the future outlook remains very positive for the coming two to three years.