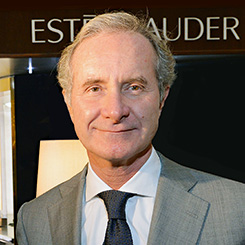 When Italian-born businessman Fabrizio Freda became chief executive of the Estée Lauder luxury empire in 2009, he had a lot of work to do. The company had too many brands, too many people and too little cohesion.

Fortunately, he had a plan to get the company moving forwards again. Then 51 years old, Freda already had a background in managing brands at a high level from his stints at Gucci and (on two separate occasions) retail giant Proctor and Gamble, where he ended up managing global snacks. He told the family owners of Estée Lauder that the business urgently needed a rapid dose of efficiency, consumer focus and growth.

His appointment marked a painful wrench from the past. Until then, the beauty company had been run by family members. The 48-year-old William P Lauder was moved upstairs to a new role as executive chairman, effectively handing the reigns to the outsider Freda, who promptly went to work, ignoring critics who said a man who made his name managing snacks could not possibly run a luxury brand.

Armed with his oft-repeated dictum “don’t get lost in the weeds”, Freda launched a four-year restructuring plan that would lift the company out of its slump. He slashed up to $550m a year in costs, helped by a six percent reduction in the work force. He also reorganised the company’s sprawling portfolio of brands into more logical pipelines that were dictated by particular business activity and by the demands of various consumer segments.

He also set about turning Estée Lauder into a truly global group along the same lines as rival LVMH. “A truly global company is one that can take the best ideas, the best creativity, the best profits, and then bring them to the rest of the globe wherever those best ideas are”, he said at the time. “The real long-term goal is to become so global that the opportunity to grow will be enormous.” Thereupon he attacked emerging markets, in particular China, Russia and the Middle East, but also up and coming economies such as India and Brazil.

Freda himself is naturally cosmopolitan. Fluent in Italian, French and English, he has lived in Germany, Switzerland, Belgium and America, as well as in three cities in his native Italy. And although he can charm shareholders and VIP customers alike, he prides himself on his ability to be quiet. “I really listen a lot, more than what people believe. When I am silent, I’m listening. I’m not distracted; never.”

That capacity for concentration has paid off. When he took command five years ago, net income at Estée Lauder was a lowly $478m on revenues of $7.88bn. By 2014, the company had achieved a dramatic turnaround, with net income of $1.2bn on revenues of $10.97bn. It doesn’t require a corporate analyst to establish that net income jumped by two and a half times, while revenues grew by just 40 percent over the same short period.

This is a tribute to Freda’s proven ability to wring out profits by trimming costs in a ruthlessly competitive industry. And the rewards have come not just for the company, but the man himself – Freda has been handsomely rewarded for his success. His 2013 compensation, which included a basic salary of $1.75m and restricted stock awards of $21m, totalled $31.6m. The numbers suggest that Freda is worth it.