The private and business aviation sector can be unpredictable, though companies are rising to streamline the industry’s complex processes and significantly improve the customer experience 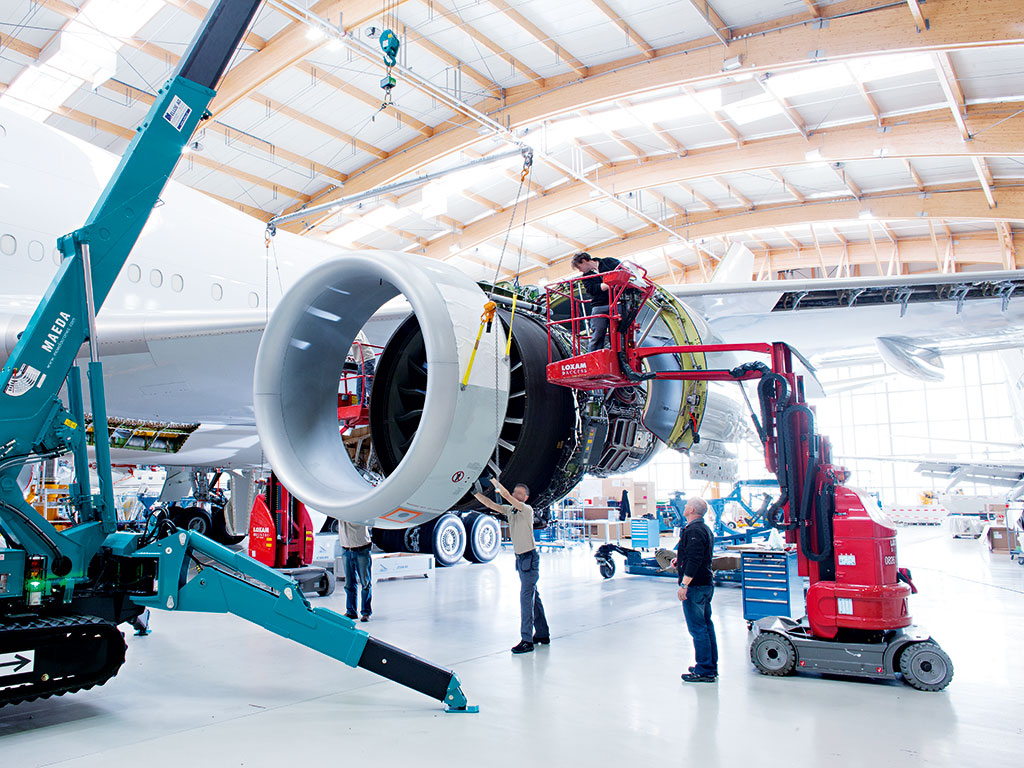 The business aviation market has changed quite dramatically over the last ten years, especially pre-2008
Management

The aviation industry has gone through a series of quite spectacular changes in recent years, as the rise of budget carriers and the financial crisis have forced major names to rethink their strategies. Driven by this rapid and unrelenting transformation, key players have had to keep a close eye on the latest industry developments just to survive, let alone succeed.

European CEO spoke to Kadri Muhiddin, Chairman and CEO of AMAC Aerospace, about the impact of these industry changes, and the company’s plans for the future.

We know we are not cheap, we know that we are in a country that uses the Swiss Franc, but this does not deter us from being who we are, where we are, and what we want ourselves to be

How has the European business aviation market changed recently?
The business aviation market has taken quite a few turns in the last 10 years. Most notable were the pre-2008 changes, when cabins and modifications were upgraded to keep up with interior design trends and a move from home to aviation entertainment. Those were the golden years of the 2000s, where capitalism reigned and slot availabilities were still abundant.

AMAC Aerospace receives requests for all mid-size (notably Gulfstream and Bombardier) narrow and wide-body jets. Currently, we are undertaking two refurbishments: one complete nose-to-tail completion on our first Asian client’s Airbus Corporate Jet, and another (now in the final stages) to return to service our first wide-body B747-8I for a head-of-state.

AMAC Aerospace is one of only a handful of companies in the world specialising in the aviation services we offer. OEMs, primarily Boeing and Airbus, are reportedly selling more jets year-on-year, which means more private and business aircraft in the skies. This generates more requests for projects in our hangars.

How does AMAC Aerospace approach the challenges the industry offers?
Dependability, trust and on-time delivery are the keywords we focus on, through discussion, product presentations and networking. Every job has a challenge – if it didn’t, work wouldn’t be interesting or inviting.

In our segment of the industry, aviation is big, but the communities of people who reside within it are small. For example, if AMAC is working on a modification, then we rely on our technicians who have to install and test the equipment to give the rest of the group some feedback on how it functions. Imagine if some hardware failed on every test; word would get out that the manufacturer of this hardware produced something that doesn’t really work, which could send ripples across our segment. Functionality is fundamental in keeping a cabin in working order and, thereby, keeping the client happy.

Work of this magnitude has to be measured and trust is what comes out at the end. Trust in knowing that a system works, trust that the engineers and mechanics can install the system, and that the aircraft has no major faults.

How significant is AMAC’s work for the industry’s continued development?
At AMAC we don’t feel the need to claim to be the best in the business. However, we do certainly hope that we keep our competition on their toes. The work that we accomplish in our hangars is akin to a kaleidoscope of science meeting art. We do not build submarines and we do not build space vehicles. What we do is outfit aircraft with the highest-grade materials on the planet. We incorporate technology that simply isn’t available to the normal consumer on the ground and we set careful targets, based on what our engineers can make versus what is realistic.

Every project we finish joins an elite group of aircraft that the wider world will never truly be able to appreciate, as they are one-offs. If AMAC can do this, then the small percentage of people who can afford such things get to appreciate what we do. We are not a segment of the aviation industry that has competition in double or triple figures; AMAC is one of only a handful. What we strive to make possible should be an extension of what our industry is capable of.

Maintenance is another key area of importance. Maintenance on narrow and wide-body aircraft for private or business aviation is a tricky balance. People with their aircraft outfitted somewhere away from the maintenance station might not have the white-glove experience they require for dismantling cabins, for example. What AMAC is trying to do is foster understanding using turnkey solutions to ensure that our existing clients can have a one-stop shop for their aircraft. If a potential client has their B747 outfitted in Switzerland, the question remains – where do they take it for servicing? These points alone should ensure that there is a continued development in what we stand for, what we represent in terms of service and the future of our industry.

Can you tell us about the construction of AMAC’s fourth hangar?
AMAC has a realistic split of around 60:40 between completions and maintenance, respectively. We want to offer our current clients and potential clients a one-stop shop for all their aircraft needs. Two weeks ago, for example, we had no fewer than 30 aircraft with us at our facility. Whether parked on AMAC’s apron or in the hangars, there is a demand for our people, services and technical knowhow. The fourth hangar will bring our working business model closer to a 50:50 split.

What is meant by the phrase ‘Swiss excellence in business aviation’?
We want the world to see and understand that if they bring their aircraft to Switzerland, then they are bringing their asset to a place where expertise exists. One can go to South America, North America, Africa, the Middle East or even as far south as Australasia for completion works. Why travel all that way with no guarantees that the craftsmanship and hard labour will pay off?

We toil for many hours, but we never overburden ourselves with too many projects, especially too many complex ones. We know we are not cheap, we know that we are in a country that uses the Swiss Franc, but this does not deter us from being who we are, where we are, and what we want ourselves to be. This is the meaning of Swiss excellence in business aviation.

How did AMAC become the largest private facility for corporate aviation?
Back in 2007, clients were sending their aircraft to the far reaches of the globe. That’s when the idea of AMAC came to be. In short, the world was lacking another big player to help with the demands put on private and business aviation services. Clients were expected to send their aircraft halfway around the world to implement a maintenance input and wait nearly half a year before a slot would become available for completions. AMAC was founded on the grounds that private people would make up the ownership of this company, and that aspect alone would never change.

We believe that if the AMAC idea had come just half a year later, we would not be here answering these questions. Post-2008 was a difficult period to overcome for the banking world, whereas AMAC did not struggle to find clients. To date, we have experienced year-on-year increases in man-hours, increases in demand, and a bigger profile on the international stage.