A number of Europe’s low-cost airlines have been plagued by financial trouble in recent years as costs rise and competition bites. Courtney Goldsmith investigates what the future holds for the continent’s aviation industry 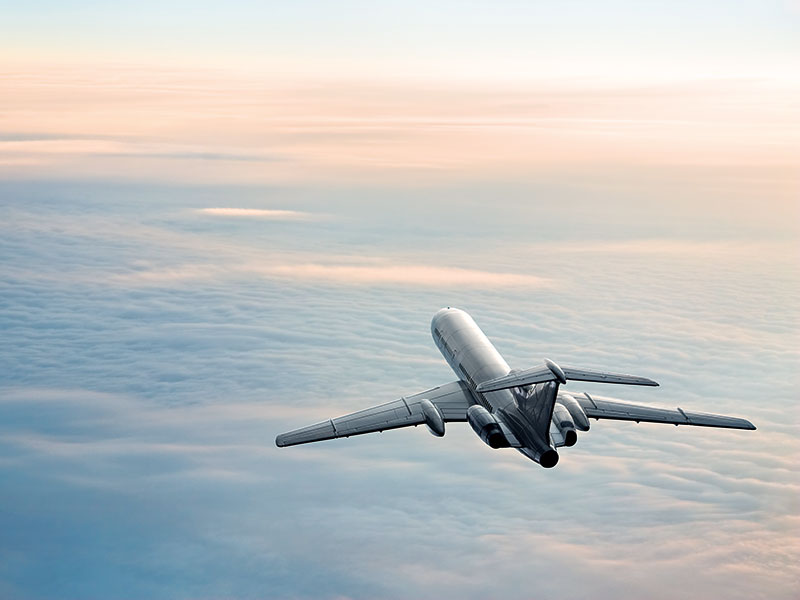 Although long-term innovation could breathe new life into the aviation sector, in the short term, overcapacity and rising costs threaten the viability of Europe’s low-cost airlines
Industry Outlook

Thousands of travellers were left stranded in March when Icelandic budget airline WOW Air collapsed. The airline, which was founded in 2011 and famous for its seemingly too-good-to-be-true prices for transatlantic flights, announced it was bankrupt after talks to secure new funding failed.

WOW Air’s sudden nosedive was not an anomaly in Europe. Across the continent, a handful of budget airlines have shuttered in recent years as competition grows fierce while margins remain razor-thin.

Since 2017, other European airline closures have included Germany’s Germania and Air Berlin, the UK’s Flybmi and Monarch, Denmark’s Primera Air and Lithuania’s Small Planet Airlines. At the beginning of the year, even Ryanair, Europe’s biggest budget airline, warned that its profits would be lower than expected due to falling fares, which CEO Michael O’Leary claimed were caused by “artificially low prices”.

With industry pressures in Europe failing to dissipate, it is unlikely that these companies will be the last victims of the turbulent market.

Fall from grace
The rise of Europe’s budget airlines came at a time when industry profits were booming. According to Chris Tarry, founder of aviation consultancy CTAIRA, the aviation industry hit peak profit between 2015 and 2016. In the years since, as capacity growth helped fuel an extremely competitive market, the sector’s earnings have been squeezed.

Due to margin pressures, political instability and the escalation of the trade war between the US and China, airlines’ normal levels of profitability are at risk

“Profit is very visible in the airline industry,” Tarry told European CEO. “It’s always a business about cash, and it’s a business where you’ve got a number of moving parts.” Because the aviation sector is a truly global industry, it is exposed to countless risks, from geopolitics and terrorism to disease. Industry-wide problems such as rising fuel prices and weakening world trade have “deteriorated” the current business environment for airlines, according to the International Air Transport Association (IATA).

In June, IATA downgraded the sector’s 2019 profit outlook from $35.5bn (€31.76bn) to $28bn (€25.05bn). Overall costs are expected to grow by 7.4 percent, outstripping a 6.5 percent rise in industry revenues, the group said. Fuel costs alone are expected to account for a quarter of operating costs in 2019 following a nearly 28 percent rise in the price of Brent crude oil – the global benchmark – since 2017. At the same time, the rise in passenger demand will be slower than in 2018 due to lacklustre growth in GDP and household incomes. Total passenger numbers in 2019 are predicted to climb to 4.6 billion, up from 4.4 billion in 2018, IATA said.

In Europe, airlines are expected to generate $8.1bn (€7.24bn) of net profit, down from $9.4bn (€8.41bn) in 2018. IATA said the region’s airlines are under pressure to fill seats to break even due to low yields caused by high competition in the open aviation area, significant regulatory costs and inefficient infrastructure. The group also noted that Europe is one of the most exposed regions to weak international trade.

Due to margin pressures, political instability and the escalation of the trade war between the US and China, airlines’ normal levels of profitability are at risk. “Airlines will still turn a profit this year, but there is no easy money to be made,” IATA CEO Alexandre de Juniac said. According to Tarry, this downward trend is set to continue: “We went through a turning point a few years ago, and it’s going to get tougher before it gets easier.”

Many become few
In spite of Europe’s unique pressures, it is still the second-strongest market in terms of revenue, behind only North America, according to IATA data. But the US and European markets could not be more different: according to a report by The Economist, the US is home to 59 airlines, with the top five carriers holding around 70 percent of the market. By comparison, the EU has 135 airlines, and its five biggest firms control approximately half of the market. In Europe, overcapacity has led to a price war around fares that has endangered aviation profits. The US, meanwhile, doesn’t have the same “destructive competition”, Tarry said.

Discussions regarding whether the European market should consolidate to ease competition and mirror the US’ strategy have been ongoing since Tarry joined the industry in the 1980s. He commented: “Are we going to see consolidation in Europe? It’s going to take a long time. [Europe is] a very much more fragmented market.”

Some industry observers see the recent closure of a handful of European budget airlines as part of the consolidation process. KPMG’s 2019 Tackling Headwinds report said the “muted impact” of the bankruptcies of Alitalia, Air Berlin and Monarch in 2017 demonstrated the “robustness” of the aviation sector. The report read: “Despite all three airlines failing within a short space of time, the aircraft were quickly taken up by other carriers, mostly in Europe, which is seen as a healthy development by lessors and airlines that view this as ‘back-door’ consolidation, which most respondents say is still needed in the European market.”

Climate control
Adding to the sector’s list of pressures is the growing debate around carbon emissions. The aviation industry accounts for about two percent of total global emissions, and by 2020 emissions are expected to be 70 percent higher than in 2005, according to the European Commission. By 2050, the International Civil
Aviation Organisation forecasts emissions could rise by a further 300 to 700 percent.

Airlines cannot escape blame for contributing to the current climate crisis: according to research published in the journal Science, each seat on a round-trip flight from London to San Francisco is responsible for emitting enough carbon dioxide to melt about five square metres of Arctic sea ice. Some countries are taking action – France, for example, has plans for an ‘eco-tax’ on all flights from French airports. The funds raised by the tax will go towards investing in more environmentally friendly transport. For the industry, pressures around climate change “could well be a constraint to growth in the future”, Tarry said. “It’s something that has to be addressed… [Something] that the industry is looking at,” he added.

Despite this, Lufthansa CEO Carsten Spohr told Swiss newspaper NZZ am Sonntag that climate concerns were yet to have any impact on demand for the firm’s flights. “The discussion of climate change is not leading to restraint with bookings – people want to fly,” Spohr said, adding that the airline’s passenger numbers are set to rise four percent this year. According to IATA, airlines have already reduced carbon emissions per passenger by 50 percent since 1990, and by 2020 the sector will pay to counteract all growth in emissions through a carbon-offset scheme.

Elsewhere, industry players are looking to address the emissions problem by creating electric passenger aircraft. Although projects are still in their early stages, the investment bank UBS forecasts that the market for electric and hybrid planes will be worth $178bn (€159bn) by 2028.

“Embracing [hybrid electric] aviation could benefit the sector’s appeal from an [environmental, social and corporate governance] perspective, prolong the long-term four to five percent [per year] growth in air travel and stimulate the regional market,” UBS said. Airbus and Boeing both have plans to create hybrid planes in the coming years.

Although long-term innovation could breathe new life into the aviation sector, in the short term, overcapacity and rising costs threaten the viability of Europe’s low-cost airlines. When the market finally pulls out of its current tailspin, it is likely that only the strongest airlines will remain airborne.