The high-end market is expanding globally, though standing out remains challenging. It takes genuine passion and the willingness to live and breathe customer service 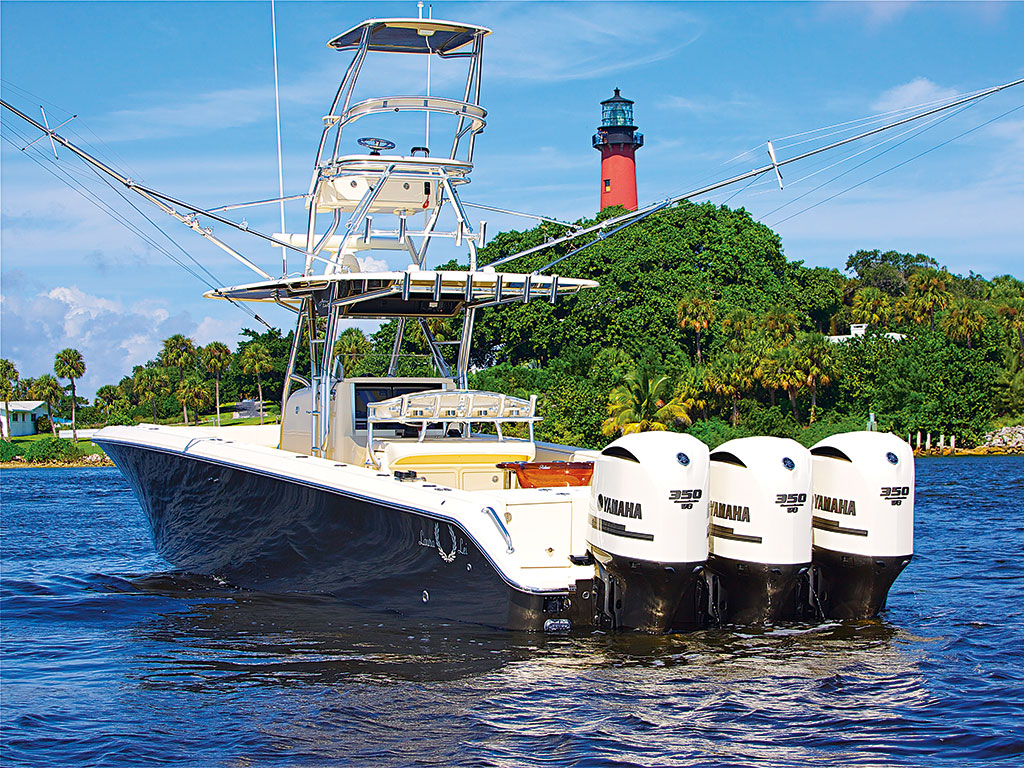 Sailing in style: the owners of Bahama Boat Works believe that if you're going to be on the water, you should choose the finest fishing boat to do so
Management

The way the three owners of Bahama Boat Works see it, if you’re going to be on the water, you should be in the finest fishing boat possible. Bob Sparks, Scott Henley and Rob Thomson have dedicated themselves to making their Bahama 34, Bahama 37 and Bahama 41 models the epitome of luxury fishing boats. All lifelong fishermen, holding the highest standards of craftsmanship, they had one thing in mind when creating and fine-tuning the vessels – quality.

The offshore centre console craft has been described as ‘the Bentley of fishing boats’, complete with a proven performance hull, and engines built for speed and a smooth ride. The Bahama 34, Bahama 37 and Bahama 41 are geared towards experienced fishermen, who aim for both style and power. As eye-catching as the boats are from a distance, examining them up-close allows for even more appreciation of the design, workmanship and purpose.

The boats are unique products for the discriminating boat guy, for the educated boat connoisseur, for the person who desires the absolute best

From its layout to its fit and finish, each Bahama craft includes a remarkable number of clever details, like all hatches and doors having full liners. As Bob Sparks built the boats, he installed fully lined consoles that contain a spacious head and a full 13 feet of below-deck storage. Bob carefully chose each hardware component for its individual beauty and durability. The Bahama Boat Works crafts are even coated with the highest level of UV resistance available, to protect their beauty. Every component is top-shelf, from the most mundane unseen fasteners to the electrical wiring harnesses.

Owners of these fishing boats include some of the world’s most respected names, including golfing legend Greg Norman, American football player Don Stallings, and royalty such as the Crown Prince of Dubai and the Sheikh of Qatar. Most owners are repeat buyers, owning more than one Bahama in their lifetimes.

Experience tells
The creation of Bahama Boat Works was the culmination of years and years of on-the-water experience and personal drive. Scott Henley’s own vast fishing experience made his input valuable in perfecting the layout and the usefulness of the products. “It was important to us to make the boats fisherman-friendly, user-friendly and logical to people who have boats”, Scott says. “The boats are unique products for the discriminating boat guy, for the educated boat connoisseur, for the person who desires the absolute best, not only in product but also in service.”

Scott remembers a phone call he received from a Bahama owner one July 4. The owner – who had previously purchased two other boats from Scott and Bob, and is looking to order his second Bahama – took his Bahama craft to the Bahamas for the holiday week. While there, he needed to change out a boat part. He called Scott, who then found the part in Florida and flew his own personal plane that same day to deliver it and stayed to service the boat.

“What really separates them from their competition is the hands-on approach from the owners”, says Steve Moynihan, owner of the well-regarded yacht brokerage firm HMY Yachts, now in its 35th year of business. “It’s the attention to detail and the no-compromise service after the sale that is so unique.”

Childhood friends from northern Palm Beach County, Bob, Scott and Rob grew into avid fishermen who then segued their love of the sport into a business. “Growing up, if I wasn’t in the water, I wasn’t happy”, Scott says. A fervent fisherman who has won several tournaments, Scott eventually became a boat captain and sailed along the Eastern Seaboard with multiple custom sport fishing boats. After years of captaining, running boat charters and rigging the world’s finest boats, Scott joined Bob Sparks and other partners to create Venture Marine, which built and sold high-end offshore open fishing boats, in 1994.

As Bob explains it, he got into the boating industry “as a matter of survival”. Growing up in Lake Park, he was constantly building and repairing vehicles as a young boy, from push go-karts to skateboards. A self-described “blue-collar guy who just knows how to work”, Bob found himself in the construction business and then the boat manufacturing industry, pulled into the latter after helping a friend build a flat-bottom boat.

Friendship of three
Bob and Scott sold their interest in Venture Marine, with Bob launching Bahama Boat Works in 2004, in West Palm Beach, Florida. As it turned out, his timing couldn’t have been any worse. The devastating Hurricanes Jeanne and Frances blew in just a few days later, literally tearing the roof off Bahama Boat Works. While he had been warned to evacuate, Bob did the only thing that came naturally to him; he simply continued working during the storm. “I just kept it going and worked while the rain dripped on me.”

Scott joined him in 2006 as co-owner, selling the boats, acting as a point of contact for customers, and relaying feedback for Bob’s next craft. “I’m constantly building boats in my head”, Bob says. “I’m always working because I need to stay ahead of the competition when manufacturing. I’m always two or three boats ahead.”

A personal owner of two Bahama crafts, Rob Thomson saw the success his friends were having and came into the company this year to offer his marketing strategy. For Rob – an avid fisherman and boater – it has been a natural extension of a brand of which he has long been a part. As Managing Partner of Waterfront Properties and Club Communities, Rob heads a high-end real estate firm known around the globe. It made sense for him to bring his business and marketing acumen to a watercraft company as luxurious as his real estate one.

“Rob was a big promoter of our company even before he came in as a co-owner”, Scott says. “And now his marketing will put us even more on the map.”

Rob has a marketing and internet reach that spans the globe, bringing in avid, high-end boat lovers from Florida to Dubai. And, no matter where buyers come from, the owners emphasise they will be lifelong allies at sea, available immediately for the rare moments their high-quality crafts need servicing.

“Most times, after the sale, our owners only call us to go fishing”, Scott jokes.