Could the Australian government's scrapping of the 457 visa be a bad move? 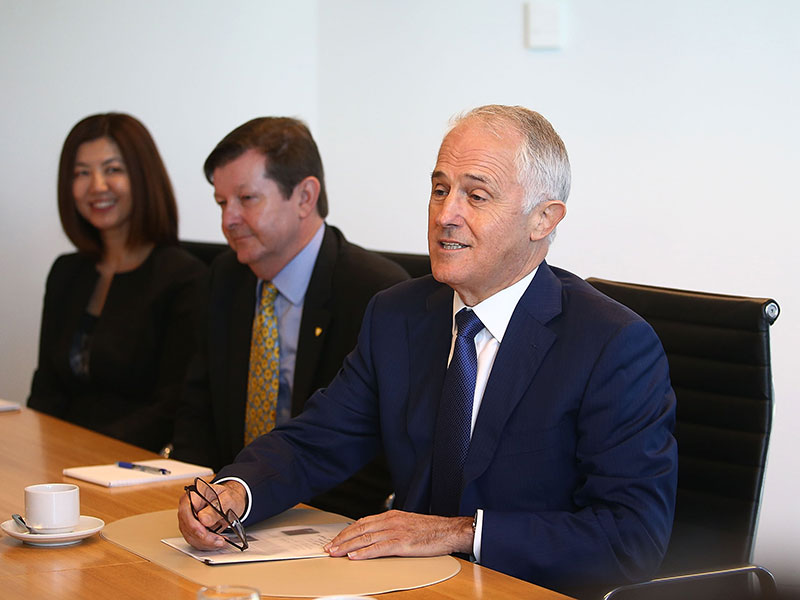 For very arbitrary reasons indeed, the Australian Prime Minister has decided to make it even harder to enter the country.

In a move that has sparked controversy, Malcolm Turnbull said he would “put Australian values first” by kissing goodbye to the 457 visa – which will be replaced by two new systems.

The 457 visa has historically allowed foreign workers the right to stay in Australia for four years, so long as they have one of the 651 jobs deemed acceptable on a government list.

Turnbull has only made himself look like a small canine. Nervous and territorial

This was already fairly tight, but it has now been reduced to 435 occupations.

Turnbull’s policy is more than pointless; it is risky for Australia’s future. Experts largely agree that immigration has been positive for the economy.

And with 457 visa-holders making up less than one percent of the country’s current workforce, it’s really not worth sweating over them taking other people’s jobs.

In his quest for protectionism, Turnbull has only made himself look like a small canine. Nervous and territorial.

Not least because, as part of his visa initiative, incomers will now have to take a series of tests to find out if they can be a good Australian. If you belong to a community group, this is a huge advantage in qualifying.

It’s not only the tests that are simplistic and wrong (‘community groups make you a good Australian’); it’s the Australian government’s narrow view of what helps an economy tick.

Actors and authors, for instance, are two careers that have been chucked out with the 457 visa, presumably because their jobs are thought of as soft and unimportant.

Teachers, nurses and lawyers – on the other hand – are given much credence, as they have followed a linear career path.

Truthfully, the government needs to be far more open-minded about innovation. Its ‘hard skills’ focus will shut out many young people, especially, who often follow flexible routes as they make their way in the world. They will only take their ideas off elsewhere, rather than be told they’re not good enough.

For years the government has made it harder and harder to enter Australia. Even before Turnbull changed the system, requirements were stringent, unless you were rich or working in the sphere of traditional jobs.

Regulations should have eased up, not become more difficult. They should correlate more with the country’s image as a sunny, friendly place to live.

But with Turnbull in charge, the clouds are setting in Australia’s sky.