Since a graphic video of a passenger being dragged off a United Airlines flight emerged last week, much of the good work achieved by the airline’s CEO has been undone 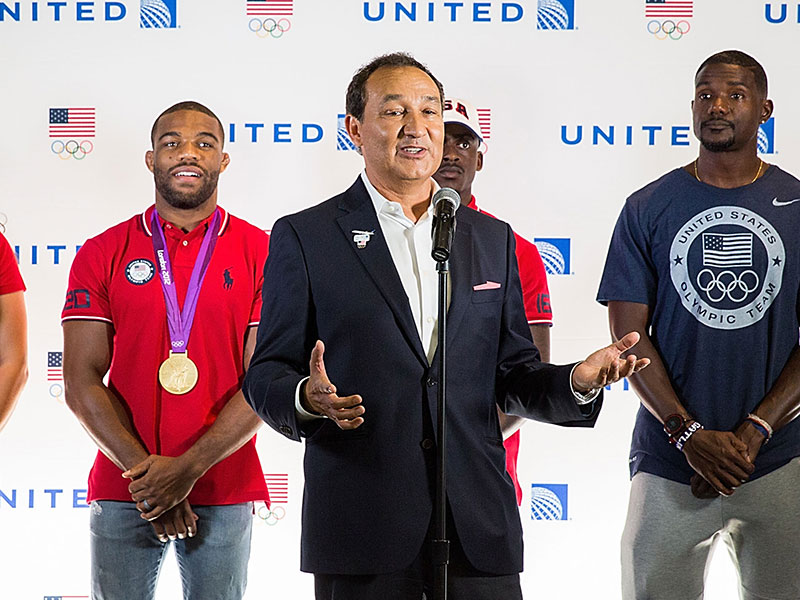 After finding itself on the receiving end of a public relations disaster, United Airlines has scrambled to send a consistent message to the public about its policies, practices and what it plans to change.

Oscar Munoz, CEO of United Airlines, later added to the chaos after an email he penned to staff was leaked, but he has nonetheless described the incident as ‘humbling’.

On April 9, a video emerged of a United Airlines customer being forcibly removed from a flight, receiving several injuries in the process. Despite paying for a ticket, several customers had been asked to leave the aircraft as the flight had been overbooked. It was later revealed that this was to allow for a number of employees from a partner airline to travel instead.

Since his initial apology, Munoz has been making appearances and releasing multiple statements in an attempt to clarify the company’s position on the situation

One passenger refused, and was forcibly removed by security staff at Chicago airport, leaving him with a bloodied face, a broken nose and two lost teeth.

Immediately following the release of the video, Munoz released a statement apologising for “having to re-accommodate these customers”. He also said the airline’s team was working with authorities and the customer to “address and resolve this situation”. The statement was met with strong criticism for its cold and corporate tone, along with its failure to remove the possibility of the same situation happening again.

Adding to the chaos was a leaked staff email, where Munoz said he supported the staff involved and described the customer as being “disruptive and belligerent”.

Since his initial apology, Munoz has been making appearances and releasing multiple statements in an attempt to clarify the company’s position on the situation, making it clear that the airline will no longer remove passengers to allow staff to travel instead.

United Continental Holdings, the airline’s parent company, recently released its first quarter earnings, where it beat expectations. The release included another apology, with Munoz stating: “This will prove to be a watershed moment for our company, and we are more determined than ever to put our customers at the centre of everything we do.”

The public relations disaster has undone much of the good work done by Munoz over the past few years. The airline went through a troubled merger with Continental Airlines in 2010, followed by a bribery scandal involving former CEO Jeff Smisek in 2015. After cycling through three CEOs within the space of a year (due to Munoz having to temporarily step down to undergo a heart transplant), the company initiated a substantial effort to improve customer experience. While seeing some early success, the current scandal is likely to erode any goodwill that may have been gained.