Black day at the office

There are bad days at the office and then there are days so awful they have the potential to cause irreversible damage to a corporation’s reputation. From the 1970s Nestle boycott to modern-day FIFA, John Pontios explores the worst PR catastrophes in history 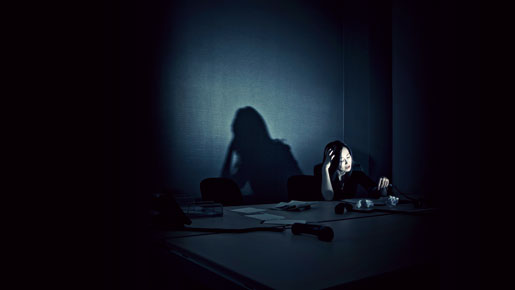 Copious businesses and their heads have, over the years, faced accusations of bribery, claims of overstating earnings or hiding enormous debt, game fixing, diverting millions in company funds for their personal use, obstructing justice, using dubious accounting practices, and even allegations of insider trading. Although nearly all business scandals end up in court with cases costing millions of euros and often resulting in those responsible facing the firing line, it seems greed is worth taking the risk. Often devastating and sometimes unbelievable, the crude reality is that corporate scandals have been around as long as corporations themselves.

Although several companies are entangled in PR catastrophes, only a few cases are so scandalous that they manage to occupy the news for extended periods on a daily basis. There has been a sequence of high-profile cases lately where claims of fraud, corruption and scandal have hit companies at their very core. As the news became public knowledge, the companies in question entered into a whirlwind of damage control through awkward PR campaigns, in an attempt to salvage their organisations’ reputation.

Unfair play
Undoubtedly one of the most prominent presently ongoing cases of alleged foul play can be followed within the daily exposes of FIFA, football’s world governing body. FIFA constantly reminds football’s adoring public that it stands for fair play, discipline and respect, yet its re- cent actions have suggested that those words carry no substance at all.

FIFA’s election of a new president became engulfed by corruption allegations when Asian confederation boss Bin Hammam, the only candidate to oppose FIFA’s president Sepp Blatter, was provisionally suspended alongside Concacaf president Jack Warner over alleged bribery charges. Despite the anger and sheer disbelief of football fans over the scandal, the concern of FIFA sponsors such as Visa, Adidas and Coca- Cola, calls from Prince William, the current FA president, and calls from anti-corruption watchdog Transparency International to delay the presidential election, it still went ahead. Blatter was re-elected unopposed as president in a peculiar one candidate race, in the face of intensifying scandal allegations. At the organisations’ congress in Zurich, he said: “I thought we were living in a world of fair play, respect and discipline, and I unfortunately see this is no longer the case because the famous FIFA pyramid is suddenly unstable and there is a danger.” But that is not where it stopped. More suspensions were triggered after accusations of bribery were called by Chuck Blazer, the US’s FIFA member and secretary general of the Concacaf federation. A leaked email from Jerome Valcke, FIFA’s general secretary, added to the scandal when he allegedly stated Qatar’s hosting rights for the 2022 World Cup had been “bought”. Both Qatar and Valcke deny the claim, saying the email was misinterpreted. The situation escalated further when Concacaf suspended its interim president Lisle Austin after he attempted to remove Blazer from his position on the day of his appointment, saying he did not have the authority. Austin, from Barbados, who had been deputising for Warner after the Trinidadian’s suspension by FIFA, became mixed up in a public row with Blazer after the latter’s claims that Warner and Bin Hammam had paid Caribbean delegates $40,000 each to vote for Bin Hammam in his failed bid for the FIFA presidency. To make matters worse Blazer is now also being investigated over the comments he purportedly made to Caribbean members of FIFA.

Reputation and sponsorship
There is no question of how colossal the damage to FIFA has been and its corporate reputation ranking has plunged heavily over the past few months due to the alleged corruption scandal. Even FIFA associated sponsors, who generated around $1.3bn of FIFA’s annual income last year, began to express their distress at the harm the accusations of corruption were causing FIFA. Most of the sponsors seemed to be eager to see a noteworthy shake-up in the manner FIFA is organised, in an attempt to improve its disclosure and transparency.

Adidas, one of the globe’s leading sports brands, which is continually promoting honest, healthy and clean rules in sport, voiced its anguish over the controversy. Petro Kacur, a spokesperson for Coca-Cola, stressed the importance of preserving the sport’s reputation, saying: “The current allegations being raised are distressing and bad for the sport. We have every expectation that FIFA will resolve this situation in an expedient and thorough manner.” Sponsor McDonald’s said in a statement: “We continue to encourage FIFA and its leadership to reform and strengthen the game of football around the world and expect that the current issues will be resolved in the best interest of the game.” Fortunately the reputation of FIFA’s sponsors’ has not experienced a demur like the one suffered by FIFA, which indicates that sponsors are probably more linked to the World Cup, than to the corporate organisation. The billion-dollar organisation will now have to consider changing its structure to combat corruption because the current arrangement and people in charge have lost gravitas and any respect they once saw from football enthusiasts globally.

To rectify mistakes made and regain the trust of sponsors and the public, a solutions committee has been formed by FIFA, which will include tenor Placido Domingo, former Netherlands forward Johan Cruyff, former US Secretary of State Henry Kissinger, and Brazilian legend Pele. Blatter and the newly formed committee are to decide on whether there has been any misconduct in Qatar’s winning bid. Blatter said: “Let me work on this new approach of the ethics committee now. If this committee of solutions or the ethics committee have the impression that they should do some- thing then let them take the decisions.” Only time will show if a solutions committee will be able to save the day for FIFA.

In deep water
As far as PR disasters go, oil giant BP and the Deepwater Horizon oil rig explosion, which killed 11 men and saw around 4.9 million barrels of crude oil spilled into the Gulf of Mexico, is a seismic example of how not to handle a PR crisis. White House energy advisor Carol Browner referred to the spill as the “worst environmental disaster the US has ever faced”. The oil giant’s response to the physical disaster was more head-on in comparison to FIFA. BP admitted liability and said it made mistakes which led to the oil spill. It then poured money into local communities and capitalised on resources for the capping of the oil well and the following cleanup. Despite the existence of the Oil Pollution Act 1990, which would have limited BP’s liability for non-cleanup costs to $75m unless the US proved gross negligence, BP said it will pay for the entire cleanup regardless of the statutory liability cap.

However, the problem BP had was communication based. BP’s CEO, Tony Hayward, originally downplayed the oil spill in May 2010, saying it is a “relatively tiny” spill compared to the size of the ocean. Hayward, who was accused of coming across as detached and cold, was unable to convince the public that BP was truly sorry about what happened. He appeared resistant to the human side of the catastrophe especially when in May he told a reporter “we’re sorry for the massive disruption it has caused to people’s lives. There’s no- one who wants this thing over more than I do, I would like my life back.”

Hayward was inadequately trained in interviews with the media and soon became the hate figure and scapegoat for all the oil company’s wrongdoings. When, in the beginning of June 2010, the Daily Telegraph reported that Hayward had sold a third of his shares in BP a month before the rig exploded, company shares dropped 30 percent in value. This was despite the Telegraph statement that “there is no suggestion that Hayward acted improperly or had prior knowledge that the company was to face the biggest setback in its history”.

The worse in a long line of PR gaffes, how- ever, came when Hayward decided to take a “day off” in June 2010 to watch the JP Morgan Asset Management Round the Island yacht race off the Isle of Wight while the oil spill continued. Hayward was finally replaced by Bob Dudley in July 2010. BP’s company value dropped $105bn in the space of just two months following the explosion in April 2010.

Have a break
The Nestlé boycott, which expanded into Europe in the early 1980s and is infamous the world over, was triggered by scandals relating to the food processors’ promotion of breast milk substitutes in less economically developed nations. As infant formula needed to be mixed with water, which was often contaminated in poorer countries, this led to disease and death in vulnerable infants.

Most recently however, Swiss Nestle was entangled in a different scandal when it attempted to remove a YouTube Greenpeace ad which showed a bored office worker eating the fingers of an Orangutan wrapped in a Kit Kat wrapping. Nestle, which uses palm oil in some of its chocolate bars to replace expensive cacao butter, has said it will begin to use only ‘certified sustainable palm oil’ by 2015. This pledge, however, came after months of embarrassing encounters with consumers and Greenpeace.

The problem, according to Greenpeace, is that palm plantations are blamed for the obliteration of rainforests in South-East Asia. Protest emails to Nestle from consumers were blocked by the company but it really escalated when Nestle began deleting negative consumer comments from its Facebook page. At one stage the Nestle status read: “We welcome your comments, but please do not post using an altered version of any of our logos as your profile picture as they will be deleted.” That did not calm things down, so a few hours later Nestle decided to post a new status, prefaced with the words “to repeat”. It added: “Thanks for the lesson in manners. Consider yourself embraced. But it is our page, we set the rules, it was ever thus.” Nestle learned the hard way that in the age of social media it is essential to use tact even if the other side cannot see you making the comments.

PR disasters: The lessons learned
The most effective way to deal with a crisis and control damage, is to face it head-on and come clean. Sadly, the risk carries a much broader detrimental effect on the economy than most culprits would initially anticipate and admit to. The burden of corporate scandals is not limited to the investors, management and employees of the companies involved.

Indeed, externalities of the misconduct can spill over to the entire economy and can affect both publicly traded companies in addition to privately held ones. Companies need to assess the damage they have caused to employees not involved in the scandal, to the public and to any potential sponsors or shareholders. Credit is given to companies that accept the event happened and admit responsibility by addressing the public and openly communicating the event and any solutions to resolve the scandal. Although the public does not quite expect hara-kiri, if the situation requires it and big unacceptable mistakes have been made by the corporation which caused death, illness and disaster, it is likely to be crucial that somebody’s head must roll. The company needs a fall guy rather than somebody who protests they would “just like their life back”. The above in conjunction with transparency, without belittling the severity of the issue at hand or trying to shift the bulk of the fault to somebody else, is likely to earn respect from the public following the scandal.