Mastering the art of reputation management in the digital age

With the rise of social networks, it is easier than ever for companies to attract negative publicity. The reputation management industry has been created to give businesses more control over how they are perceived online 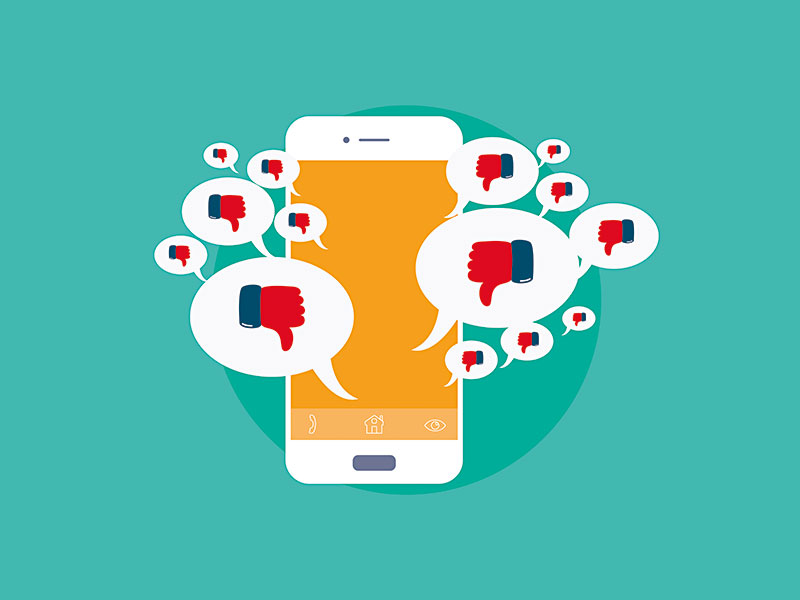 With social networks, customer review sites and personal blogs all having an input, it’s more important than ever for companies to be aware of what’s being said about them
Management

Whether relating to an individual or a business, reputations matter. And in today’s highly connected world, it doesn’t take long for existing or potential customers to hear of corporate transgressions – proven or alleged.

For companies, therefore, it is vitally important that their image remains as unblemished as possible. Not so long ago, this was relatively straightforward: an organisation could simply issue a grovelling apology after some misdeed, take part in a bit of fundraising for a good cause or simply wait out the storm. In the days before the internet, today’s news really was tomorrow’s fish and chip paper.

With the growth of online technologies, however, it has become increasingly difficult for firms to completely expunge the instances of notoriety or disrepute that are attributed to them. As a result, an entire new industry has sprung up to help businesses clean up their acts: reputation management. With social networks, customer review sites and personal blogs all having an input, it’s more important than ever for companies to be aware of what’s being said about them.

Mud sticks
An Ipsos MORI survey held last year demonstrates just how much value businesses attribute to their reputations. The study, which specifically focused on business owners and operators in the travel sector, found that 97 percent of respondents believed online reputation management is important to their success. A similarly high 98 percent said the same of online reviews – and a growing body of research indicates they are right to hold such beliefs.

With the growth of online technologies, it has become increasingly difficult for firms to completely expunge instances of notoriety or disrepute

A Google Survey held in 2014, for example, found that firms risked losing 22 percent of business if just one negative article about them appeared within the first page of Google’s search results. If three negative articles were returned, the proportion of lost customers hit 59.2 percent.

“Most companies… do an inadequate job of managing their reputations in general and the risks to their reputations,” Kajal Shah, senior account manager at London-based PR company the PHA Group, told European CEO. “Many companies remain focused on managing reputation from a risk-mitigation perspective. Some forward-looking companies have grasped this reality and are focused on enhancing [their] reputation to create business value. Managing reputation is about more than winning hearts and minds; it must deliver tangible outcomes to the business.”

It will come as no surprise to anyone that the internet now plays a key role in how businesses are perceived. This is not purely due to the technology’s ubiquity, though: it is also a result of consumer attitudes. A recent survey conducted by communications consultancy the McCarthy Group found that 84 percent of Millennials neither like nor trust traditional advertising.

This means that young people are relying more heavily on recommendations than previous generations, whether they come from social networks, YouTube or online review platforms. With this being the case, a single disgruntled customer can cause significant amounts of damage to any firm that disregards how important its online reputation really is.

Learning from mistakes
How a company goes about managing its reputation can vary massively – there are a number of methods that can be employed, and an organisation’s industry and budget are likely to determine which one they choose. Today, one of the first things companies must realise when looking to maintain or improve their reputation is that the business-customer relationship has changed in recent years.

Organisations are no longer selling to a passive audience – user-generated content is now a critical part of how a company is perceived. At any given moment, there could be tweets about a company’s products, Facebook statuses regarding its quality of service, or appraisals from Instagram influencers. Businesses do not have to respond to every customer interaction – for some firms this simply wouldn’t be possible – but it would be a mistake to ignore them completely.

“Senior management, public relations advisors, lawyers and other key stakeholders should all be involved in determining how a company should approach issues, ensuring that any response is appropriate to various circumstances,” Shah explained. “For example, different strategies will be needed when dealing with a public campaign or anonymous blogger on social media or negative press from traditional print media.”

It’s also worth remembering that every instance of a customer giving feedback – positive or negative – represents an important opportunity for businesses to shape their reputation. Where organisations have made a mistake, owning up and making amends publicly can be a great way of turning a potential PR nightmare into a reputational win. Social media in particular provides a great medium for achieving this. It also lets brands showcase their personality, allowing them to cultivate a reputation that is light-hearted, friendly or ethically sound.

As the digital landscape is so vast and fragmented, businesses sometimes ask for outside help in crafting the right online reputation. Small and medium-sized firms in particular have started to rely on reputation management software to help them monitor and assess what’s being said about them online.

Web and social media monitoring are some of the more commonly found functions of any reputation-management tool, as they allow businesses to quickly and easily note the number and type of mentions they have been receiving, and let them engage with them if desired. Software can also identify and send notifications when there is a sudden spike in the frequency of online mentions, enabling firms to identify potential issues before they spiral out of control.

Coming clean
It is understandable that businesses are employing bespoke software to help them manage their online reputations – after all, social media is something of a minefield. Many firms that have tried to engage with customers have seen their attempts backfire spectacularly.

Humour is an especially tricky subject that can result in a brand being tagged as crass or insensitive if it gets the tone of its messaging wrong. This was certainly the case last year when multimedia messaging app Snapchat asked users if they would rather ‘slap Rihanna’ or ‘punch Chris Brown’. With users viewing the marketing stunt as making light of the domestic abuse Rihanna suffered at the hands of Brown, thousands deleted the app.

Transparency when engaging in reputation management is also essential. Employing unscrupulous tactics – like creating fake positive reviews – may give reputations a short-term boost, but they are likely to result in heavy damage once the truth is inevitably revealed. Even Amazon’s decision to deploy a number of ‘brand ambassadors’ on Twitter to defend its working practices has been criticised for appearing inauthentic.

“One of the most important things that organisations can do to minimise the risk of reputational damage is to be honest,” Shah said. “If an organisation is honest with [its] stakeholders throughout disruption, those stakeholders will be more likely to have trust in the organisation and [its] ability to resume business and return to normal. This builds confidence and retains brand value.”

Rather than trying to cover up mistakes or doubling down on bad practices, some of the most effective approaches to reputation management involve honesty above all. If brands own up to bad service, show contrition for mistakes and demonstrate that they are putting the appropriate solutions in place, then most consumers will be prepared to give them a second chance. That is a much better way of cultivating a reputation that consumers can trust.